The Cleveland Indians are partnering with Walls of Love for the organization's 1,000th wall, which will be built on the fencing of Progressive Field. 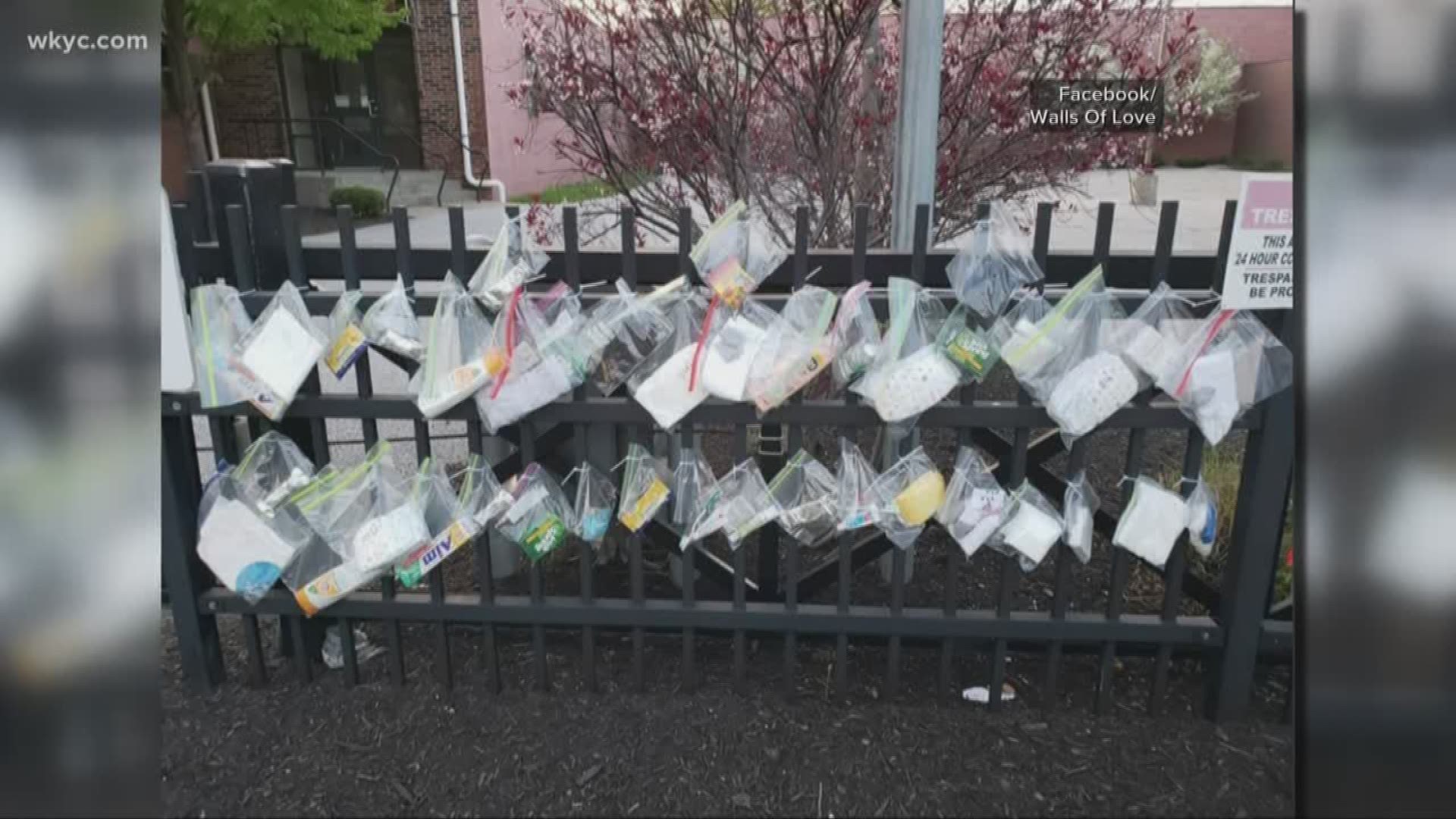 Nearly three years after its inception, Walls of Love is preparing to place its 1,000th wall. And it's going to be in a very special place.

On Friday, the Cleveland Indians announced that they have partnered with Walls of Love for an "epic" 1,000th wall, which will be placed at the ballpark fencing at Progressive Field on the corner of Carnegie and Ontario at 10 a.m. on Saturday, Sept. 4. Donations are still needed for the wall, which will aim to back the community and those in dire need during the coronavirus (COVID-19) pandemic.

Founded by Holly Jackson in Cleveland, Walls of Love is a nationwide initiative in which walls are built with winter gear and hanging necessities for those in need. To this point, the organization has built 999 walls, which have been placed in Ohio, Michigan, Colorado, Alaska, Virginia, Arkansas, Maryland, Texas, Florida, Kentucky, Alabama, New York, New Jersey, Georgia, North Carolina, Pennsylvania, Illinois, South Carolina, Missouri, helping more than 325,000 individuals in the process. Additional walls are planned to be placed in California, Louisiana, Massachusetts, Vermont, Arizona and Canada in the near future.

Since launching in 2018, Walls of Love has received national recognition from Woman’s World Magazine, Houstonia Magazine, The Washington Post, Nick Cannon’s Morning Show, The Kelly Clarkson Show, Hoda and Jenna, CNN and TODAY. Walls of Love describes its mission as simple but powerful: to spread love in the community to support those in need without stigma.