Cleveland's stadiums, arena grade out well in ESPN Outside the Lines report

Cleveland's Progressive Field, FirstEnergy Stadium and Quicken Loans Arena graded out well in ESPN's Outside the Lines report on concessions violations at stadiums and arenas in the four major sports. 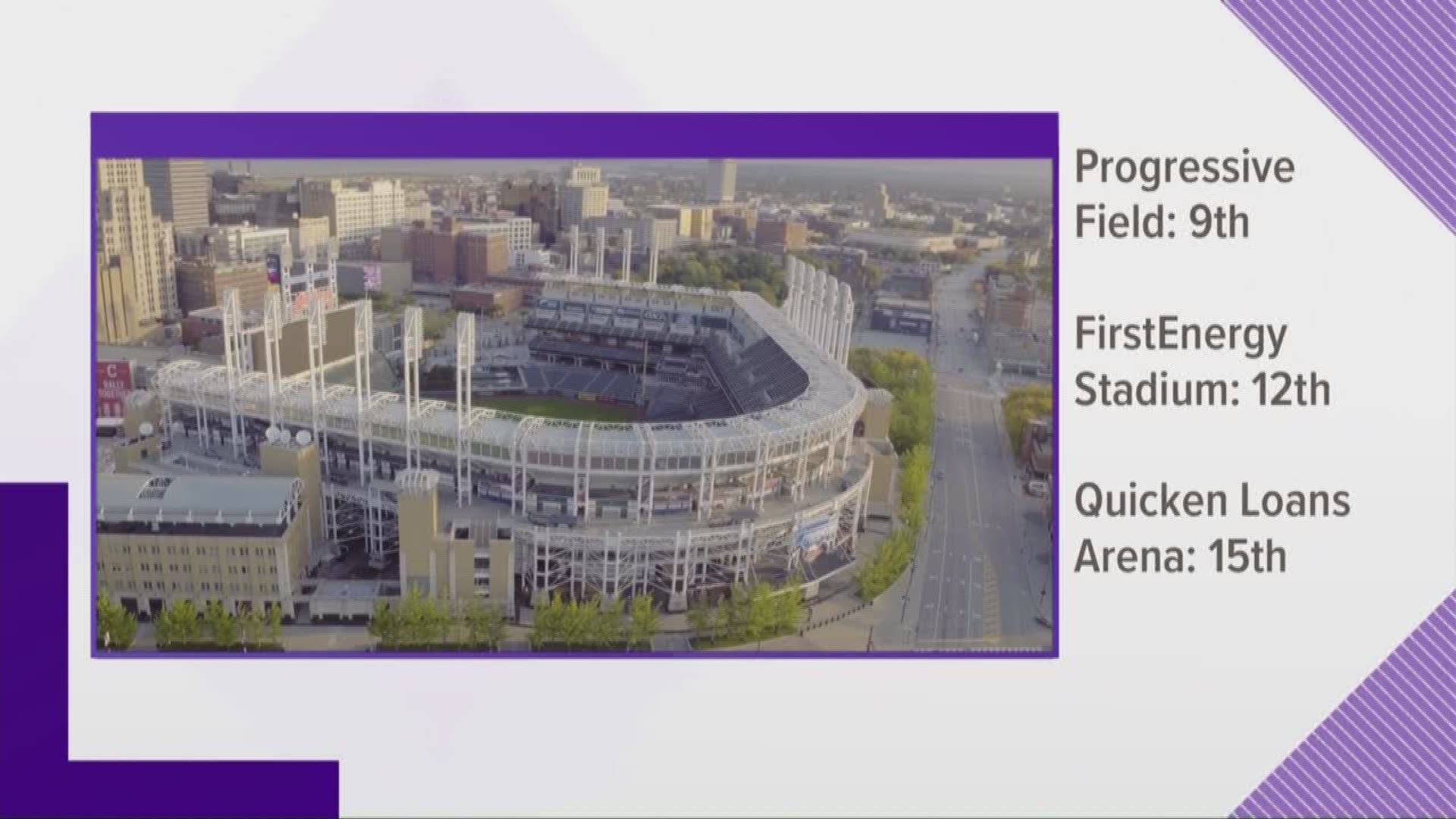 With Michael Symon, Rocco Whalen and Jonathan Sawyer championing the cause, Cleveland has emerged in recent years as a city with high quality food, and that has proven to be true not only with restaurants, but also, the ballparks and arenas around town.

According to an ESPN Outside the Lines report, Cleveland’s three sports venues, Progressive Field, FirstEnergy Stadium and Quicken Loans Arena, were among the best in North America’s four professional sports leagues: the NHL, NBA, NFL and Major League Baseball.

Among Cleveland’s venues, Progressive Field (9.02 percent) had the ninth-lowest percentage of concessions issues in all of sports. FirstEnergy Stadium (11.11 percent) ranked 13th, while Quicken Loans Arena was 15th (13.92 percent).

Credit: Matt Florjancic
Among Cleveland’s venues, Progressive Field (9.02 percent) had the ninth-lowest percentage of concessions issues in all of sports.

ESPN’s Outside the Lines studied nearly 17,000 safety inspection reports from health departments around the country and their counterparts in Canada when compiling the rankings.

Of the arenas ranked higher than Progressive Field, only two (Oracle Arena in Oakland, 1966 and the Bradley Center in Milwaukee, 1988) were older. Progressive Field was built in 1994 and has undergone several notable renovations in recent seasons.

Credit: Matt Florjancic
Quicken Loans Arena had the fifth-best rating in the NBA for concession stand health and safety inspections.

As part of those improvements, the Cleveland Indians have partnered with several local restaurants, including The Brew Kettle, Melt Bar and Grilled, Dynomite Burgers, Dante’s Inferno Pizza, Barrio, Sweet Moses, Happy Dog, Ohio City Burrito, Cleveland Pickle, Momocho, Fat Head’s Brewery and the Great Lakes Brewing Company, to provide visitors to Progressive Field with a variety of food options above and beyond the standard ballpark fare.

Credit: Matt Florjancic
FirstEnergy Stadium was ranked four among all NFL stadiums for the fewest amount of concession stand health and safety issues.

Cleveland fared much better in the study than its Ohio counterparts: Cincinnati’s Paul Brown Stadium and Columbus’ Nationwide Arena.