Ohio Gov. Mike DeWine said on Monday that he anticipates the state's baseball stadiums to be able to host 30 percent of their capacities at games this season. 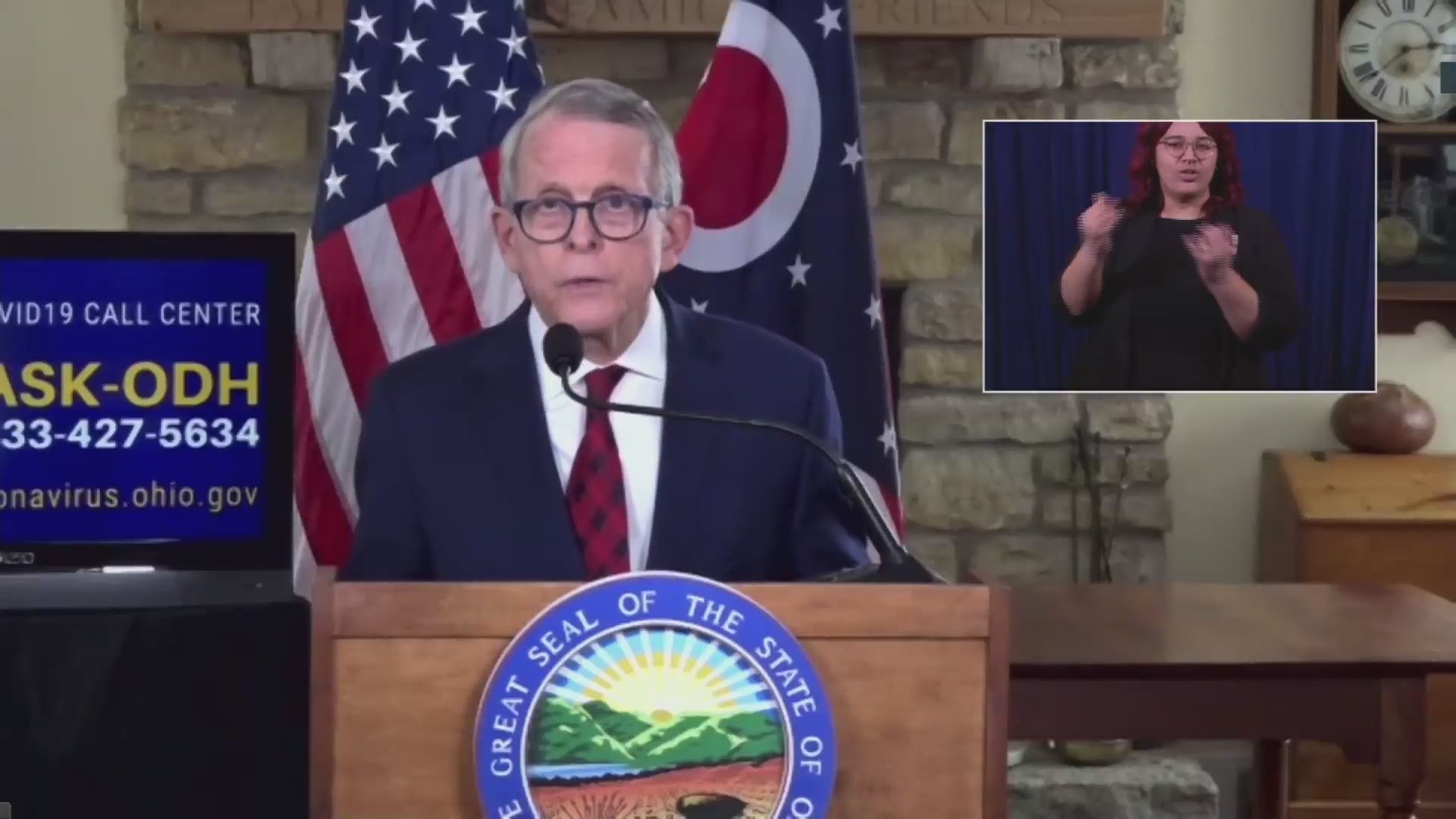 CLEVELAND — At a press briefing on Monday, Ohio Governor Mike DeWine said that he likely won't make an official announcement regarding how many fans will be permitted to attend baseball games this season until Thursday.

He did, however, reveal that he anticipates that teams across the state -- including the Cleveland Indians -- will be permitted to host 30 percent of their stadium capacities when they start their seasons this spring.

For the Indians, that means they'll likely be allowed to host approximately 10,500 fans at Progressive Field to start the 2021 season. DeWine noted that teams across the state are planning on using pod seating systems to increase social distancing and that the wearing of masks will be mandatory, as was the case at football games this fall.

"The Cleveland Indians are excited at the prospect of playing host to fans at Progressive Field in April 2021," said Danburg. "While we finalize our health and safety protocols in collaboration with the Cleveland Clinic, local and state officials over the next few days, we did begin communication to Season Ticket Holders today regarding our proposed plans to accommodate fans this season."

As has often been the case during the pandemic, DeWine said that circumstances can change, especially as a more contagious variant of the coronavirus (COVID-19) becomes more prominent in Ohio. DeWine also said that with more people being vaccinated by the summer, the possibility exists that attendance could later be permitted to increase.

Last month, the Indians announced that they have partnered with the Cleveland Clinic in order to develop a plan for a safe return of fans to Progressive Field after attendance was permitted at any point during the 2020 season. The Indians' 2021 season is scheduled to start on the road at Detroit on April 1 with their first home game coming vs. the Kansas City Royals on Monday, April 5.

You can watch DeWine's full press briefing from Monday in the video player below.