Fans on both sides of the debate have had strong reactions to MLB's announcement that the Cleveland Indians will abandon their Chief Wahoo logo in 2019. 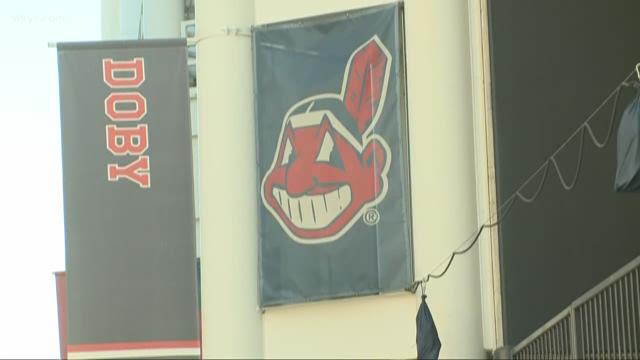 CLEVELAND -- The Cleveland Indians will abandon the use of the Chief Wahoo logo ahead of the 2019 season, Major League Baseball and the organization said in a statement released to The New York Times on Monday.

First utilized on Cleveland’s uniforms in 1948, the Chief Wahoo logo has brought out passion from both sides of the debate, including from MLB Commissioner Rob Manfred, who cited the need for “diversity and inclusion” in the statement announcing the elimination of on-field use of the logo.

WKYC reporter Jasmine Monroe visited with a member of the American Indian movement of Ohio who's Progressive field isn't so Progressive. The group while this is a step in the right direction, it's just not enough.

Watch the full interview in the player below:

The reaction on social media has been swift, with people on both sides of the debate.

There are those who believe the move to abandon Chief Wahoo is long overdue.

Wait. Folks are actually caping for the #Indians to keep Chief Wahoo?

Have you SEEN this logo? Do you not see how awful it is?

Change it all, @Indians. The name, the logo, all of it. Relinquish your trademarks, and bury one of the most conspicuously racist images in sports. I am glad that I won't have to see a red Sambo on my hometown team's uniforms, but this here is piecemeal. https://t.co/IOUdxtVYAu

Breaking: from yahoo sports....RIP CHIEF WAHOO 1947-2019 and not a MOMENT TOO SOON thank you @Indians for this important decision and for FINALLY doing the right thing

Here is a detailed view of the Chief Wahoo logo on a Cleveland Indians baseball hat during photo day at Goodyear Ballpark.

And then, there are those who believe Chief Wahoo was not a racist depiction of Native Americans and should remain one of the team’s official logos.

No more Chief Wahoo, too bad, one of the coolest logos in sports.

Chief Wahoo is iconic. He’s a symbol of the history and legacy of Cleveland baseball. Indians were the first professional baseball team to have a player of Native American descent. The chief was created out of honor, not racism. Never will I stop embracing him. #KeepTheChief

Chief Wahoo will always have a place with us. It had supporters who were good people with good hearts.

It also had support of hateful people with sour hearts, and that was the beginning of it’s end.

With Chief Wahoo dying, a big part of me has died too

The Indians are set to host the MLB All-Star Game at Progressive Field in 2019, and while the caricature will remain on items for sale in the team shop and stores around the Cleveland area, it will not be anywhere on the field or signage in and around the stadium.

The Indians will retain the trademark of Chief Wahoo.

I don’t love that the Indians will still sell merch with the logo on it, but less Chief Wahoo is an improvement. Eventually it will be completely phased out. Not soon enough but better than nothing.