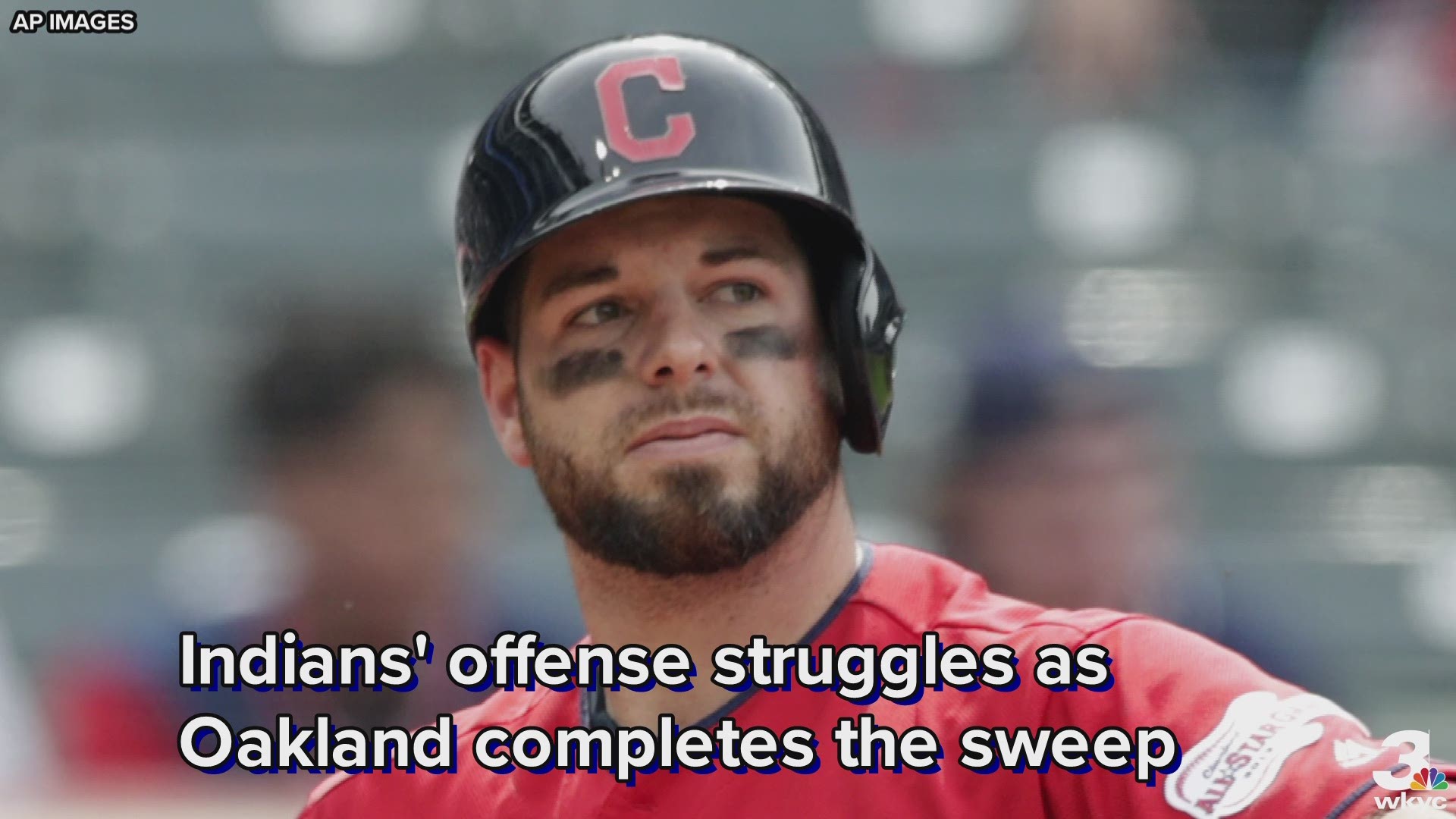 CLEVELAND (AP) — Frankie Montas pitched six scoreless innings, Mark Canha homered and drove in three runs and the Oakland Athletics extended their winning streak to six with a 7-2 victory over the Cleveland Indians on Wednesday.

Nick Hundley had three hits, including a solo homer and two RBIs. Robbie Grossman also drove in a pair of runs as Oakland swept the three-game series and reached the .500 mark for the first time since April 26.

The Athletics completed a 6-2 road trip and have won 10 of their last 14. Those numbers don't include a game last weekend that was suspended in Detroit with the A's leading 5-3 in the seventh inning.

Montas (6-2), who struck out nine, has not allowed more than three earned runs in his 10 starts this season. The right-hander gave up five hits, four of them over the first two innings, in lowering his ERA to 2.40.

Canha, filling in for injured designated hitter Khris Davis, hit his seventh home run and a double. Davis underwent an MRI on his ailing left hip, but has not been put on the injured list while the team awaits the results.

Jason Kipnis singled in the Cleveland fifth, marking the 17th straight game he has reached base. Oakland's Stephen Piscotty, who did not play, has a 21-game on-base streak.

Earlier in the day, Indians outfielder Carlos Gonzalez was designated for assignment and catcher Eric Haase was recalled from Triple-A Columbus. Catcher Roberto Perez suffered a concussion Tuesday, but does not require a stay on the IL.

Gonzalez, who signed a minor league contract in spring training after spending 11 years with Colorado, batted .210 with two homers and seven RBIs in 30 games.

Athletics: LHP Brett Anderson (cervical strain) will make his next scheduled start Sunday. The 31-year-old awkwardly twisted his neck in the fifth inning Monday while avoiding both pieces of a broken bat and a baseball hit by Indians catcher Roberto Perez.

Indians: RHP Corey Kluber (right arm fracture), who was struck by a line drive on May 1 at Miami, will have an X-ray taken Thursday. The two-time AL Cy Young winner could have his hard cast replaced with a removable splint if the test reveals healing.

Indians: RHP Adam Plutko (1-0, 1.50 ERA) makes his second start of the season Thursday in the first game of a four-game set against Tampa Bay.