Reyes hit a two-run home run during a rehab assignment in Akron on Thursday. 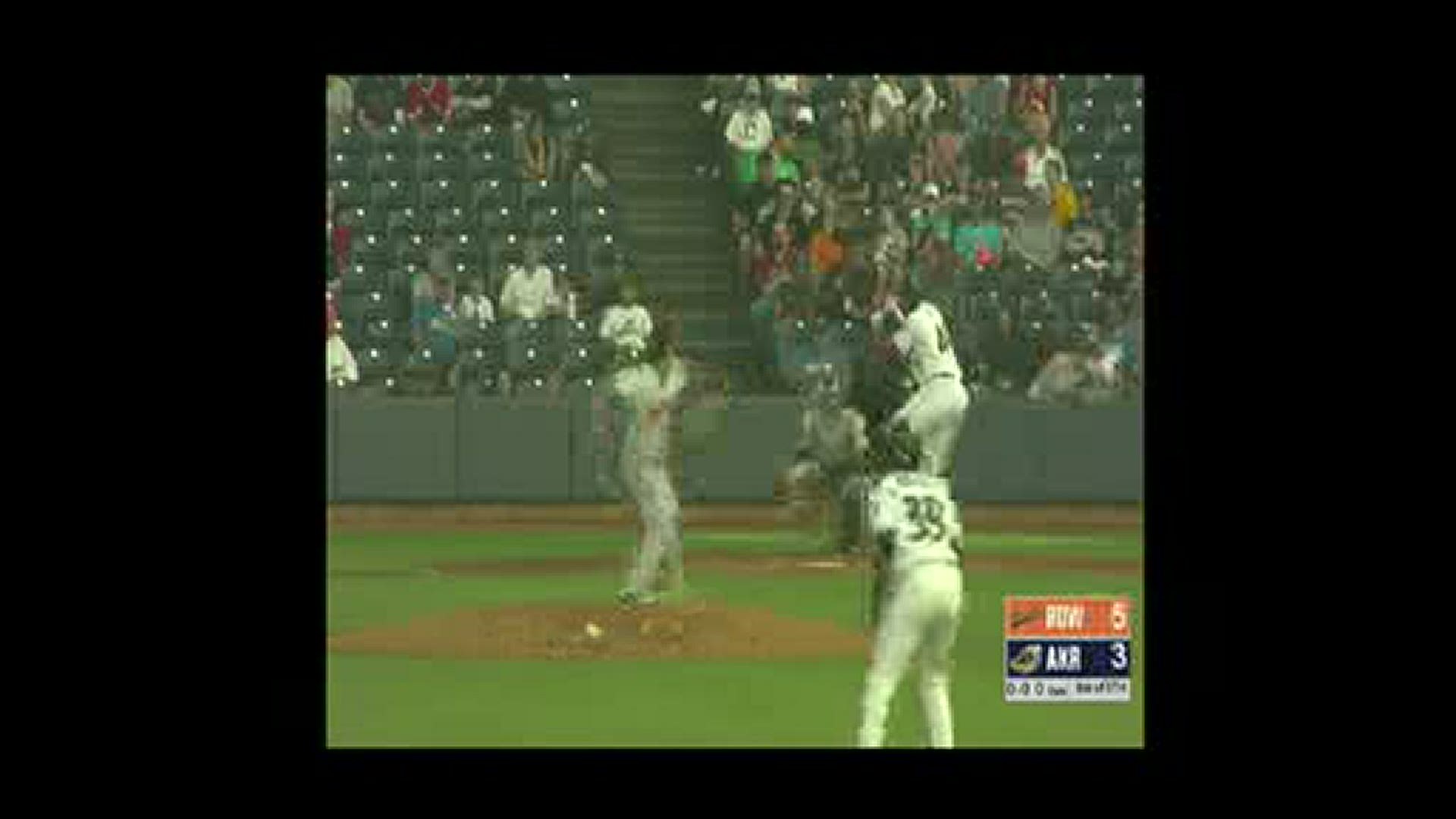 AKRON, Ohio — The Cleveland Indians have activated Franmil Reyes from the injured list.

And if his rehab assignment this week was any indication, the Indians' designated hitter is ready.

Appearing in his third rehab assignment game with Cleveland's Double-A affiliate, the Akron RubberDucks, Reyes hit a two-run home run in the bottom of the fifth inning of Akron's 12-5 victory over the Bowie Baysox on Thursday. Reyes' home run marked his second in as many games and helped cap a three-game stint with Akron in which he went 3-for-7 with two home and three RBI.

You can watch Reyes' home run from Thursday in the video player above, courtesy of the Akron RubberDucks.

BOT 5: ANOTHER FRANMIL BOMB! @La_Mole_13 smacks this two-run dinger 403 ft (104 exit velo) over the @firstenergycorp power alley in left field to tie us up!

Including a four-game stint with Triple-A Columbus last week, the 25-year-old Reyes went 7-for-19 with three home runs and five RBI as he continued to work his way back from an oblique injury that has kept him out of Cleveland's lineup since May 22. The right-handed hitter's return to the Indians' lineup will be a welcome one as he had hit for a .257 average (.893 OPS) with 11 home runs and 29 RBI through his first 40 games of the 2021 season.

In order to make room for Reyes, the Indians have sent infielder Yu Chang to Triple-A Columbus.

In addition to Reyes, Roberto Perez is also expected to make his return to Cleveland on Saturday after recovering from a broken finger that has kept him sidelined since May 3. Despite battling a plethora of injuries already, the Indians enter Friday night's matchup with the Houston Astros laying claim to a 42-36 record while sitting five games back of the Chicago White Sox in the American League Central Division standings.