'I think the club did a good job': Gov. Mike DeWine reacts to Cleveland Indians changing name to Guardians with 3News' Russ Mitchell

DeWine has been involved in the negotiations to secure a long term lease for the team at Progressive Field. 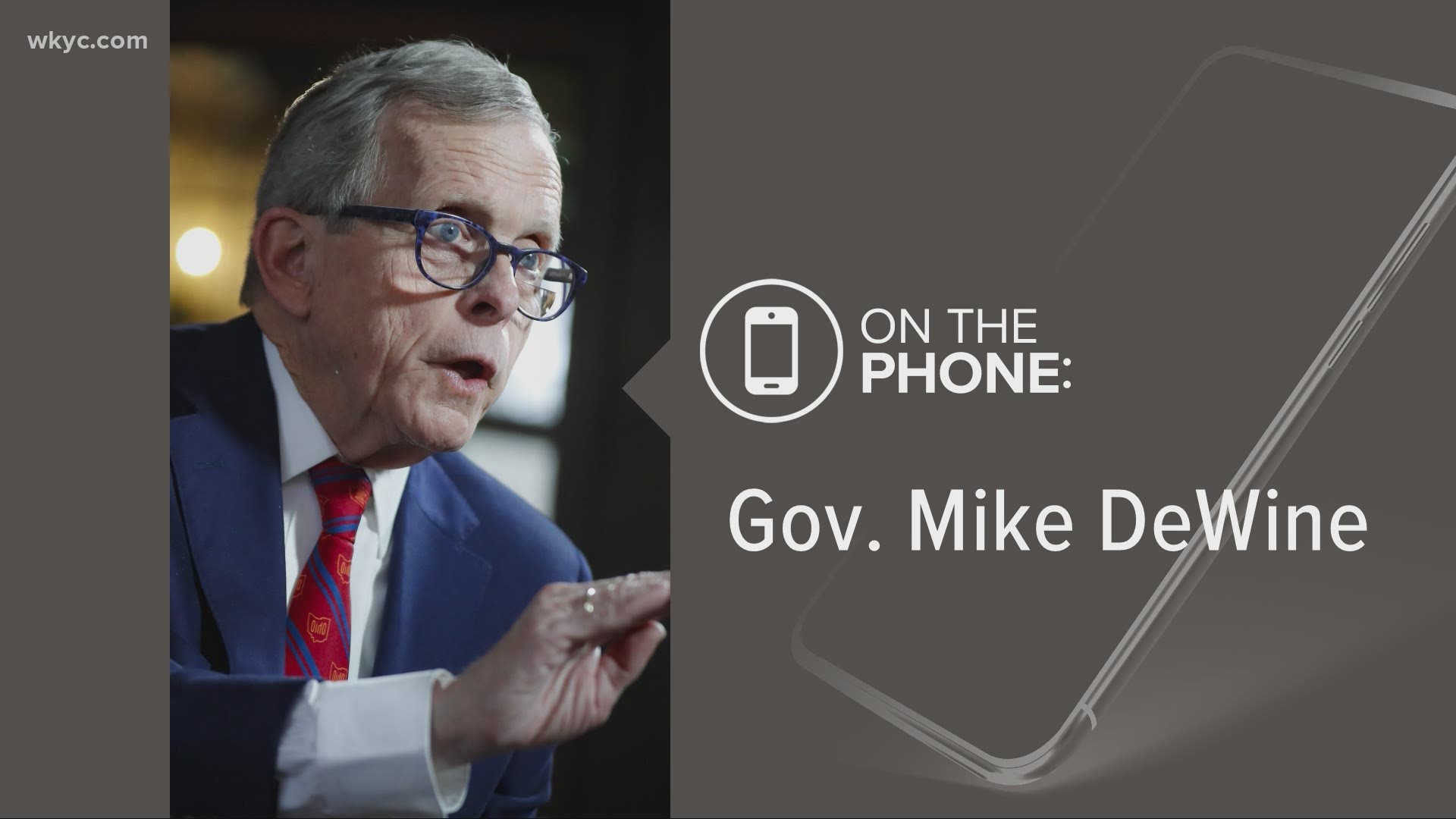 COLUMBUS, Ohio — Ohio Gov. Mike DeWine weighed in on the Cleveland Indians' decision to change its nickname to Guardians in a Friday phone conversation with 3News anchor and managing editor Russ Mitchell.

"Change can be tough," DeWine told Mitchell. "But I think the club did a good job and the name Guardians is just fine. It does have a connection with Cleveland."

DeWine added that he did like the team's announcement video that featured actor Tom Hanks. He also told Mitchell that the most important part of the changes is that the team's name still has Cleveland in front of it.

The governor has been involved in the ongoing negotiations between the Cleveland baseball franchise, the city of Cleveland, and Cuyahoga County for a long-term lease for the club. Sources told 3News' Mark Naymik that the governor offered to seek $30 million to be doled out over 15 years. 3News also learned that negotiations include two five-year extensions, which could keep the team here for a total of 25 years.

“I’m just trying to look down the road for Cleveland’s protection and for the fans' protection,” DeWine told Naymik last week.

DeWine would not disclose specifics of the lease negotiations, but said he would not agree to ask lawmakers for money unless the team committed to a long-term lease.