The Cleveland Indians could be in the market for a bat -- or two -- ahead of Monday's 2020 MLB Trade Deadline. 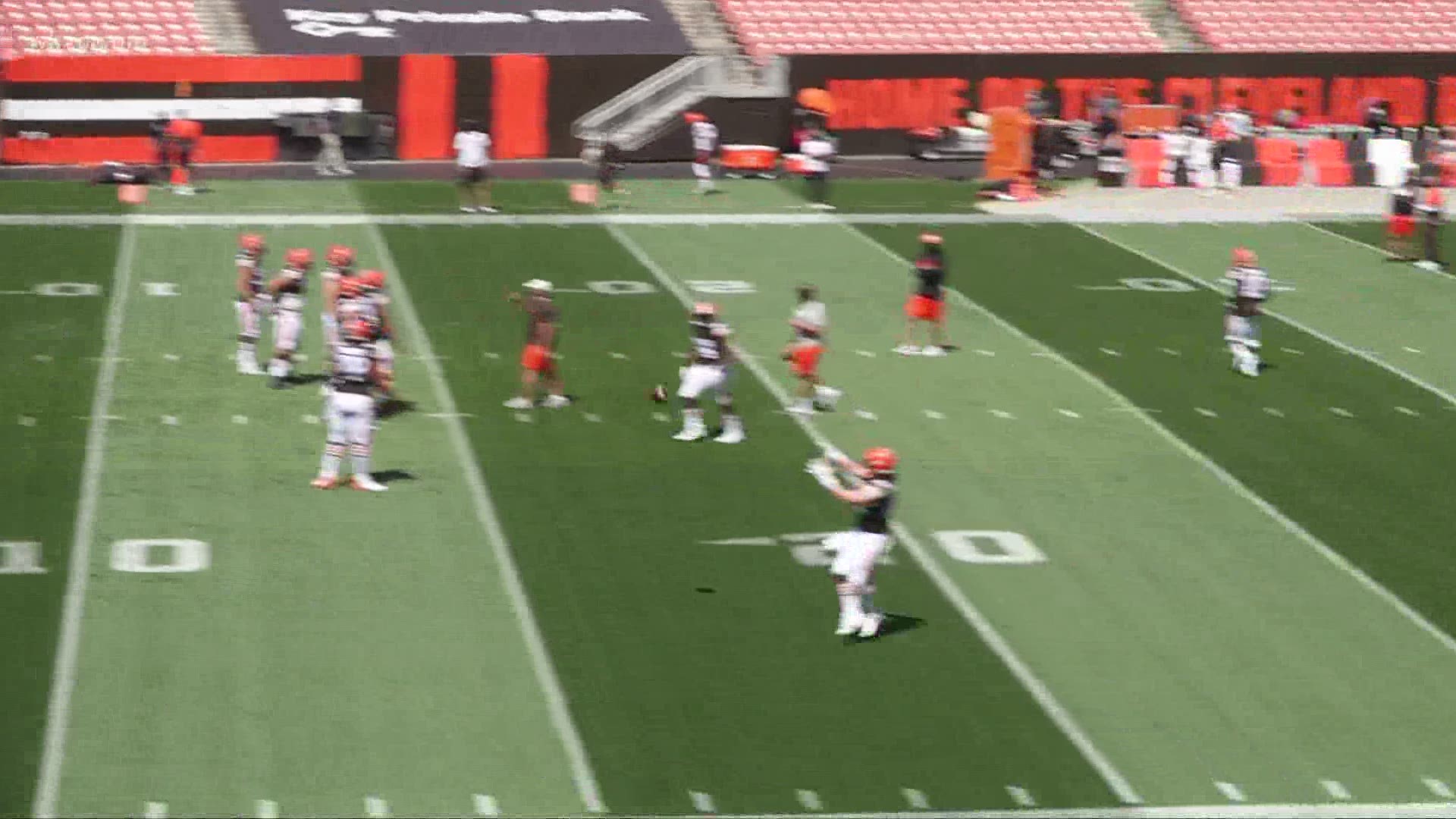 CLEVELAND — Heading into the 2020 MLB Trade Deadline, the Cleveland Indians figured to be one of the league's more active teams.

But while much of the speculation surrounding the Tribe was initially in regards to where Cleveland will deal Mike Clevinger, that doesn't mean the Indians won't be making an addition of their own.

Even after receiving six players from the San Diego Padres in return for Clevinger and outfielder Greg Allen, Cleveland still has at least one glaring need as Monday's 4 p.m. ET trade deadline approaches. Although the Indians are currently tied for first place in the American League Central with one month left in the shortened 2020 season, the team's outfield remains a weakness and potential Achilles' heel.

While the acquisition of Josh Naylor from San Diego could help Cleveland's efforts in that regard, the Indians' front office's work on Monday might not be done there. With that in mind, here's a list of potential trade targets for Cleveland heading into Monday's trade deadline.

A 2019 All-Star selection, Joey Gallo possesses the versatility to play multiple outfield positions and the type of power the Indians offense craves. According to ESPN's Jeff Passan, the Rangers are listening to offers for the 26-year-old who still has two years of team control remaining on his contract after 2020, but their asking price is high.

While he doesn't possess the same pop as Gallo, Jackie Bradley Jr. is the type of consistent everyday contributor the Indians' outfield has lacked in recent years. With the 30-year-old only under contract through the remainder of the season, he could prove to be more attainable for Cleveland, with the Indians and San Francisco Giants both possessing interest in the left-handed hitter, per Jon Heyman.

As opposed to past trade deadlines, Whit Merrifield's name hasn't been as frequently floated in potential deals but that shouldn't stop the Indians from trying to pry him from their division rival. A career .296 hitter and 2-time MLB steals champion, the 31-year-old Merrifield would add a new dimension to Cleveland's offense, while the three remaining years on his contract come at a reasonable price for the cost-conscious Indians.

After being acquired from the Pittsburgh Pirates earlier, Starling Marte's time with the last-place Diamondbacks might not last much longer. According to Ken Rosenthal of The Athletic, Arizona is listening to offers for the 2016 All-Star, with the New York Yankees being the most prominent suitor.

With his $11.5 million salary for this season being prorated, however, Marte is the type of rental that would make sense for the Indians to target. And with a club option available in 2021, Cleveland would have some flexibility to flip him again on the trade market in just a few months.

The grandson of Boston Red Sox legend, Carl Yastrzemski, Mike Yastrzemski is currently building on his promising rookie year. And if the Giants (17-19) opt to sell high on the 30-year-old, the Indians would stand out as an obvious suitor.

Between his high upside and five years of team control remaining on his contract, the left-handed Yastrzemski fits the profile of the type of player Cleveland covets. And while it may seem unlikely that San Francisco would part ways with such a promising player, his age and the state of the team's rebuild could make this a unique situation.