Cleveland Indians outfielder Franmil Reyes apologized for attending a Fourth of July celebration that led to him missing workouts out of precaution. 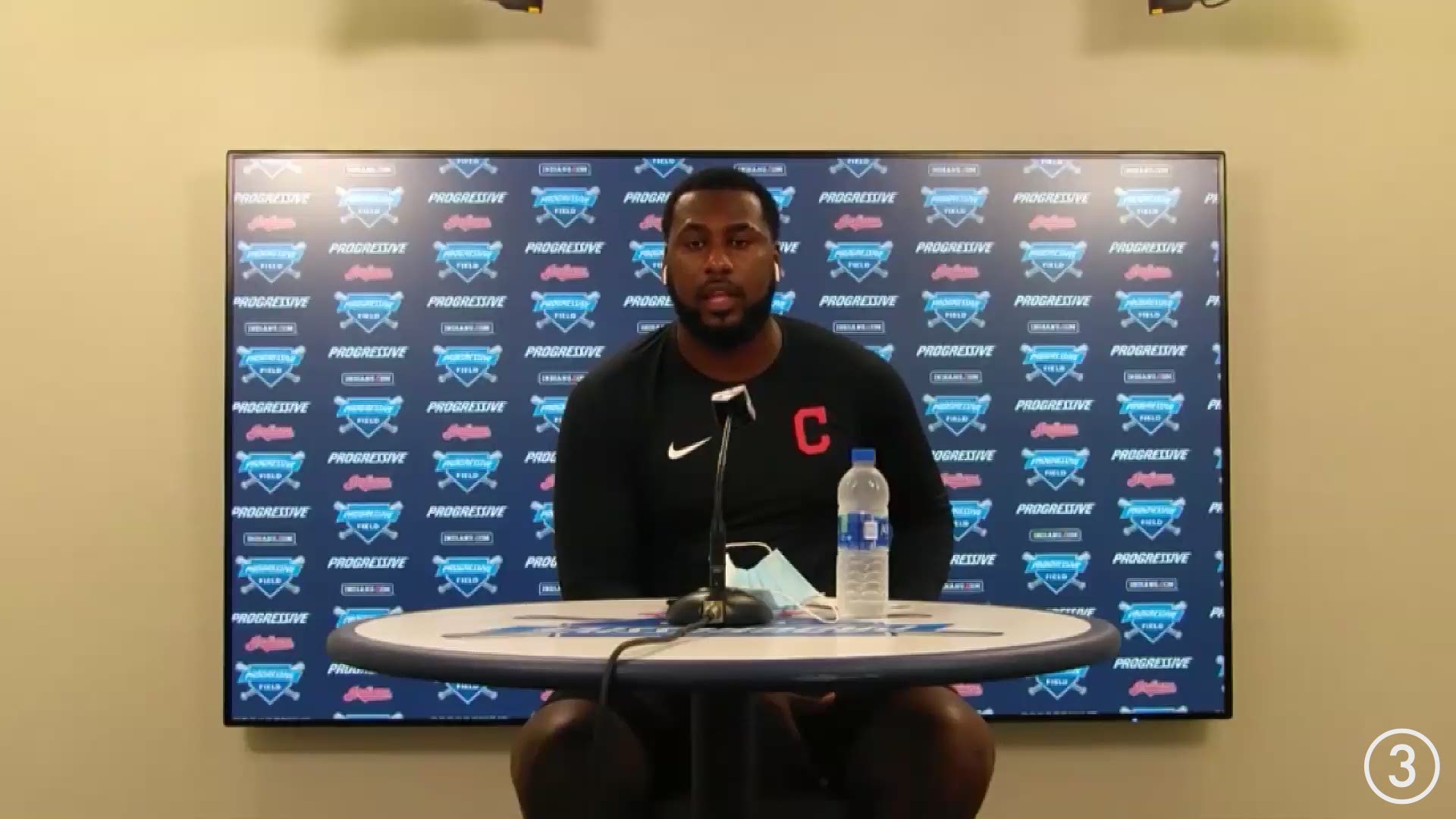 CLEVELAND — When Franmil Reyes received a call telling him he'd need to stay away from team workouts for a few days, the Cleveland Indians outfielder/designated hitter understood why.

After Reyes was spotted on social media attending a Fourth of July gathering and not wearing a mask last weekend, the Indians opted to not allow him back at Progressive Field until he passed an appropriate coronavirus (COVID-19) test.

"They did the right thing they have to do to protect ourselves," Reyes said during a conference call with reporters on Thursday -- his second day back at the ballpark after testing negative for the virus. "I really apologize because I was not protecting myself and my teammates. I learned from it and now it won't happen again because I really don't want to stop practicing. I really apologize about that."

While Indians manager Terry Francona made it clear Reyes wasn't being punished -- "He's not in the penalty box. I want to make that perfectly clear," he said -- he did admit that the moment served as a learning lesson for his team. With Major League Baseball's shortened 60 game season just two weeks away, the Indians are taking as many precautions as possible to ensure their players stay safe and their season remains on track.

That wasn't lost on Reyes, who made a point of apologizing for his actions.

"It's really important to protect ourselves when you go out there," he said. "Not just thinking about you, you have a lot of teammates here that are ready to go, ready to give their 100 percent for the season. It's really risky when people do the things I was doing on Saturday. I really apologize and I swear it won't happen again."

Acquired from the San Diego Padres in a three-way deal also involving the Cincinnati Reds last season, the right-handed Reyes hit for a .237 average (.772 OPS), 10 home runs and 35 RBIs in 51 games with Cleveland last season. After primarily serving as the team's designated hitter, Reyes is expected to also play in the Indians' outfield in 2020 following the offseason departure of Yasiel Puig.

The Indians are slated to open their 60-game 2020 season on July 24, when they'll host the Kansas City Royals at Progressive Field.