Our Lifetime Achievement Award winner spoke with the man who is about to join the club! 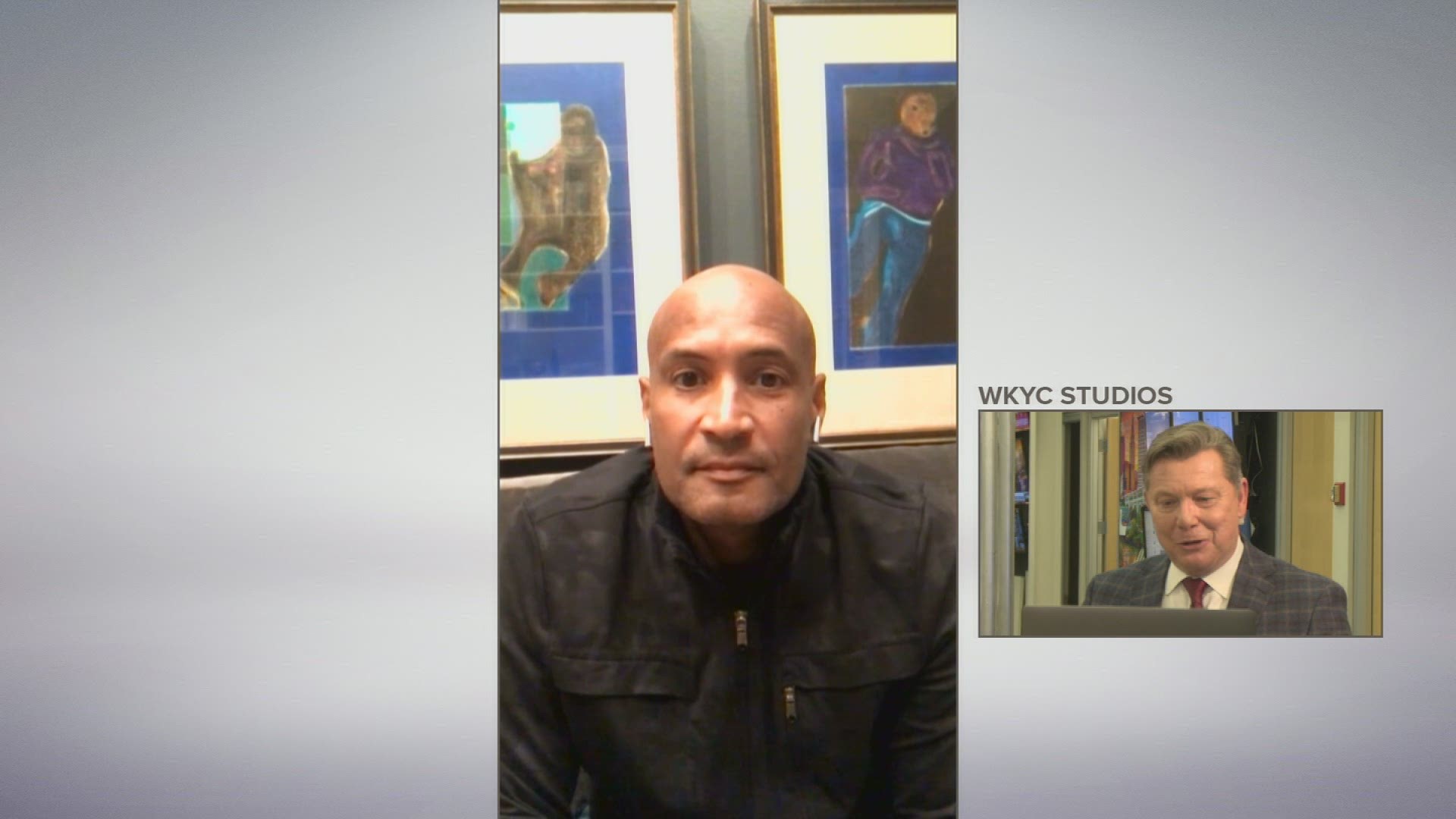 CLEVELAND — Ahead of receiving the Lifetime Achievement Award at next week's Greater Cleveland Sports Awards, Indians legend Sandy Alomar Jr. spent some time with WKYC's Jim Donovan in a FaceTime conversation on Wednesday.

The former Tribe catcher, who spent 11 of his 20 Major League Baseball seasons in Cleveland, now serves as the team's first-base coach.

"It's been a wonderful experience being in Cleveland all these years," Alomar told Jimmy.

The Lifetime Achievement Award, presented by Cuyahoga Community College, will be handed out to Alomar during the Greater Cleveland Sports Awards ceremony at the Renaissance Cleveland Hotel Grand Ballroom on Feb. 6.

Alomar Jr. spent 11 of his 20 seasons in Major League Baseball with the Indians, who acquired him, as well as Carlos Baerga and Chris James in a trade with the San Diego Padres for outfielder Joe Carter prior to the 1990 season.

"I remember telling Carlos at the time that we are being traded for a big-time power hitter," Alomar recalled. "We knew we had some big shoes to fill, but the fans embraced us right away and that made it easier on us."

Alomar Jr. was the 1990 American League Rookie of the Year, a 1990 Gold Glove Award winner and six-time AL All-Star, with his most memorable showing coming in the 1997 Midsummer Classic at Progressive Field in Cleveland.

In the bottom of the seventh inning, Alomar Jr. belted a two-run home run over the 19-foot high wall in left-center field, which turned out to be the game-winning hit and won him All-Star Game Most Valuable Player honors. Alomar Jr. was the first player in MLB history to earn All-Star Game MVP honors in his home park.

"My son Marcus was seven at the time and after the game, he jumped on the field and yelled, 'That's my trophy, give me my trophy Dad!' To this day, he still has that trophy," laughed Alomar as he recalled the magical All-Star night.

That was one of several memorable moments for Alomar Jr. in 1997.

He belted a game-tying homer off of Hall of Fame closer Mariano Rivera with the Tribe four outs away from elimination in the American League Division Series that fall.

"I don't even know how I ran the bases after that," Alomar said. "I was so happy just to get an opportunity to get that guy (Rivera) out of there."

Alomar Jr. will be the sixth current or former member of the Indians to receive the Lifetime Achievement Award at the Greater Cleveland Sports Awards.

You can watch the entire interview in the player above