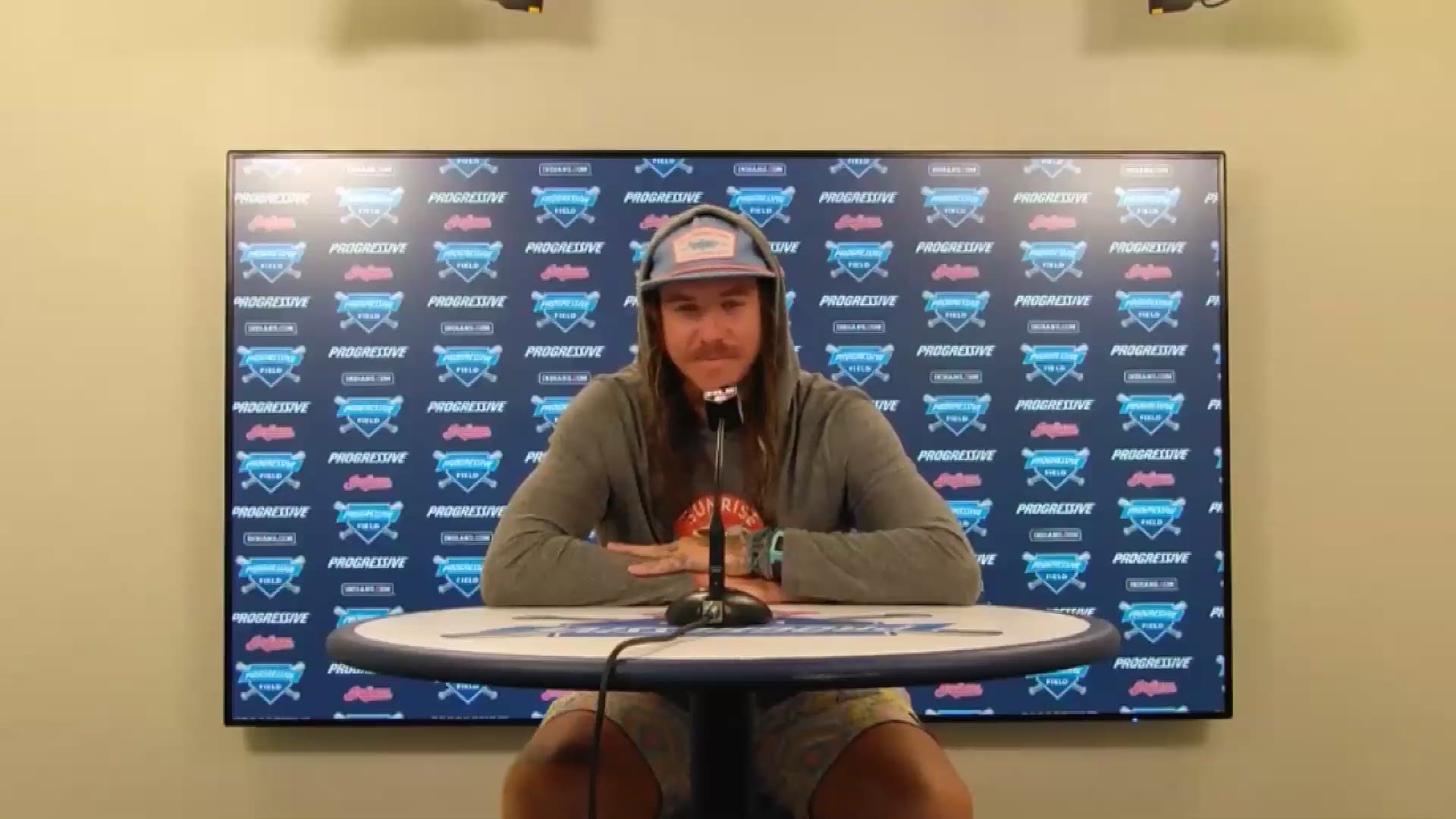 CLEVELAND — Back when the 2020 MLB season was scheduled to start in March, it appeared the Cleveland Indians would beginning the campaign without one of their top pitchers.

But now that the season has been delayed until July 24 -- and shortened to 60 games -- due to the coronavirus (COVID-19) pandemic, Mike Clevinger is ready to resume his role in the Indians' rotation.

"I'm ready to go right now," Clevinger said on Wednesday during a conference call with reporters. "I probably wouldn't be able to go for maybe five innings right now, but by the time the 24th hits, I'm going to be ready to go."

Following the December trade that sent Corey Kluber to the Texas Rangers, the 29-year-old Clevinger figured to be one of the top candidates to take over as the Indians' new Opening Day starter. That role, however, would ultimately go to Shane Bieber as a knee injury that required surgery sidelined Clevinger for the bulk of Spring Training.

But due to the delay caused by the coronavirus pandemic, Clevinger finds himself primed to once again be a key cog toward the top of Cleveland's rotation. As for what it will be like pitching in a season with just 60 games, the hard-throwing right-hander said he's already excited for the higher than usual stakes of each contest.

"I'll pretty much take every [game] like it's a Game 7 last game," Clevinger said. "If anything, I just it bodes well for guys like me who go after it every single game."

RELATED: Franmil Reyes back with Indians after attending 4th of July event

RELATED: Cleveland Guardians? Rockers? Midges? Check out the best, most creative and outrageous suggestions if the Indians change the team’s name

RELATED: How did Cleveland's baseball team end up with the name 'Indians'? It's more complicated than you think