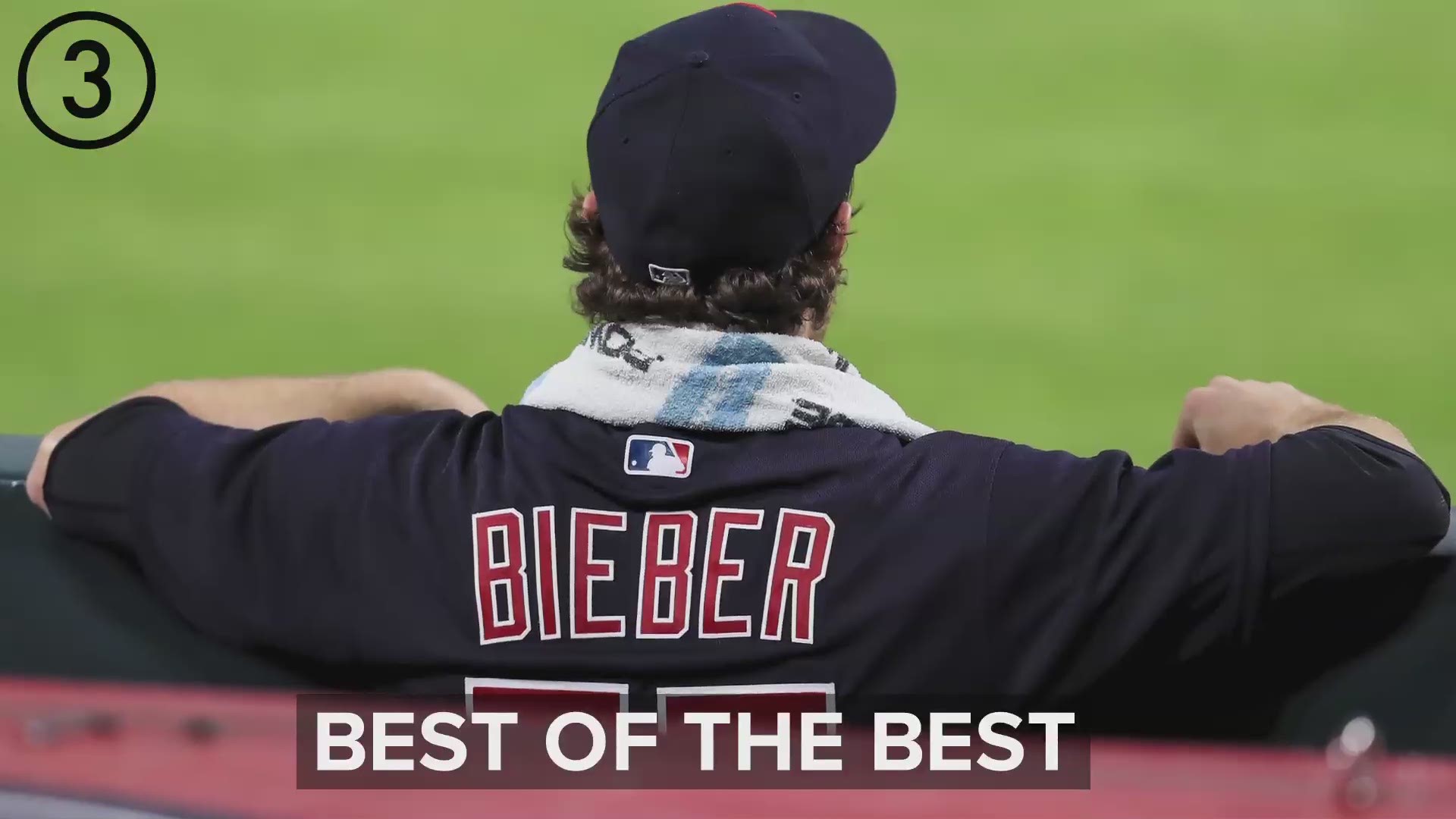 CLEVELAND — While the 2020 MLB season was a short one, it still managed to be special for Shane Bieber. That much was evident on Tuesday, when it was announced that Cleveland Indians ace was unanimously voted the winner of the 2020 American League Cy Young Award, beating out fellow finalists Kenta Maeda of the Minnesota Twins and Hyun Jin Ryu of the Toronto Blue Jays.

Bieber’s honor hardly comes as a surprise, as the 25-year-old right-hander made the most of a 2020 MLB campaign that was shortened to 60 games as a result of the coronavirus (COVID-19) pandemic. In 12 starts, Bieber posted an 8-1 record, 1.63 ERA and 122 strikeouts, becoming the first pitcher to win an MLB Triple Crown since Johan Santana of the Minnesota Twins did so in 2006.

Bieber’s historic 2020 season got off to a strong start, as he recorded an Indians Opening Day franchise-record 14 strikeouts in a 2-0 win over the Kansas City Royals. As it turned out, the Orange, California, native was just warming up, as he went on to post an American League-best 3.3 WAR (wins above replacement) and even garnered legitimate American League MVP buzz as the result of his dominant 2020 campaign.

While he wasn’t ultimately named an A.L. MVP finalist – Cleveland third baseman Jose Ramirez was -- Bieber becomes the fifth different and sixth overall Indians pitcher to win the American League Cy Young Award. Other Cleveland pitchers to earn the honor, which has been given out annually since 1956, include Gaylord Perry (1972), CC Sabathia (2007), Cliff Lee (2008) and Corey Kluber (2014, 2017).

Bieber is the first unanimous Cy Young Award winner since Clayton Kershaw of the Los Angeles Dodgers in 2014 and the first to win the honor unanimously in the American League since Justin Verlander of the Detroit Tigers in 2011.

Shane Bieber is your 2020 American League Cy Young Award winner, and there was never a doubt.#OurTribe pic.twitter.com/uSrksMhM39