Houston, which has won 25 of its last 34 games, swept the Indians for the first time in franchise history. 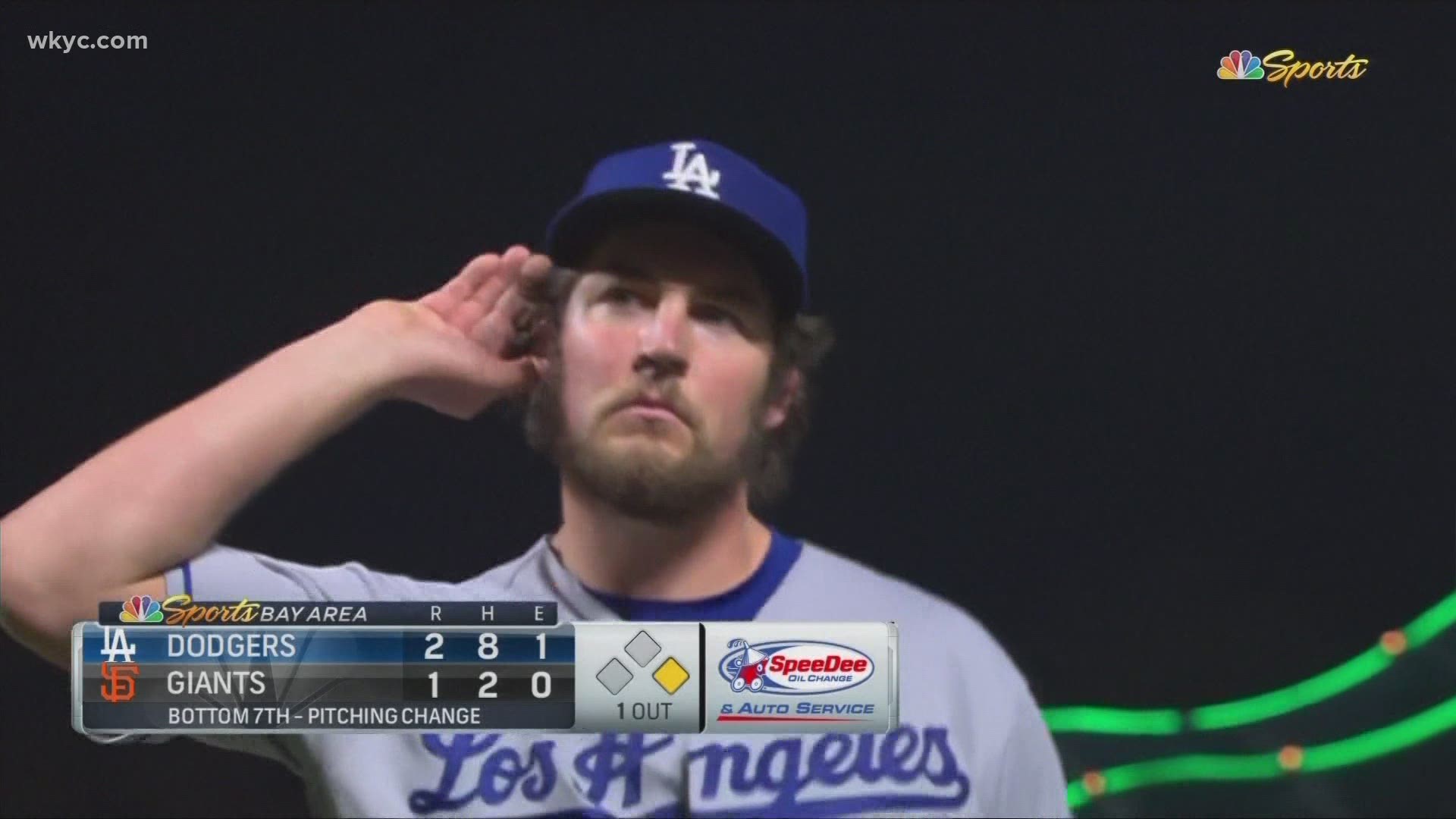 CLEVELAND — Editor's note: The video in the player above is from a story published on July 2, 2021.

Yuli Gurriel scored on a two-out error by pitcher Emmanuel Clase in the 10th inning, allowing the Houston Astros to beat the Cleveland Indians 4-3 and complete a four-game sweep on Sunday.

Gurriel advanced to third on a fielder’s choice by Jason Castro, then came around when the Indians failed to complete a double play on the throw back to first by Amed Rosario.

The shortstop forced out Carlos Correa at second base, but Clase mishandled his return throw, allowing Castro to be safe and Gurriel to scamper home. Gurriel struck out leading off the inning, but reached first on Clase’s wild pitch.

Blake Taylor (1-2) retired all four batters he faced in relief of starter Zack Greinke, and Brooks Raley earned his second save with a scoreless 10th.

Clase (3-3) took the loss despite not allowing a hit or walk and striking out three.

Houston, which has won 25 of its last 34 games, swept the Indians for the first time in franchise history. Cleveland has lost a season-high six straight and is 1-8 since June 25.

Greinke worked 7 2/3 innings, allowing three runs on five hits, and struck out eight. The right-hander was staked a two-run lead, but allowed a solo homer to Eddie Rosario in the sixth and a tying shot by César Hernández in the eighth.

Greinke, whose last loss occurred May 25, didn’t allow a hit out of the infield until Eddie Rosario cleared the wall in right. Greinke remains tied for 83rd on the career wins list with 216.

Chas McCormick had three RBIs and gave Houston a 3-1 lead in the sixth with a two-run homer to right field, scoring Correa and chasing Cleveland starter Cal Quantrill.

McCormick opened the scoring in the fourth with an RBI single, but the Indians tied it in the fifth on Bradley Zimmer’s grounder that plated Bobby Bradley.

Astros closer Ryan Pressly was unavailable after pitching in the first three games of the series.

Indians third baseman José Ramírez missed his third game in a row with a sore left elbow. Ramírez was hurt diving for a ball Thursday in the series opener, one day after fouling a pitch off his left cheek against Detroit.