The Cleveland Indians have announced their roster for their Wild Card Series against the New York Yankees in the 2020 MLB Playoffs. 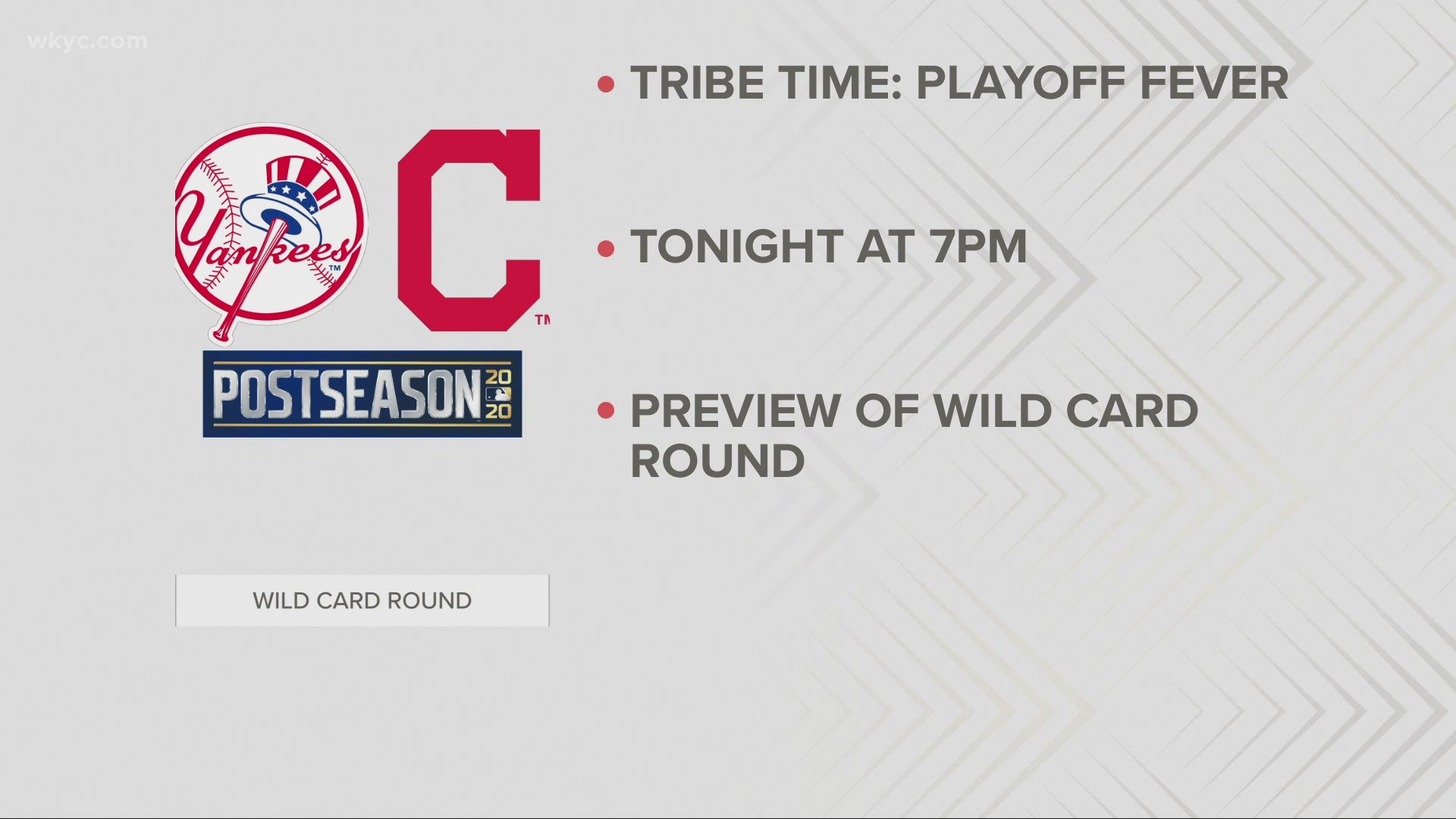 CLEVELAND — Hours ahead of their 2020 MLB Playoffs opener, the Cleveland Indians announced their 28-man roster for their best-of-three Wild Card Division Series against the New York Yankees.

The Indians' postseason roster should look familiar to many, with the team largely carrying the same set of players it last did in the regular season with the exception of one change; outfielder Bradley Zimmer has been added to Cleveland's 28-man roster, while pitcher Adam Plutko sent to the 12-player Taxi Squad.

As a result, the Indians' 28-man roster vs. the Yankees this week will be as follows:

Meanwhile, the Indians' taxi squad, which will be allowed to stay inside the MLB "bubble" should Clevland advance to next week's American League Division Series will consist of the following 12 players:

As a part of this year's expanded postseason, the first round of the playoffs will consist of four best-of-three Wild Card Series' in each league, with all games being played at the higher seed's home ballpark. The winners will then advance to the traditional postseason Division Series and the MLB's "bubble," which will consist of the following locations: