Cleveland Indians pitcher Zach Plesac took to Instagram to share his "truth" regarding him and teammate Mike Clevinger breaking the team's coronavirus protocol. 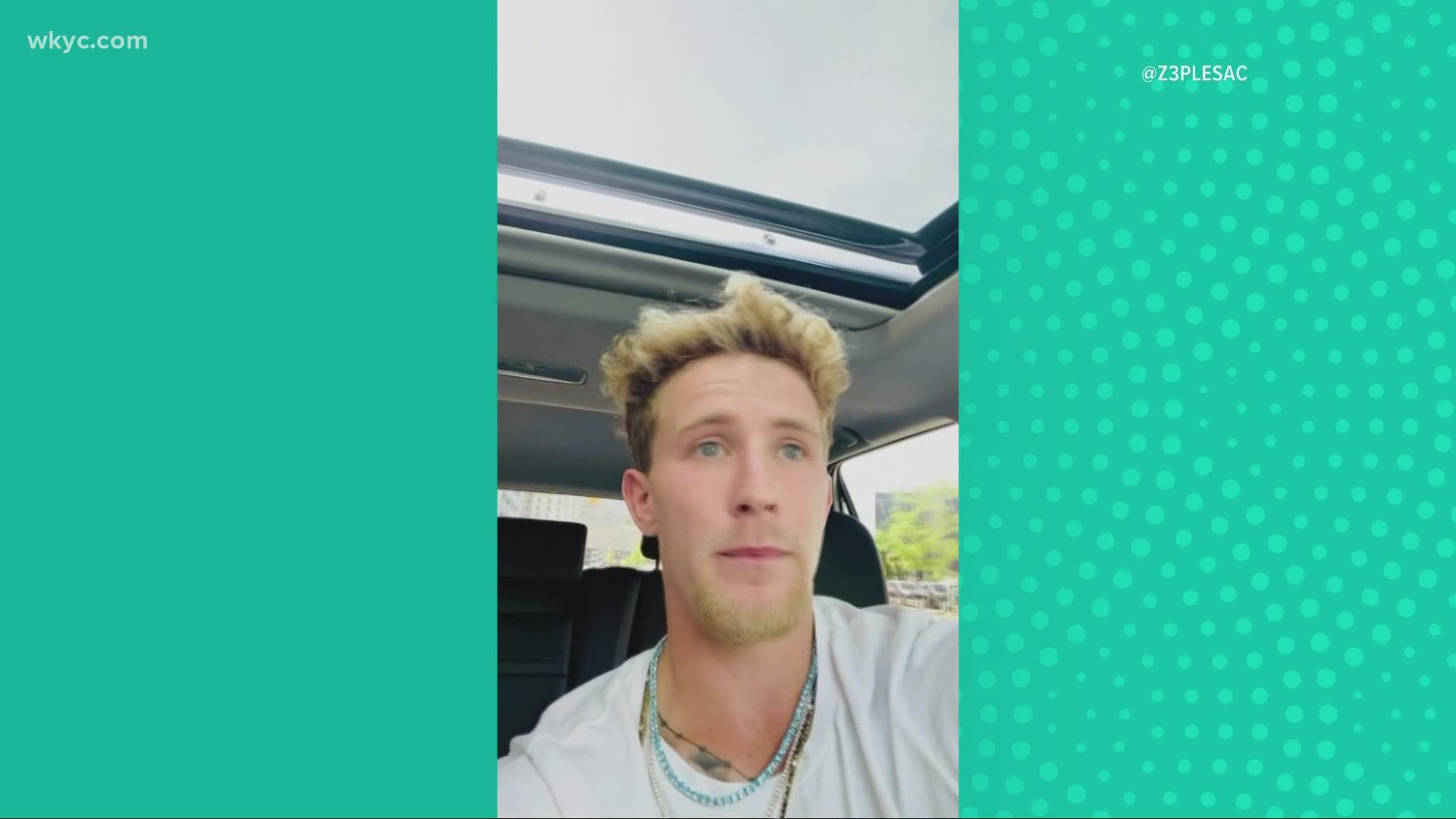 CLEVELAND — Taking to Instagram on Thursday, Cleveland Indians pitcher Zach Plesac made it clear he wasn't issuing an apology. Rather, he wanted to share his side of the story after breaking the team's coronavirus (COVID-19) presentation protocol.

"A few days prior to leaving for this trip, the MLB came up with these new protocols that required a curfew and some other things that would keep us more isolated as baseball players and contain us more in like a bubble-type sense," Plesac said. "After my start, I went out to dinner with some buddies. We ended up going back to his place -- the same group that we went to dinner with ... Just hanging out, having a good time. We broke curfew, I came back late and I was reported by MLB security being out in public and coming back late to curfew."

As a result, the Indians sent the 25-year-old Plesac back to Cleveland in a car service before placing him on the restricted list so that he could quarantine and undergo coronavirus testing before rejoining the team. The team later discovered that Indians pitcher Mike Clevinger had also broken protocol before flying back with the team on Sunday night.

The actions of Plesac and Clevinger -- who was also placed on the restricted list -- has drawn criticism from media, fans and teammates, including Indians pitcher Adam Plutko. Plesac, however, stated in his video that there wasn't any malicious intent behind his and Clevinger's decisions.

"I just did a little bit of research and I found out that [CDC guidance is] changing day to day and 10 people or less is considered a safe gathering, especially if you're six-feet apart. And that entire night, dinner and hanging out at my buddy's place after, we were not with more than eight people the entire night," Plesac said. "So the media's portraying me and my best friend and teammate to be malicious with our actions when we were really -- not justifying what we did, because we left the hotel and according to the new rules, we weren't supposed to leave.

"But according to the CDC and these guidelines with [coronavirus], we were practicing safe practices in a small group with people who we know have been tested and came back to our curfew late, which was 10 p.m. and have clearly been exposed as being bad teammates, bad people and dragged across the mud. So it's hard to sit here and watch how things shuffle out and people not knowing the truth."

Plesac went on to insist that when it comes to the coronavirus, he's taking safety precautions seriously.

"I understand that there are risks people are taking to play this game. And the last thing I would ever want to do is put anybody at risk. The last thing I would want to do -- my little brother has type-1 diabetes, my mom's a nurse. I understand the significance of this illness and this disease," Plesac. "And I know how important it is that we must follow certain procedures and guidelines to ensure safety for the entirety of a group.

"It breaks my heart for people to think I'm a bad teammate or a bad person. But I wanted to share with you guys that moving forward, there's a selflessness lesson taught here and at the end of the day, I want everybody to be healthy. I want to be a good teammate. I want to win baseball games, man. That's all I want to do. So whatever it takes for me to get back on that diamond and start shoving it up people, trust me, I'll be ready when they need me."

Indians outfielder Delino Deshields did comment on Plesac's post with an emoji of two arms flexing and the words "Stay up."