Luke Brittain may not be able to realize his big league dreams anymore, but he's hitting home runs in his community. 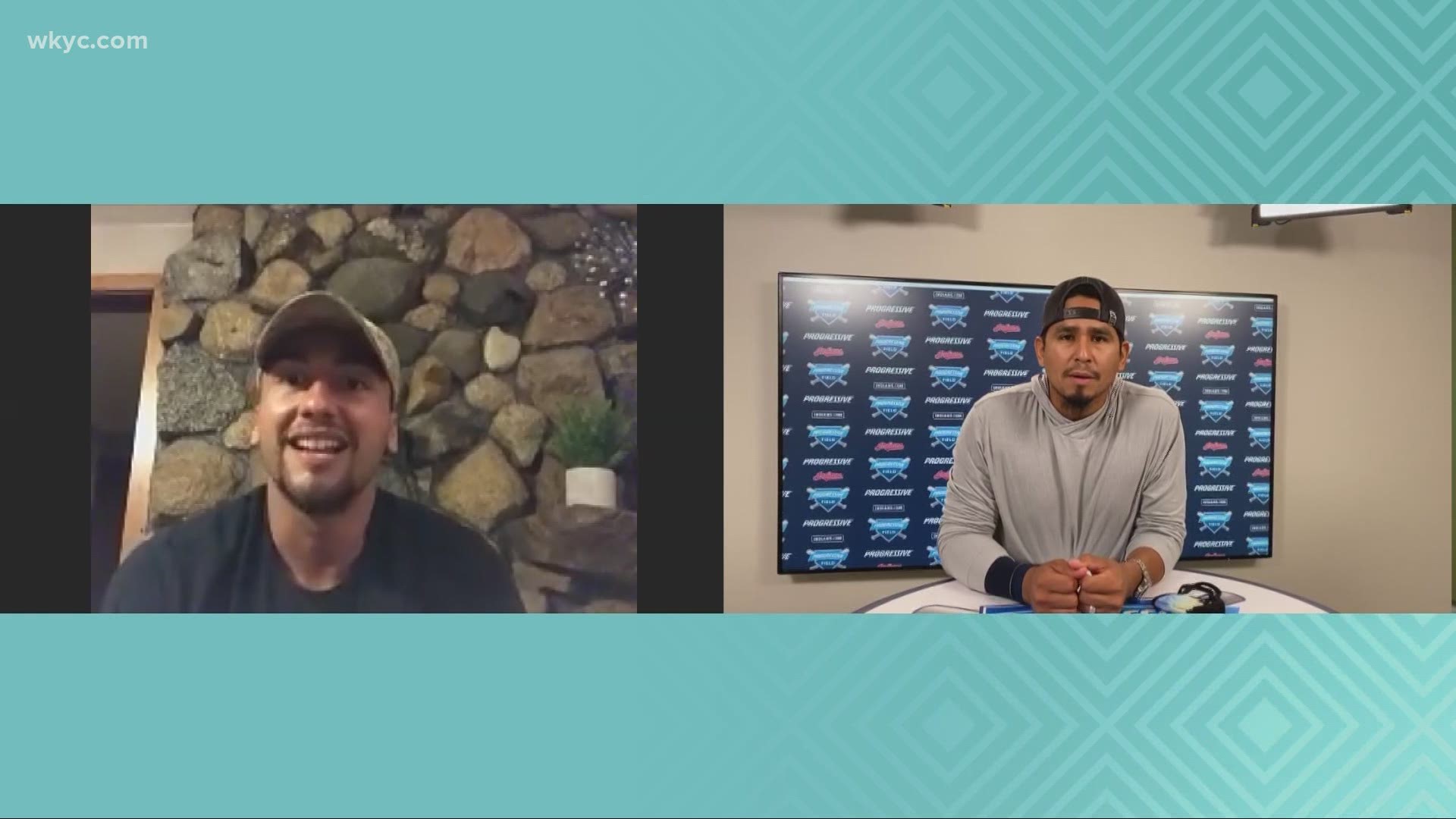 GREEN, Ohio — Baseball is everything to 22-year-old Luke Brittain.

The love of the game has been deep rooted in him as an infant. He went to games as a toddler, and even played college ball at Cincinnati Christian University.

"My dad would always listen to the Indians games," he remembers. "He'd take me in the stroller; we'd listen to Tom Hamilton on the radio. It's just been pretty much my whole life ever since I can remember."

Last year, he was a lefty pitcher with visions of playing big league ball, until a freak accident stole his dreams.

"It was April 29 of last year, 2019, and I was mowing," Luke said. "I hit a patch of mud and slid into the embankment. I kind of landed right on top of the blades cause it landed upside down and they were still spinning. I was like, 'Okay, my hand's gone.'"

He was rushed to Cleveland Clinic Akron General for a 14-hour surgery. Doctors were unsure if they could reattach his hand.

"Well, (the injury) was as bad as you can get," Luke's hand surgeon, Dr. Bill Lanzinger said. However, the surgery was a success.

"Luke had everything going for him," Lanzinger said. "He's young, he's healthy."

"When I got to see him, it was just such a relief," Luke's mom, Angela, added. "He was bandaged, but okay."

"I'm very proud of Luke," Lanzinger said. "A lot of people don't know that it's painful to do these exercises with his hands."

But all the pain and hard work paid off. Just 10 months after his accident, he began throwing again—with his pitching hand.

"There's no word for the determination that I have seen in him," Angela says. "He's been a fighter all of his life; he's overcome numerous obstacles."

It's hard turning tragedy into triumph, but that's what Luke wants to show the kids he'll mentor.

"I will never be able to hit upper-eighties [with my fastball] or anything like that, or pitching or hitting anymore," he admits. "So if I can't play, obviously I would love to be able to coach high schools or eventually maybe coach college one day."

As a longtime Indians fan, Luke's gone to games all his life, and met his idols. There's one hero he hasn't met, but he's familiar with the comeback.

"Hey Luke, how ya doing? This is Carlos Carrasco. You know, I heard you’re a great baseball player. What you’re doing right now is inspirational to another kid, to another family, and I really appreciate that. I hope I can see you one day. You stay strong and take care of yourself."

"I can't believe that," Luke gushed after the video ended. "That's insane. Thank you guys. That's awesome. [Carlos has] been through a heck of a lot, too, in the past couple of years. That's amazing."

Luke, believe it. You deserve it.

RELATED: A look at the 2020 Indians bullpen