Shane Bieber was rocked for seven runs in his playoff debut. 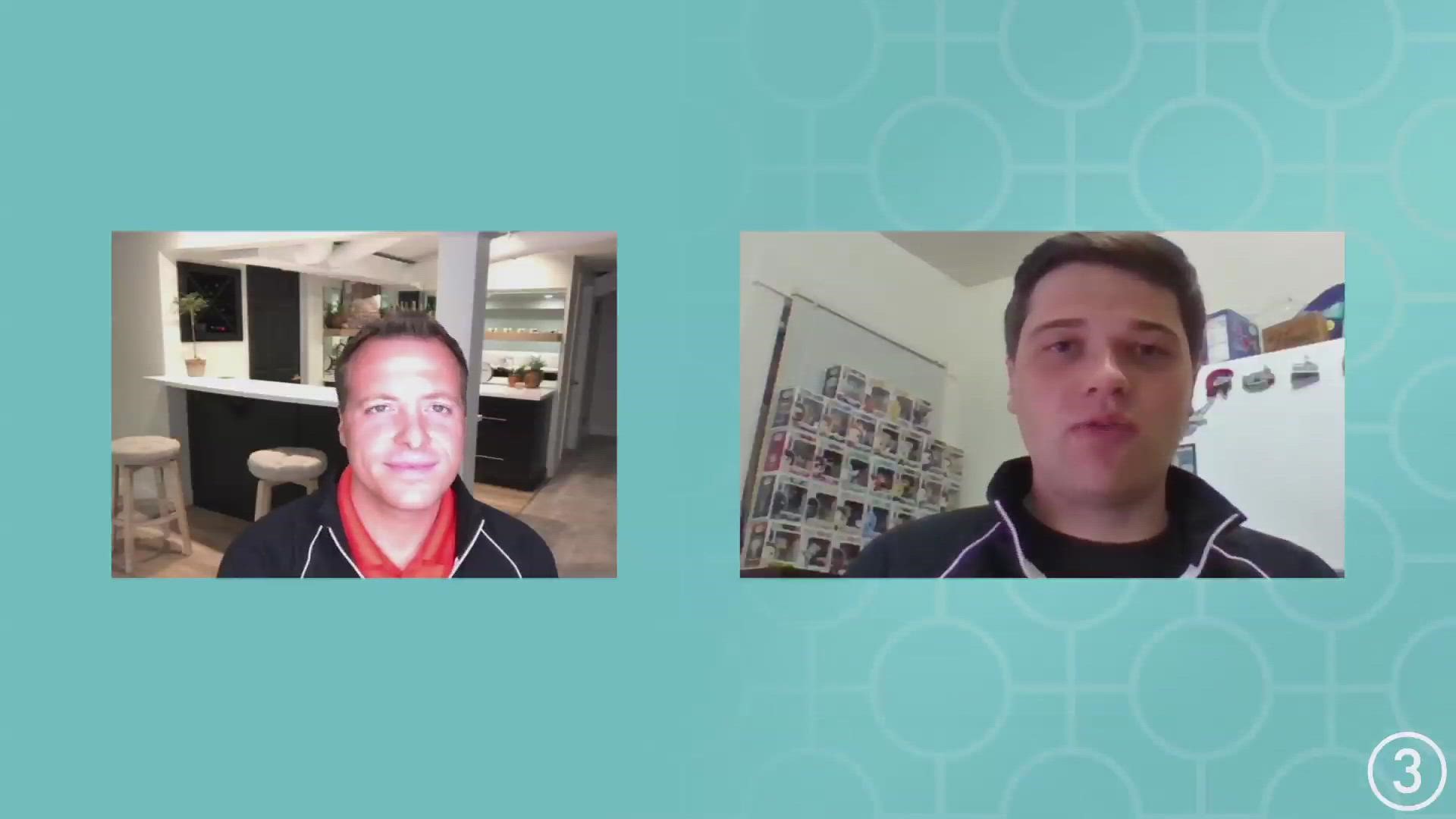 CLEVELAND — It was billed as a pristine pitching matchup. Well, we got half of one, but it certainly wasn't the half we wanted.

The Indians fell to the New York Yankees 12-3 in Game 1 of the American League Wild Card Series. Likely Cy Young winner Shane Bieber got rocked for seven runs in only 4 2/3 innings, while Gerrit Cole gave up just two and struck out 13 over seven.

The Trine offense wasn't much better, failing to gain any traction to cut into early deficits. While Josh Naylor had four hits (including a home run), the rest of the lineup sputtered, and the top five hitters in the order went a combined 2-for-19.

The Bronx Bombers, meanwhile, lived up to their name by blasting four home runs, including a shot by Aaron Judge that put them on the board in the first inning. The bats of Gleyber Torres and Brett Gardner were the most prolific, with each homering and driving in three runs.

What follows is an inning-by-inning recap of tonight's action, with the most recent plays listed at the top. 3News had analysis throughout the evening, including a postgame conversation with Tyler Carey and Nick Camino that you can watch in the player above.

Bottom 9th: Josh Naylor got his fourth hit and scored on a Tyler Naquin double, but it wasn't nearly enough, and the Yankees take Game 1 12-3. Game 2 will take place Wednesday at 7:08 p.m., with the Indians facing elimination.

Top 9th: Giancarlo Stanton takes Cam Hill into the bleachers. Oliver Perez comes in to retire the side, but the Indians are now down to their last three outs down 12-2.

Bottom 8th: Save for a Jose Ramirez walk, the Indians again go with a whimper against Luis Cessa. It's still 11-2 Yankees as we head to the ninth.

Top 8th: Cam Hill gets the Yankees in order, but the Indians still need a miracle down 11-2.

Bottom 7th: Josh Naylor gets his third hit of the night, bit the Indians can't do anything with it. Gerrit Cole's night is likely done after seven innings and 13 strikeouts, and the Yankees still lead 11-2.

Top 7th: Adam Cimber and Cam Hill combine to give up four runs, capped off by a two-run homer by Brett Gardner. It's 11-2 Yankees, and the Indians are running out of outs.

Bottom 6th: Gerrit Cole is dominating after shutting the Indians down one-two-three again. 7-2 Yankees as we head to the seventh.

Top 6th: Phil Maton stays on the mound after relieving Shane Bieber in the fifth and gets the Yankees to go in order for the first time tonight. However, the Indians still trail 7-2.

And I was like baby, baby, baby oh. pic.twitter.com/QJY5jIHloY

Bottom 4th: Josh Naylor hit a bomb to right-center for his first home run as an Indian. Unfortunately, Gerrit Cole struck out the next two (giving him eight on the night) to retire the side, and the Yankees head to the fifth leading 5-2.

Top 4th: Shane Bieber is enduring his worst start of the season, having given up five runs on 86 pitches over just four innings. Brett Gardner extended the lead initially with an RBI double, while DJ LeMahieu drove in another with a single.

Bieber hasn't looked this human in a while...

It's now 5-1 Yankees, although the Indians will have plenty of chances to get back into it.

Bottom 3rd: Fittingly, the red-hot Jose Ramirez drives in the Indians' first run with a double down the right field line. Carlos Santana came up next representing the go-ahead run, but struck out on three pitches. The Yankees still lead 3-1 as we head to the fourth.

Top 3rd: After getting the first two outs, Shane Bieber gives up a single to Aaron Hicks before Luke Voit sends him home on a double in the left-center-field gap. The Yankees increase their lead to 3-0.

You down with LLV (Yeah you know me) pic.twitter.com/yQdZk13Jdc

Bottom 2nd: Josh Naylor gets a two-out double high off the wall in center, but Gerrit Cole gets Roberto Perez to line out to left. Still 2-0 Yankees as we head to the third.

Top 2nd: Shane Bieber gives up an infield single to Gleyber Torres, but otherwise the Yankees do no damage. The Indians still trail 2-0.

Bottom 1st: The Indians go one-two-three as Gerrit Cole gets two strikeouts. We head to the second as the Yankees still lead 2-0.

Top 1st: The Yankees take the lead after just four pitches, as Shane Bieber gives up a leadoff single to DJ LeMahieu followed by a two-run homer by Aaron Judge. The Indians will come to bat down 2-0.

Pregame: It's a beautiful night on the shores of Lake Erie...3News' Ben Axelrod will be covering the game live from the stadium.

Live from Progressive Field for some playoff baseball tonight pic.twitter.com/2d622Z6T12

The Tribe even poked a little fun at the Yankes on Twitter, remembering the 2007 ALDS when some midges from off the lake helped Cleveland earn a classic victory.