Cleveland Indians second baseman Jason Kipnis had an adorable first meeting with the child whose parents he helped with their gender reveal. 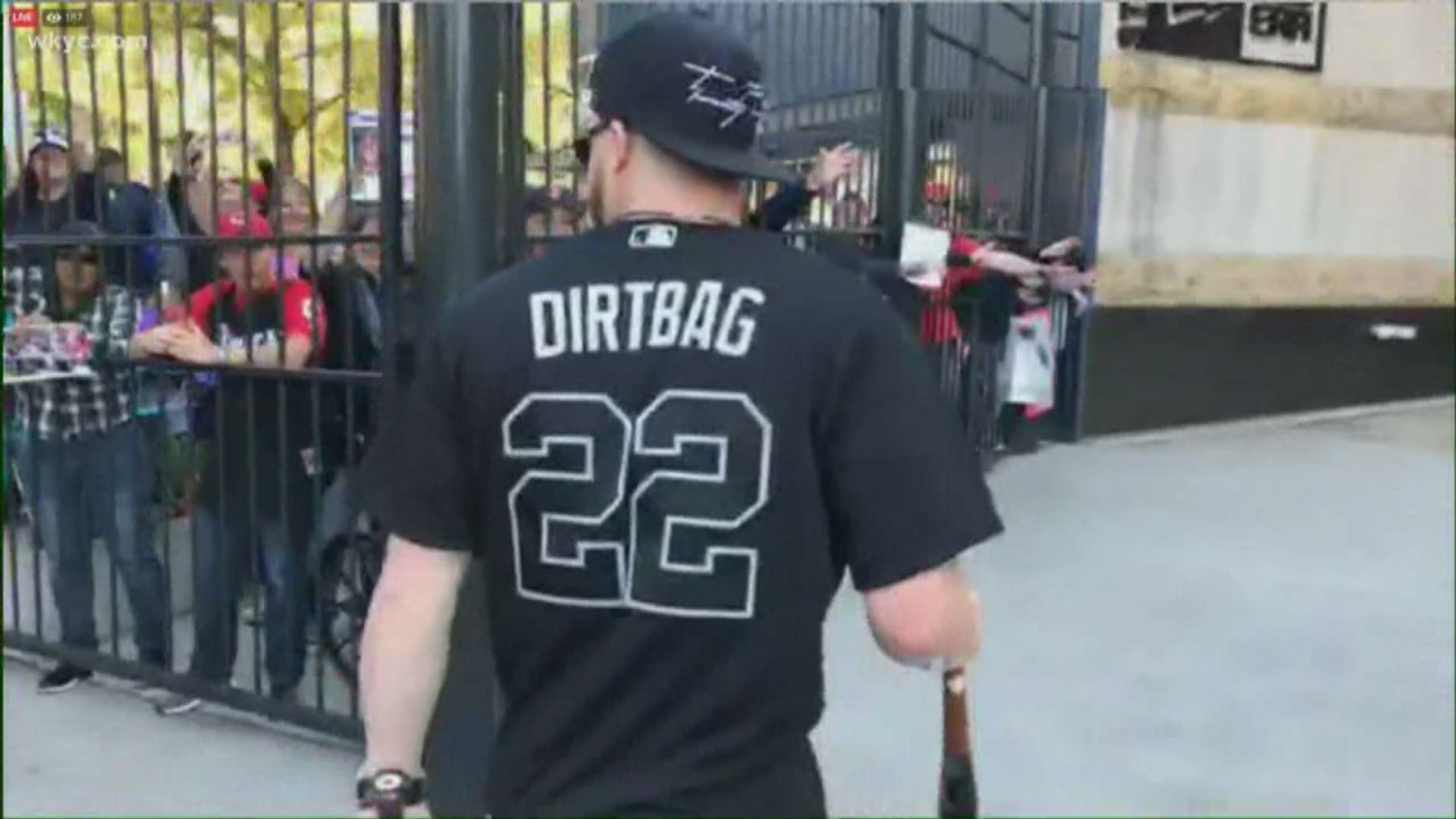 CLEVELAND — Two-time American League All-Star second baseman Jason Kipnis has formed a special bond with a loyal legion of Cleveland Indians over his nine years with the organization, but the connection he has with the Smith family of North Ridgeville is next level.

Early in the 2019 regular season, Kipnis helped Josh and Erica Smith reveal the gender of their child, and at his annual locker clean out giveaway Thursday, he got to meet the little one for the first time.

The Smiths brought their one-month old daughter to Progressive Field, and following the event, Kipnis held the young child for the first time and posed for a family photo.

It was the perfect way to wrap up what was an emotional day for Kipnis and his fans, as his future with the team is uncertain. Following the 2019 season, the Indians announced they will decline Kipnis’ $16.5 option for 2020, making him a free agent days after the conclusion of the World Series.

Despite the uncertainty, Kipnis signed autographs for and gave to fans everything from cleats, bats, caps, baseballs and bobbleheads. Once Kipnis ran out of gear, he spent nearly two hours meeting with and signing autographs for every fan in attendance.

“It’s something I’m just happy to do,” Kipnis said. “When you see the turnout like this growing every year, it gets bigger and you start to recognize more and more people, it just becomes fun.

“Some of these people, whether it’s in my daily life of seeing them out at a store or they sent me a nice message, they can really lift me up. It’s nice. It’s a smile, handshake and a signature to give back. That’s easy enough for me.”

Kipnis was blown away by the turnout from the fans this year and was genuinely moved by the love they showed him, both throughout the event and during his nine years in Cleveland.

“I thought I had signed almost too much stuff downstairs, and then, come up here and I was like, “I didn’t sign enough,’ but it’s awesome,” Kipnis said. “I’m happy people hear about it, come to it. It’s not always easy to get a player’s signature, so if I can kind of coordinate that and grant that to some kids and people, then it’s better.

“I can’t tell you how many just really nice messages I’ve gotten lately, people who have stopped me to say nothing more than just ‘Thank You.’ That really does hit home. That means a lot to me. They’re like, ‘We really don’t want to take up your time. We really just want to say, “Thank You.”’ That gets me a little bit. I’ve loved this city and it’s for reasons like that.”