The Tribe right-hander will now quarantine & undergo subsequent COVID-19 testing while away from the team. 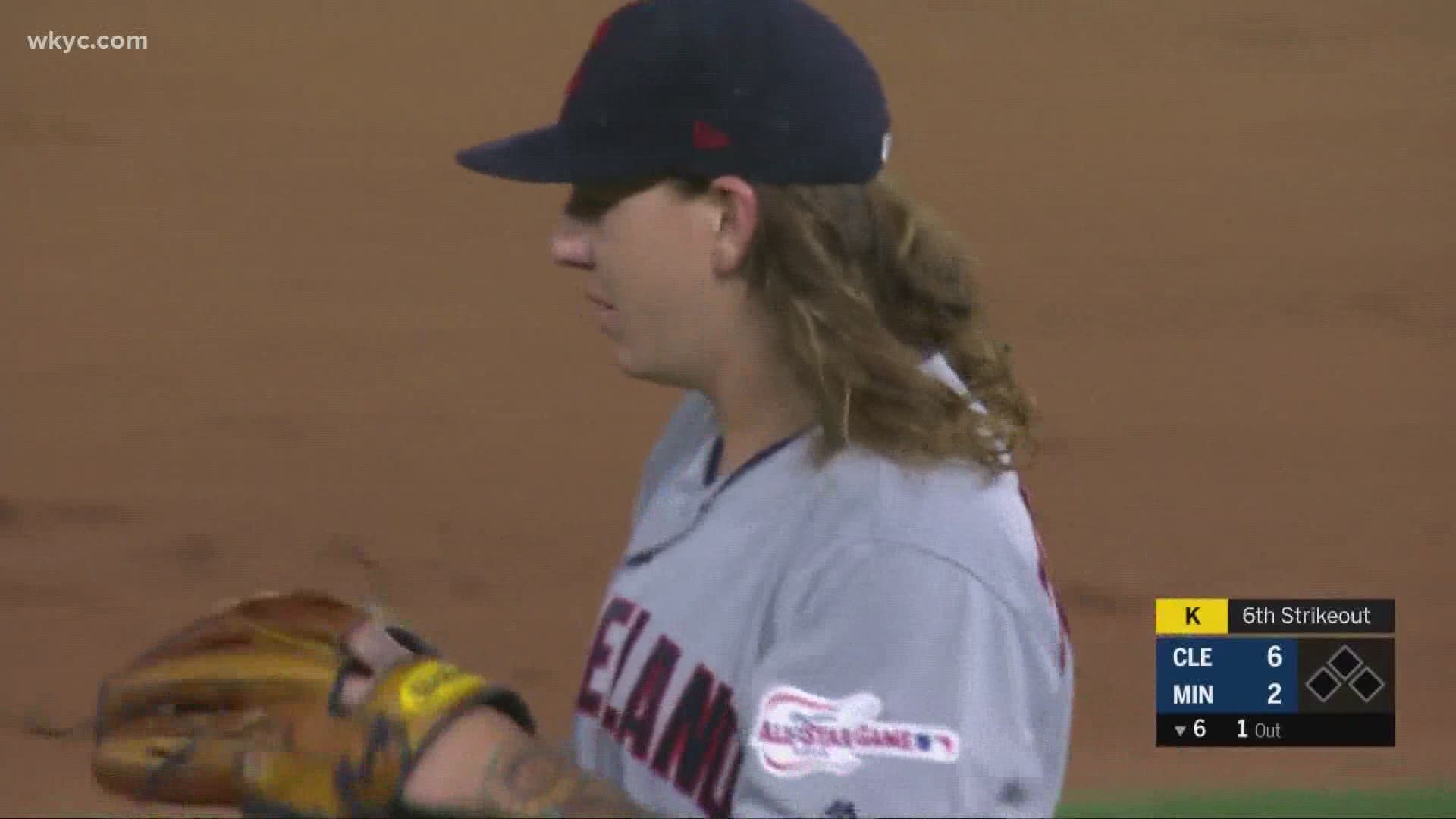 Apparently a group of starting pitchers are not.

Just one day after it was revealed that Tribe right-hander Zach Plesac had left the team hotel on a recent road trip in Chicago to visit friends and was sent back to Cleveland in a rental car, the team announced that fellow starter Mike Clevinger also violated team protocols on the same trip and will now have to quarantine and undergo subsequent testing in addition to missing Tuesday's scheduled start against the Chicago Cubs at Progressive Field. Adam Plutko is scheduled to start in place of Clevinger on Tuesday.

#Indians announce that RHP Mike Clevinger violated team protocols on trip to Chicago. He will quarantine and undergo subsequent testing while away from the team.

The Indians released a statement announcing the Clevinger developments:

"Today the organization learned that RHP Mike Clevinger violated team protocols on the club's recent road trip to Chicago. He has been instructed to quarantine and will undergo subsequent testing while away from the team.

"Adam Plutko will start in his place on Tuesday night against the Chicago Cubs. The Cleveland Indians will continue to keep the health and safety of our players, coaches and staff members as our top priority."

According to multiple reports, Clevinger was out in Chicago with Plesac, but unlike his fellow teammate who drove back to Cleveland, Clevinger actually flew home with the club. ESPN says Clevinger actually took part in a team meeting about the Plesac situation and "defended" his teammate before his own situation was made public.

The situation is ironic, as Clevinger himself was lauding such protocols just last month.

"This isn’t going to be a 'run to daddy' kind of thing. We’re going to handle it in-house. This is a player discipline thing. Keep the coaches, front office kind of out of it," Clevinger told The Athletic. "It puts a little extra accountability, kind of. Just having that trust in your teammates is a big thing. It’s a big thing on the field. If you feel your teammate doesn’t trust you off the field how are you going to feel like he trusts you when you get between the lines?"

The breaches of protocol—particularly Clevinger, who lied and exposed himself for a much longer period of time—is alarming in the sense that fellow starting pitcher Carlos Carrasco is just months removed from completing treatment for leukemia, which makes him much more vulnerable to the coronavirus. Manager Terry Francona, who is expected to return to the club Tuesday after dealing with a gastrointestinal issue, is also considered and "at-risk" individual due to his age and recent health issues.

It is unclear whether any other Tribe players were out with Plesac and Clevinger, or of either will face additional discipline.