“I honestly didn’t think that it was going to change in my lifetime,” says Philip Yenyo, the Executive Director of the American Indian Movement of Ohio. 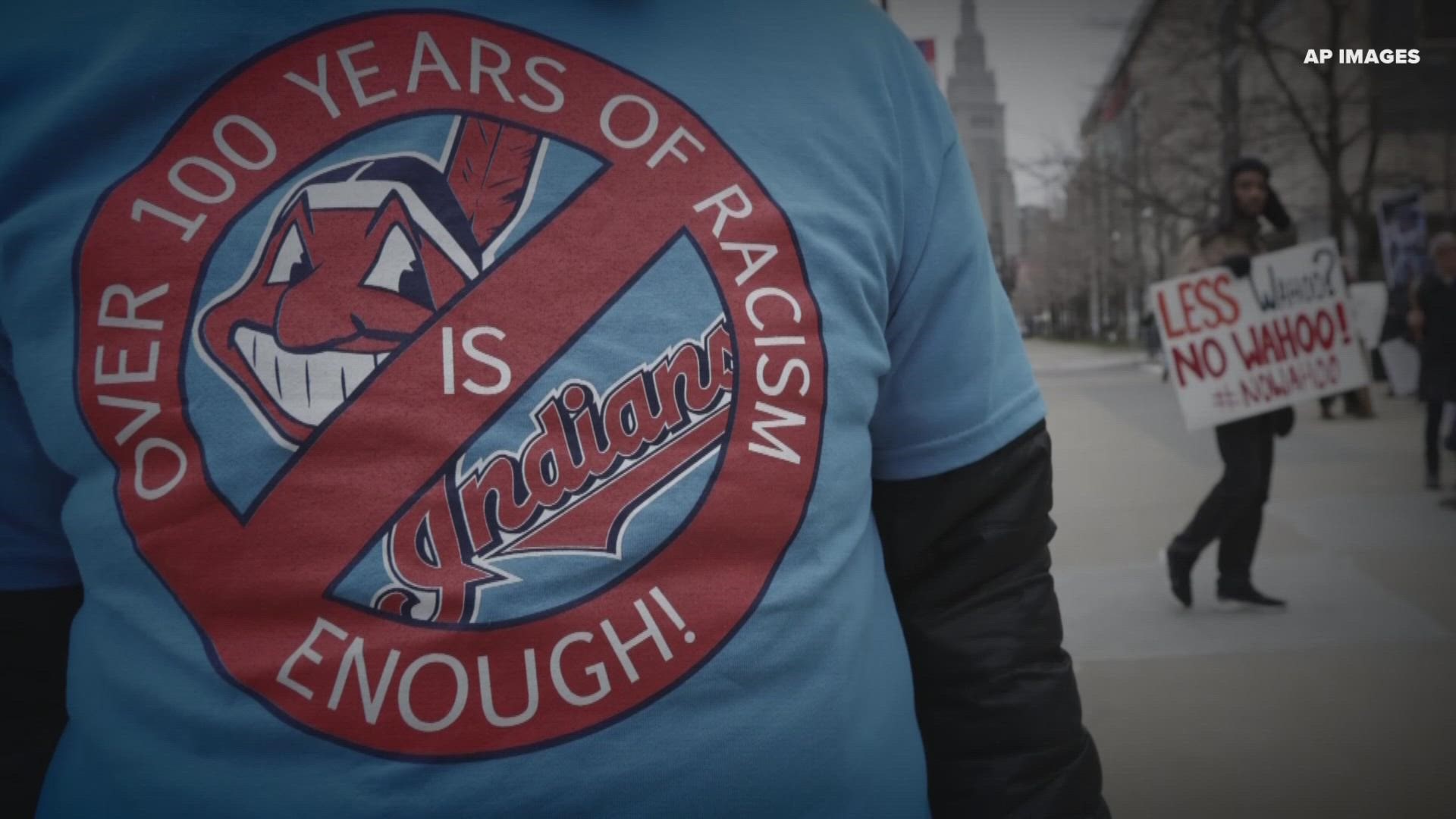 CLEVELAND — Sunday is a historic day for Cleveland's baseball team, playing their final game as the Cleveland Indians. We've known for a while that this day would come-- ever since the team announced a name change almost a year ago. However, for some, it's been a much longer wait than others.

“We’re an invisible community because when they say Cleveland Indians, they think of baseball, they don’t think of human beings,” says Philip Yenyo, the Executive Director of the American Indian Movement of Ohio.

Yenyo has been an outspoken opponent of the Indians name and mascot for decades, protesting at games outside the stadium since the early 1990s and advocating for change.

“When you take a group of people and you degrade them down to being nothing more than a cartoon, it affects their self-esteem and self-worth to a point where they just want to numb themselves to this kind of psychological pain,” says Yenyo.

Now, that more than a quarter of a century of speaking out, and more than 50 years of fighting by others, has finally come to a resolution. In their season finale against the Texas Rangers, the Cleveland Indians took the field for the final time. It marks the ending of an era that some fans are still a bit bitter over, while others feel more bittersweet about it. However, for groups like the Lake Erie Native American Council, it’s a joyous occasion.

LENAC released the following statement to 3 news on Sunday:

“Today represents the closure of an over 60-year fight by our local Native American community. The team name was changed because it was deemed very harmful to Native American children, erases modern Native identity, and more. As the team moves forward as the Guardians, we encourage fans to mark this day as the start of an era where all families, especially Indigenous families, can now live in a less racist and more welcoming city.”

RELATED: Tyler Carey column: The memories of the Cleveland Indians will last forever, but it's time to move on

Yenyo says, “I honestly didn’t think that it was going to change in my lifetime.”

Meanwhile, some Ohio lawmakers, like Representatives Adam Miller and Jessica Miranda are pushing for high schools to follow suit. They cite a recent study by the Ohio High School Athletic Association which showed 79 Ohio schools still have Native American nicknames and mascots.

“You have a policy, an anti-bullying policy from the state level mandated to the school districts, yet you don’t see this as bullying,” says Yenyo. “That needs to change.”

That may be coming, but for now Yenyo says he’ll enjoy this victory. He’s also looking forward to reentering the ballpark for the first time since he was a little kid to hopefully celebrate another victory, one by a team he now feels included to root on.