The club has said it will drop the moniker as early as next season. 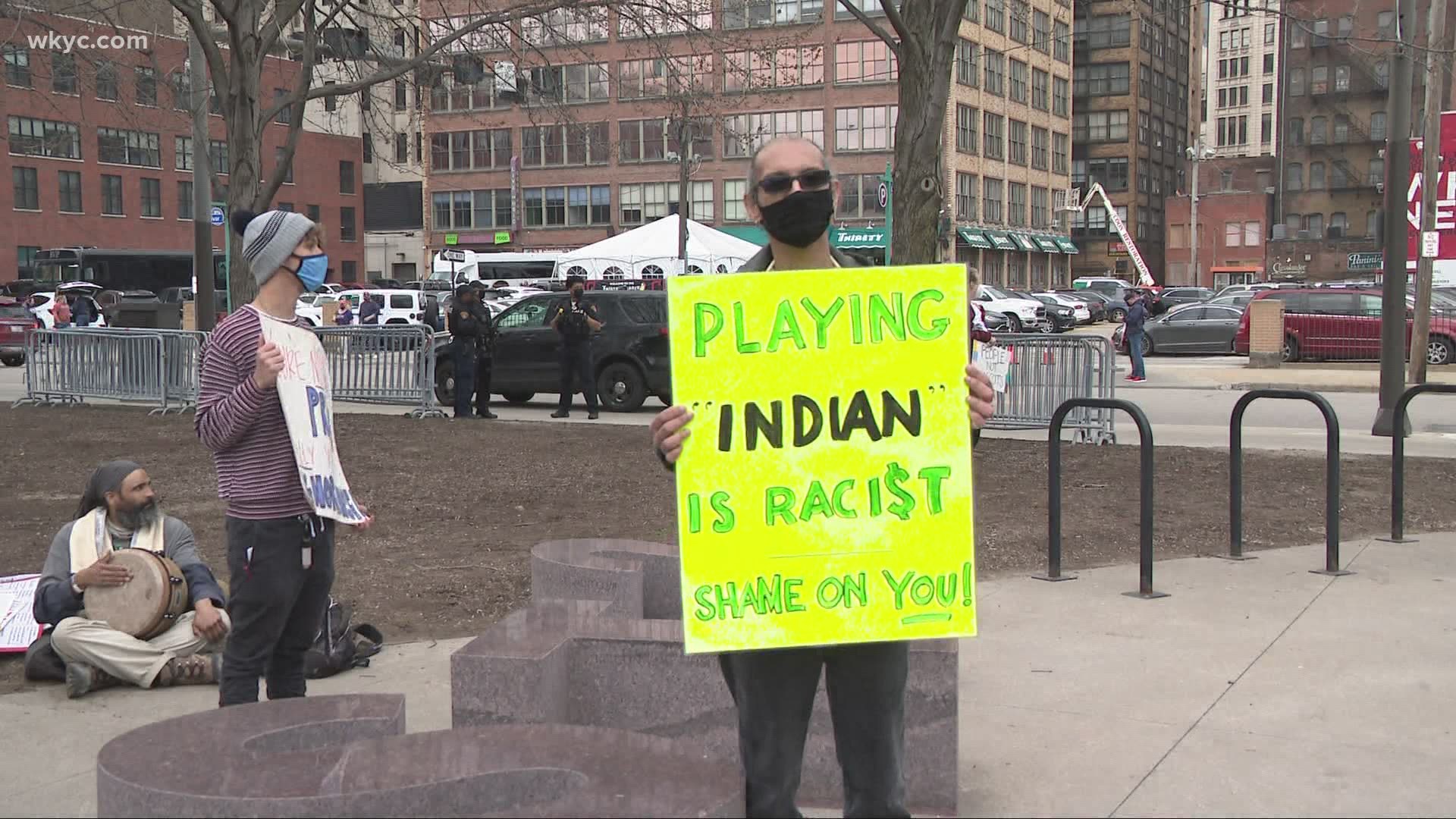 CLEVELAND — Protestors expressing frustration over the Cleveland Indians' team name and Chief Wahoo logo are a familiar sight outside of Progressive Field each year prior to the Indians' home opener. Could this, however, be the final year the protests take place?

The club announced back in December it will drop "Indians" as soon as next season, but for now, the moniker remains. Local activists say they believe their work isn't done until the name has been changed.

"We haven't won, obviously, because everyone is still wearing the disgusting caricature and the team has not removed the name or condemned the logo's use," Jeff Pierce told 3News, referring to the controversial Chief Wahoo image.

Starting this season, the Indians have banned fans from wearing Native American headdresses or face paint inside the ballpark, but Chief Wahoo gear is allowed and is still being sold inside the Progressive Field team shop. Protesters say they feel a clean break should be made.

"It all boils down to capitalism," Pierce said. "They'll never stop using it as long as it makes them money."

Pierce added that he and other demonstrators went through "verbal abuse" and "blatant displays or racism" from some fans walking into the ballpark Monday. In addition, one counter-protester holding a sign referring to the team as the "Cleveland Cavers" could be spotted nearby, and numerous airplane displaying banners with phrases supporting Chief Wahoo were flying around the area.

The club has had the "Indians" moniker since 1915. The club first announced they were having "discussions" about the name back in June following the death of George Floyd and subsequent protests against racism before ultimately opting for a change months later.