Omar Vizquel: Sandy Alomar Jr. should be ready to be big-league manager 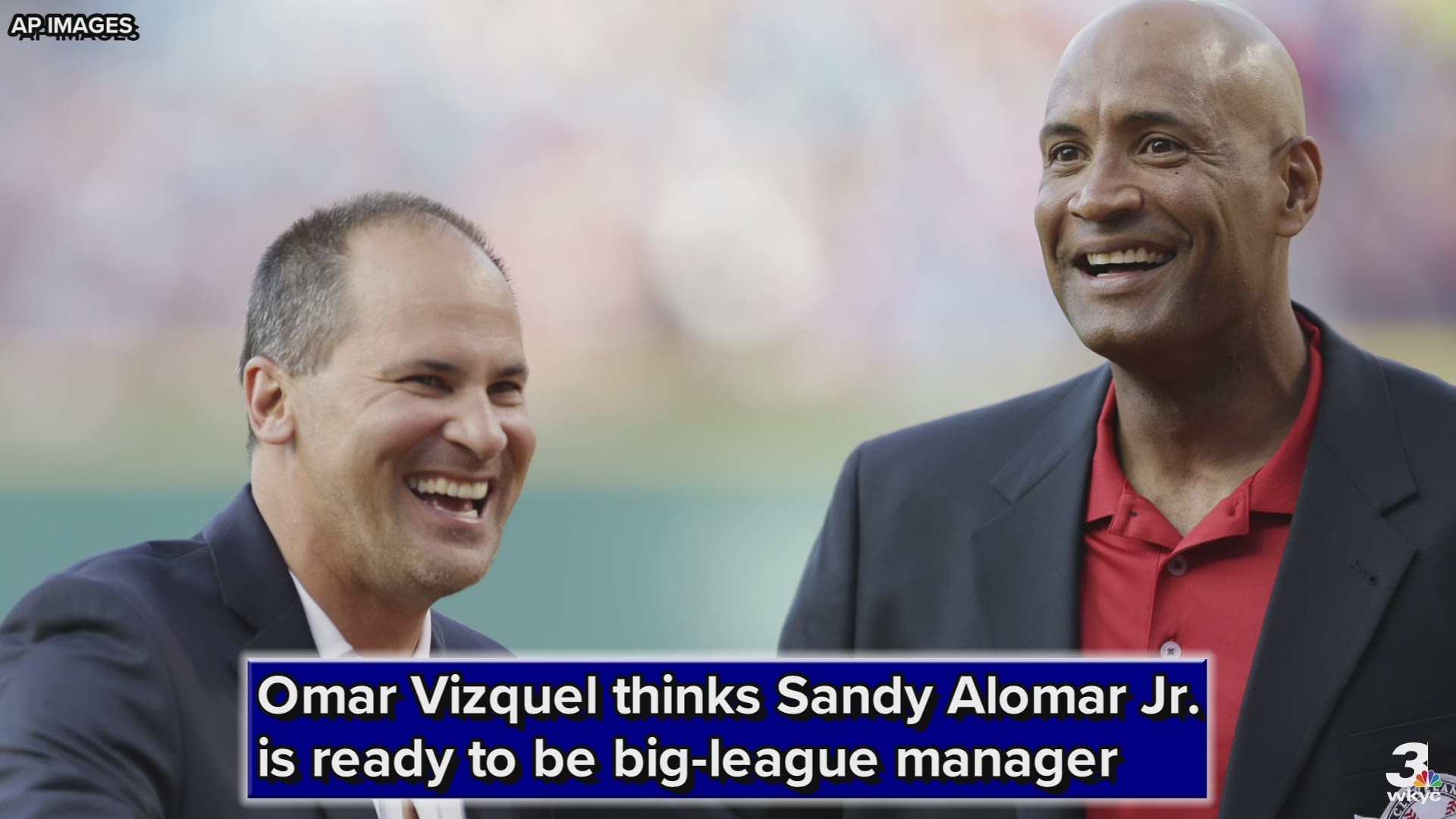 CLEVELAND — Former Cleveland Indians shortstop Omar Vizquel counted himself fortunate to compete alongside Sandy Alomar Jr., and it was during that time that he gained an appreciation for his catcher’s knowledge and understanding of the game.

Because of that experience and watching his former teammate study under the tutelage of Indians manager Terry Francona, Vizquel hopes Alomar Jr. will get an opportunity to be a manager in Major League Baseball.

“Obviously, he should be ready to manage a team someday, and I’m glad I got a chance to play with him because he was really intense,” Vizquel said in a press conference prior to an appearance at the Lake County Captains’ Hot Stove Event last week.

“He was one of the guys who never liked to lose. Seeing him there brings me a lot of great memories, and obviously, everybody knows about the Alomar family and how well they did in the big leagues. It would be nice to see him get a job someday.”

Credit: Carlos Osorio
Cleveland Indians first base coach Sandy Alomar Jr. walks in the dugout during the first inning of a game against the Detroit Tigers at Comerica Park in Detroit on September 2, 2017.

Alomar Jr. spent 11 of his 20 seasons in Major League Baseball with the Indians, who acquired him, as well as second baseman Carlos Baerga and outfielder Chris James in a trade with the San Diego Padres for outfielder Joe Carter prior to the 1990 season.

“What stands out from Sandy is how smart he is and the way he thinks,” Vizquel said. “He sees the game, obviously, different than everybody because he was a catcher, and now, being around Terry Francona and all his staff, I think he’s learned so much in how to run a team.”

Credit: Mark Duncan
Cleveland Indians coach Sandy Alomar Jr. jogs toward the dugout after warming up a pitcher during a game against the Oakland Athletics at Progressive Field in Cleveland, Ohio, on July 3, 2010.

Alomar Jr. was the 1990 American League Rookie of the Year, a 1990 Gold Glove Award winner and six-time AL All-Star, with his most memorable showing coming in the 1997 Midsummer Classic at Progressive Field in Cleveland.

In the bottom of the seventh inning, Alomar Jr. belted a two-run home run over the 19-foot high wall in left-center field, which turned out to be the game-winning hit and won him All-Star Game Most Valuable Player honors. Alomar Jr. was the first player in MLB history to earn All-Star Game MVP honors in his home park.

That was one of several memorable moments for Alomar Jr. in 1997.

Alomar Jr. returned to the Indians’ organization as a coach on November 17, 2009, where he has been a first-base coach, bench coach, Major League catching instructor and interim manager for the final six games of the 2012 season.

“He brought a lot of joy to this town,” Vizquel said. “Sandy was one of the original people to build up the team.

“Him, Carlos Baerga, Kenny Lofton and Albert Belle, the guys that were in the organization from the beginning, they had to move from the old ballpark and made the adjustment to the new one. It’s great to see him still with the Indians. It’s one of the greatest achievements that he has, really.”