Opening Day in Cleveland unlike any other for fans, downtown businesses

With no fans allowed at Progressive Field, Friday's home opener was a lot different than in years past. 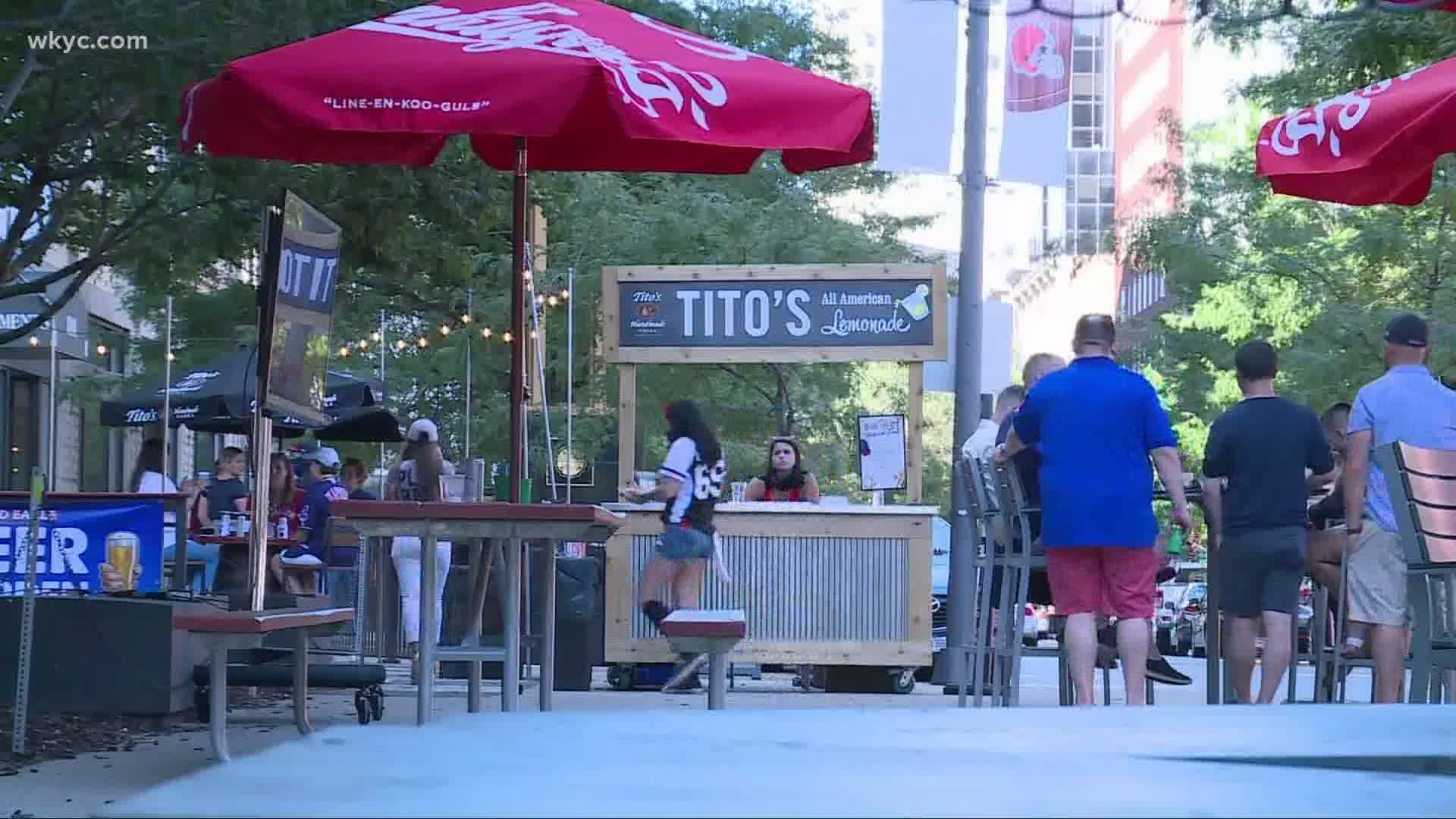 CLEVELAND — Bars and restaurants in Cleveland would be normally be packed after the home opener or really any baseball game night.

However, this season is like no other, in a year like no other. And as it turned out, Cleveland was pretty empty on Friday night after the Indians' win over the Royals.

A ghost town in Gateway Plaza, with just a few fans trying to get a peak at the action.

Plenty of tables at downtown bars open to sit at.

That was certainly the case at the Thirsty Parrot, normally open at 9 in the morning on for Indians' home openers.

We were told they are at 40 percent capacity - 200 people allowed in on a day when there would be more than a thousand Indians fan.

"We're expecting to have a lot of energy, just in a smaller capacity," said Chris Kneeland, Managing Partner at the Thirsty Parrot.

While coronavirus put a strike on the normal opening day vibe, what was a home run is the feeling of baseball - the fact that it's back.

A big score for Indians fans, no matter if they are in the stands or not.

Fans we spoke with say they get it, now is not the time to pack thousands of fans into any stadium.

How about a silver lining? They didn't have to fight for a parking space downtown.

A clear sign that Friday looked a lot different than years past.