OPINION | Despite the loss, home opener for Cleveland Indians brought a fresh air of normalcy during troubled times

Dave "Dino" DeNatale reflects on the Indians' first game with fans at Progressive Field since September 22, 2019 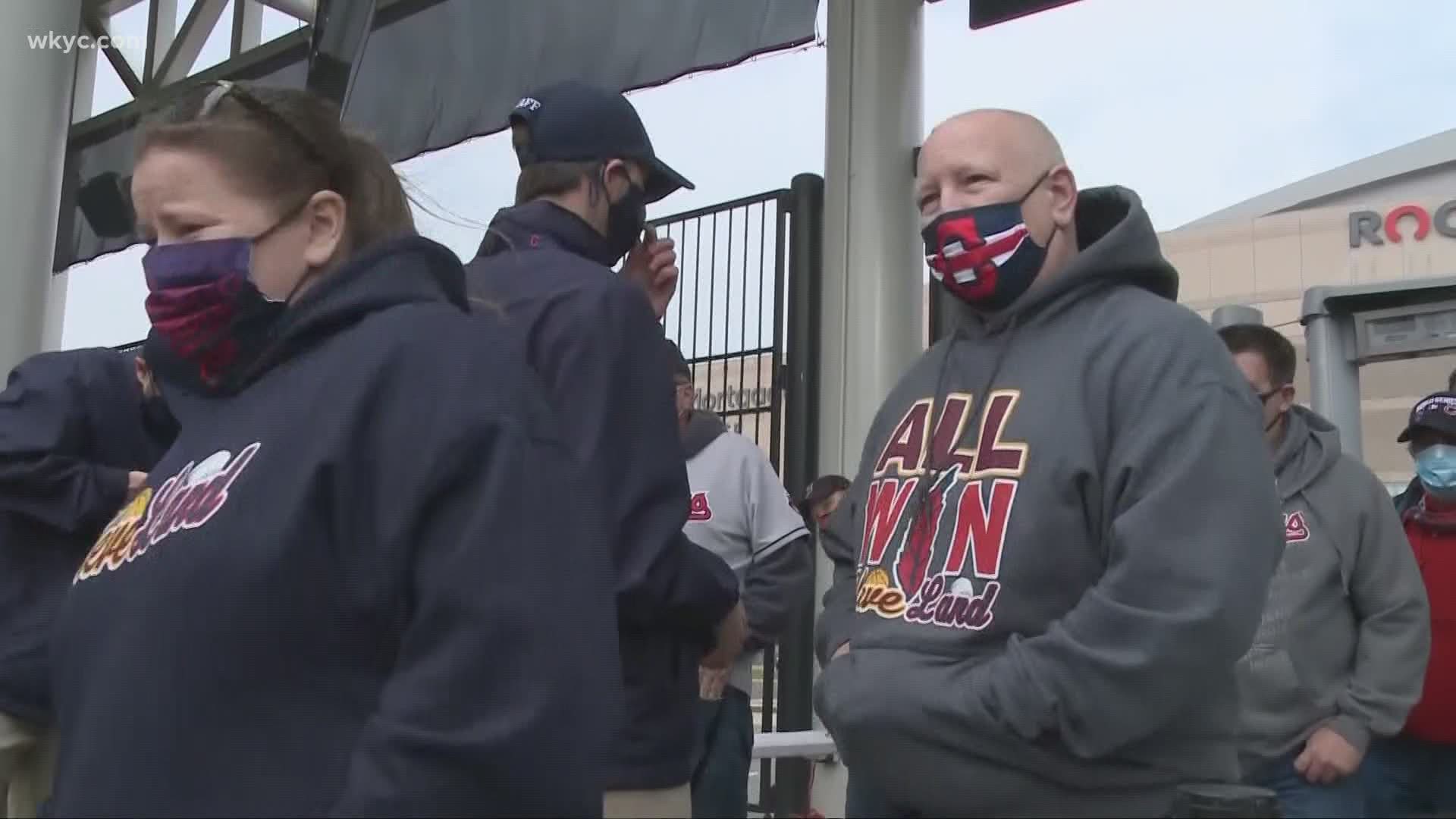 CLEVELAND — After a home opener in which the Cleveland Indians' bats were handcuffed to the tune of just three hits in a 3-0 loss to the Royals, it would be easy to write a column about the Tribe's sluggish offense.

Nope. Not going there. Not today.

You know why? Because I choose to embrace the fact that for one of the first times in the last 13 months, today felt normal.

The Cleveland Indians opened up the turnstiles at Progressive Field and fans returned to the ballpark for the first time since September, 22, 2019.

The romanticism that goes with Opening Day in Major League Baseball is something that no other sport can match. It's not just one game in 162. No, it's much more than that.

The day is a reminder that brighter times are ahead with the promise of summer. A reminder that least for one day, this town that is so fanatical about football, can act like a baseball town. And for one day, we dare ourselves to dream about what a World Series championship would feel like.

For all of us at 3News, Monday felt normal again.

Our crews were at the ballpark starting at 4:00 a.m. Our reporters got to tour the ballpark to see what's new this year. Jim Donovan was inside Progressive Field to host our pregame show.

Like the fans in attendance, our crews had to be masked and observe social distancing and other protocols.

But we were there.

As in days of old, fans showed up in big numbers to tailgate at some of downtown's favorite restaurants and bars before taking a walk over to the park.

Man... @Indians fans really showed up today. More than I expected. Bar owners were surprised (and HAPPY) too! More on @wkyc3 after the game at 7pm on Front Row. pic.twitter.com/5eeYo1wgrf

And once the game started, the beating of the drum was still happening out in the left field bleachers, courtesy of the Black Keys' Patrick Carney filling in for John Adams.

So many of our favorite traditions and institutions have had to be put on hold because of the COVID-19 pandemic. And while there is reason for optimism as many of us receive our vaccines, there are times when it feels like normal is still very far away.

That's what made today so special.

Whether you were at the game, watching it on your television, or listening on your radio, you could close your eyes and it felt real. No manufactured crowd noise. No echoes of an empty ballpark.

It was baseball. It was us. It was normal.

A 3-0 loss to Danny Duffy and the Royals?