The Cleveland Indians evened their record on the season at 2-2 with a 5-3 victory over the Chicago White Sox on Monday. 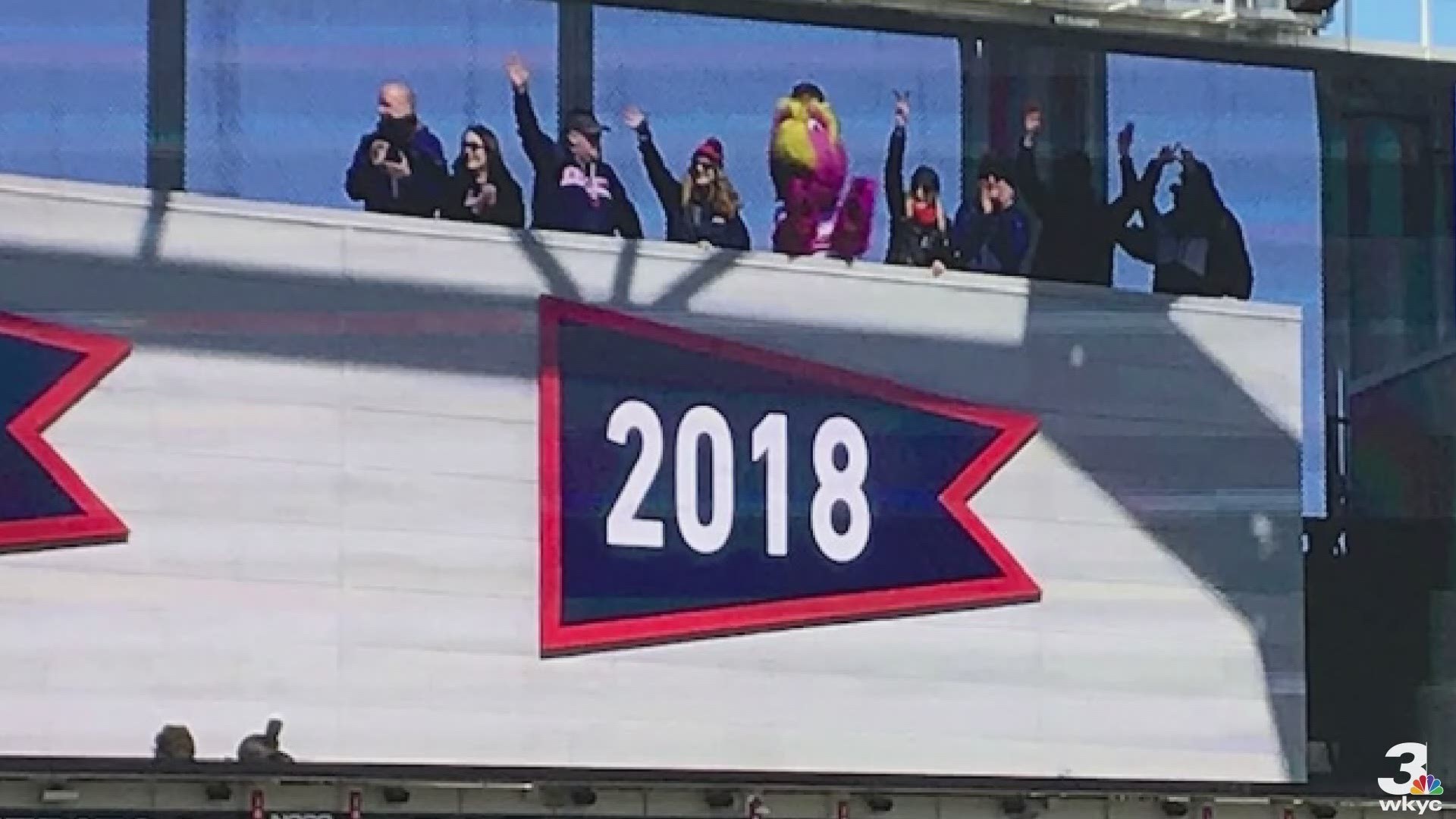 CLEVELAND -- It may not have been the way they drew it up.

But in the game of baseball, all runs count the same.

After seven innings of largely stagnant bats, the Cleveland Indians' offense finally showed up in the bottom of the eighth inning -- and then received some help from the Chicago White Sox bullpen. Facing their final six outs of the game trailing 3-1, the Indians rallied to score four runs in the bottom eighth -- the latter two of which came when White Sox relievers walked Cleveland batters with the bases loaded.

Brad Hand came on the record the save, with Indians starter Mike Clevinger having pitched a masterful 7-inning, 1-hit performance while recording a career-high 12 strikeouts. With the win, Cleveland improved to 2-2 on the 2019 season, sending a sold-out crowd home happy in its 2019 Home Opener.

Indians 5, White Sox 3: Brad Hand comes on in relief and earns the save, recording two strikeouts to seal the win.

Indians 5, White Sox 3: What starts off as a nice rally by the Indians to tie the game takes a bizarre twist when the White Sox walk not one, but two Indians batters with the bases loaded, allowing Cleveland to regain a 5-3 lead. After Leonys Martin walks and Jake Bauers doubles, Hanley Ramirez and Max Moroff knock in RBIs, with Roberto Perez and Max Moroff each walking to take -- and add -- to the Indians' lead.

White Sox 3, Indians 1: The Indians fail to capitalize on Clevinger's performance -- at least for now -- with Chicago manufacturing a run out of an Adam Cimber error that allowed Jose Rondon to reach base. After Rondon scores on Yoan Moncada double off Oliver Perez, Ryan Cordell hits a 2-run pinch-hit home run off Jon Edwards to give Chicago a 3-1 lead.

Indians 1, White Sox 0: Tyler Naquin records a 2-out single, but is left on base when an Eric Stamets strikeout takes us to the eighth.

Indians 1, White Sox 0: In what will likely be his last inning on the mound, Clevinger adds two strikeouts, giving him a career-high 12 on the day as the Indians head to the bottom of the 7th still unscathed.

Indians 1, White Sox 0: Jose Ramirez notches a one-out double and eventually scores on a 2-out Carlos Santana single as the Indians take the first lead of the game.

Indians 0, White Sox 0: The offensive pace -- or lack thereof -- continues with another 1-2-3 inning. Clevinger gets the Indians off the field by striking out Jose Abreu for his 10th K of the game, leaving him one shy of his career-high.

Indians 0, White Sox 0: A quick 1-2-3 inning for the Tribe comes to an end on an Eric Stamets pop out, with White Sox pitcher Ivan Nova totaling just eight pitches in the stanza.

Indians 0, White Sox 0: A Wellington Castillo lead off single breaks up Clevinger's no-hitter, but that's the only damage done against the Cleveland starter, who records two strikeouts to close the inning, bringing his total for the game to 9.

Indians 0, White Sox 0: Hanley Ramirez notches a 2-out single, but that's all the offense the Indians are able to muster as we head to the fifth.

Indians 0, White Sox 0: Clevinger pops out Jose Abreu and lines out Yonder Alonso before striking out Eloy Jimenez to remain hitless through four.

Indians 0, White Sox 0: Another 1-2-3 inning in the books, with an Eric Stamets ground out, Leonys Martin flyout and Jose Ramirez deep fly to right center taking us to the fourth.

Indians 0, White Sox 0: Clevinger answers back with a 1-2-3 inning of his own, striking out Daniel Palka for his fifth of the afternoon.

Indians 0, White Sox 0: Brad Miller and Roberto Perez ground out and Tyler Naquin lines out to complete a 1-2-3 inning for the Tribe.

Indians 0, White Sox 0: Clevinger walks two with one out and finds himself in a jam, but gets out of it by forcing a Yolmer Sanchez flyout and striking out Jose Rondon swinging for his fourth K of the game.

Indians 0, White Sox 0 - Leonys Martin notches a leadoff double with Jose Ramirez reaching base the following at-bat thanks to an error. The Indians, however, are unable to covert any of their three base runners for the inning into runs, with back to back Carlos Santana and Hanley Ramirez strikeouts bringing the inning to an end.

Indians 0, White Sox 0 - Three up, three down for Mike Clevinger, who strikes out the first three batters he sees in the 2019 season.