According to a report from the New York Post, Cleveland Indians general manager will not interview for the same position with the New York Mets. 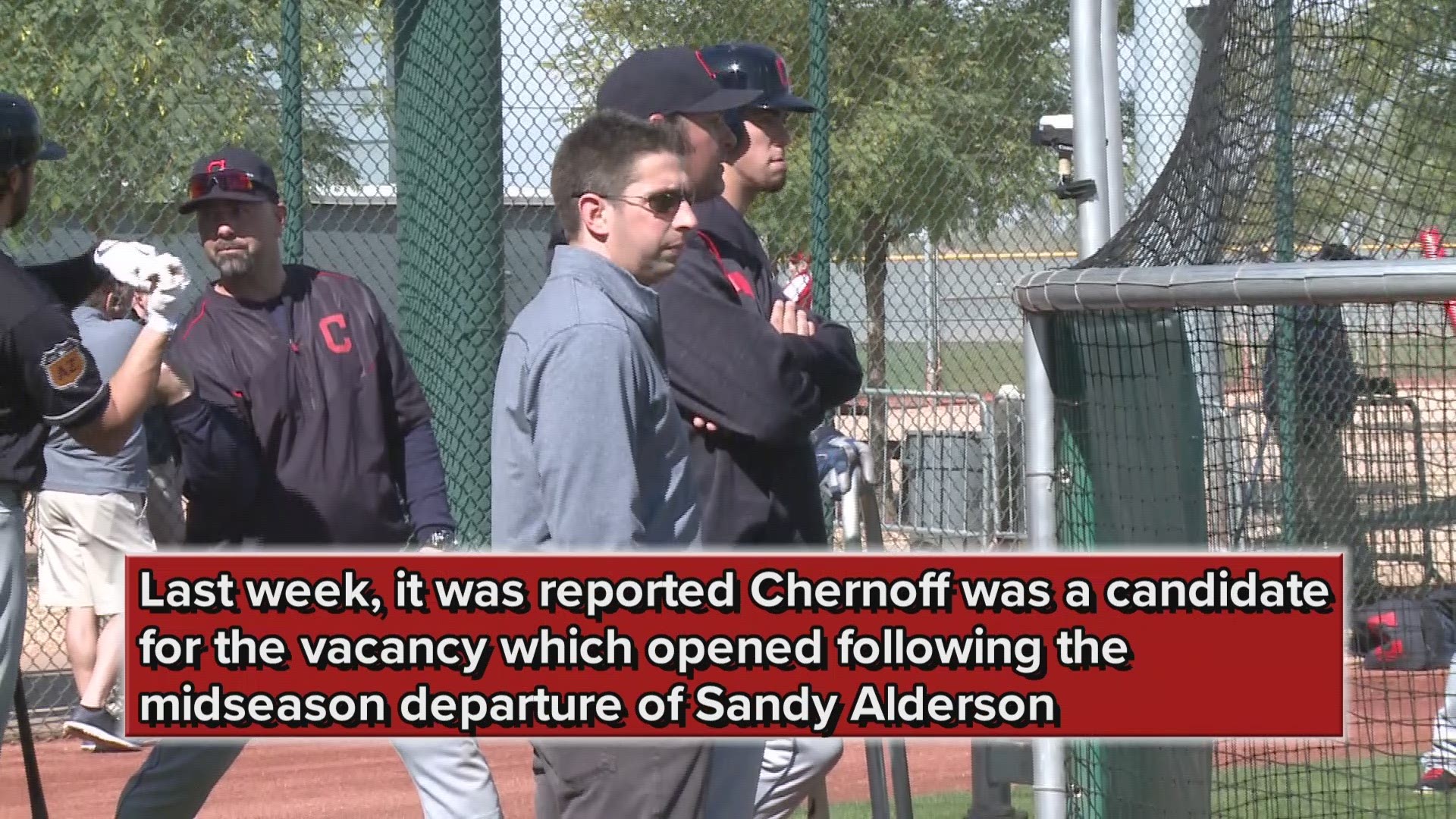 CLEVELAND -- As it turns out, the Cleveland Indians may not be in danger of losing their general manager after all.

According to Mike Puma of The New York Post, Indians GM Mike Chernoff is not expected to interview for the same position with the New York Mets. Last week, Jon Heyman of the MLB Network and Andy Martino of SportsNet New York each reported Chernoff was a candidate for the vacancy which opened following the midseason departure of Sandy Alderson.

The Mets compiled a 77-85 record in 2018, their first with former Indians pitching coach Mickey Callaway serving as manager.

That the Mets would target the 37-year-old Chernoff makes sense, given both Cleveland's recent run of success and his ties to the Tri-State area. A native of New Jersey and former shortstop on the Princeton baseball team, Chernoff's father, Mark Chernoff, is the vice president of programming for CBS Radio in New York.

That interest, however, doesn't appear to be mutual, with Heyman noting one potential complication being that Chernoff already as a GM job that he likes. Having interned with the Indians during his senior year of college in 2003, Chernoff has been a part of the organization ever since, making him one of the team's longest-tenured front office employees.

Without Chernoff seemingly out of the running, the Mets are expected to turn their attention toward a list of candidates including former Brewers and Rangers GM Doug Melvin, Cardinals director of player development Gary LaRocque, MLB executive Kim Ng, Nationals special assistant De Jon Watson and Rays senior vice president of baseball operations Chaim Bloom, according to Puma.