According to Mark Feinsand of MLB.com, former Cleveland Indians outfielder Yasiel Puig has signed with the Atlanta Braves. 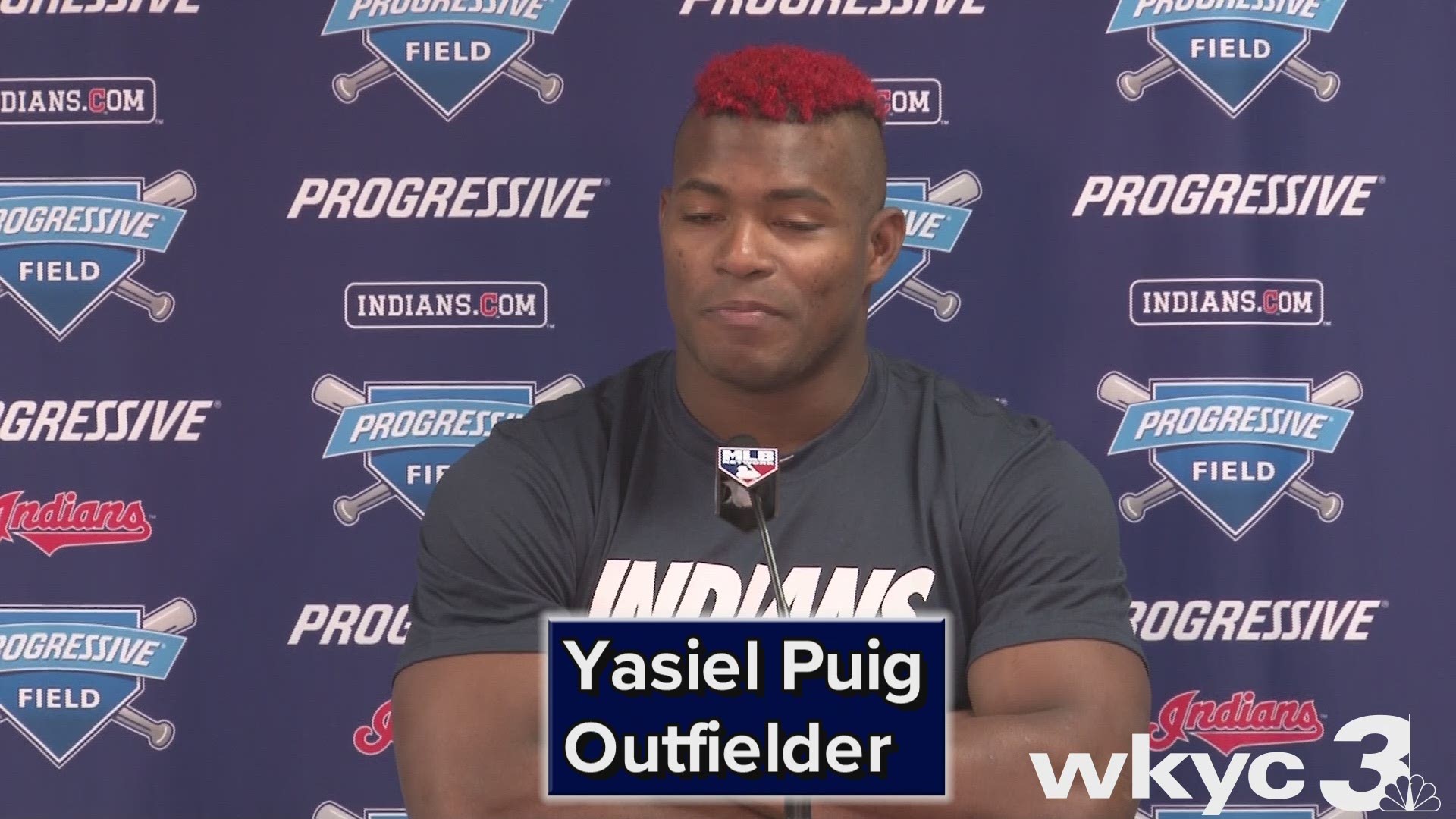 Yasiel Puig's time as a member of the Cleveland Indians has officially come to an end.

According to MLB.com's Mark Feinsand, the 29-year-old outfielder has signed with the Atlanta Braves.

Once considered one of the most exciting young players in baseball, the Indians acquired Puig from the Cincinnati Reds in a three-way deal that also included the San Diego Padres at last year's trade deadline. In 49 games in Cleveland, the 2014 All-Star selection hit for a .297 batting average (.800 OPS), but hit just 2 home runs while tallying 23 RBIs.

Despite lacking proven production in their outfield, the Indians never seemed to make a serious run at re-signing Puig, who played in right field in all but one appearance with Cleveland last season. Instead, the Indians enter 2020 hoping that Franmil Reyes and Domingo Santana can add some pop to their outfield, although both are better suited to serve as the team's designated hitter.

With the 2020 season delayed due to the coronavirus (COVID-19), the Indians will kick off this year's campaign on July 24 when they host the Kansas City Royals.