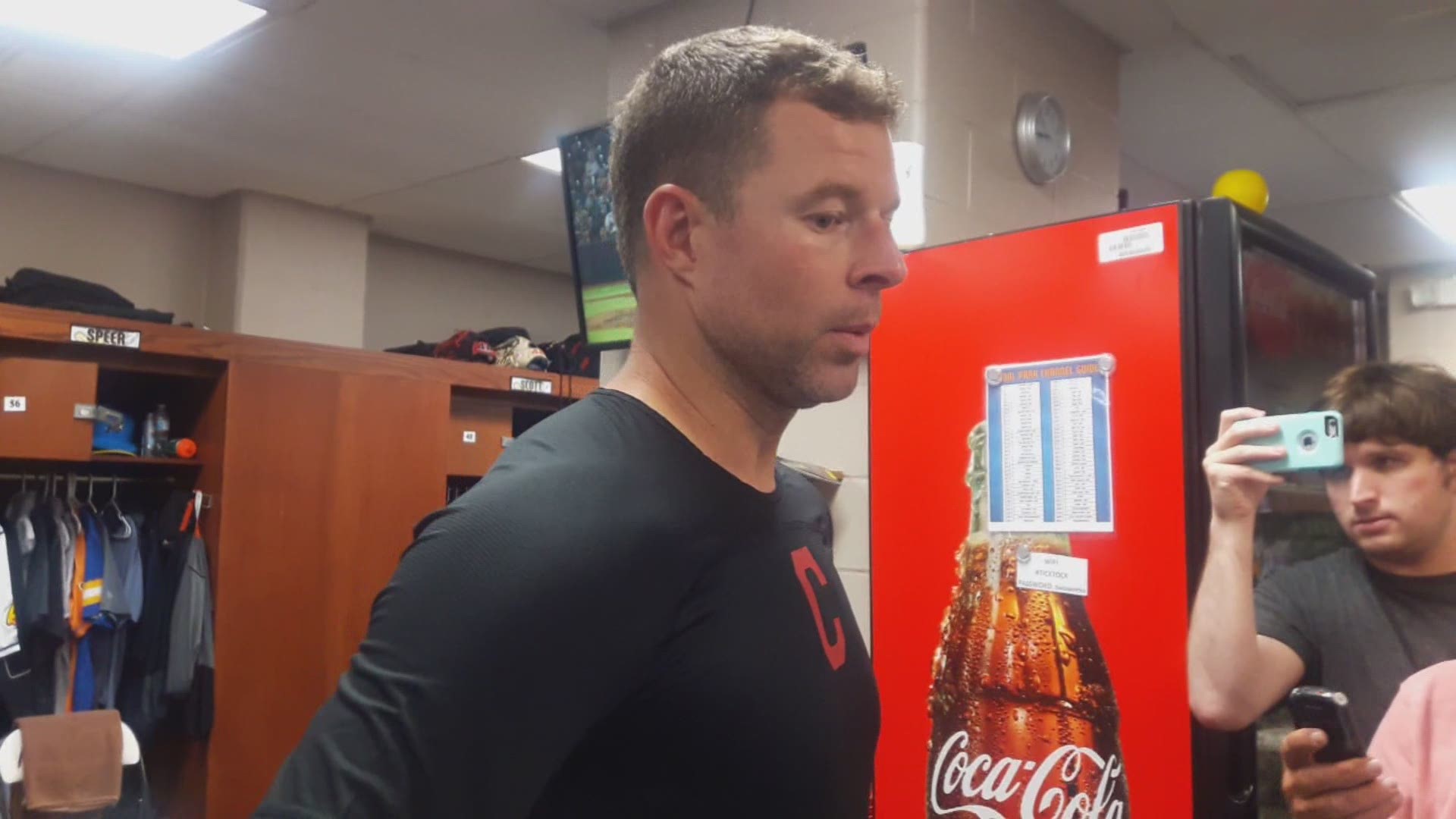 CLEVELAND — In a move that could be the first of many in a significant offseason for the team, the Cleveland Indians have traded Corey Kluber to the Texas Rangers.

Kluber, 33, had spent his entire MLB career in Cleveland since debuting with the team in 2011. In that span, the right-hander has won two American League Cy Young Awards (2014, 2017), in addition to being named to 3 All-Star Games.

Over the course of eight seasons with the Indians, Kluber amassed a 98-58 record, to go along with a 3.16 ERA and 1,461 strikeouts. His 2019 campaign, however, was limited to just 7 games as he suffered a fractured forearm in May after being struck with a line drive before suffering a strained oblique during a rehab start in August.

Despite his injury -- and their apparent willingness to deal him -- the Indians picked up the $17.5 million club option on Kluber's contract for the 2020 season.

In trading Kluber, the Indians deal away one of their most accomplished players in franchise history. In addition to the collection of hardware he built during his time in Cleveland, the Coppell, Texas, product ranks eighth in pitching WAR (wins above replacement) with 33.2 and started five straight Opening Days for the Indians from 2015-2019.

In addition to Kluber, Cleveland has been linked to trade talks involving All-Star shortstop Francisco Lindor since the end of the 2019 season. Last week, Bob Nightengale of USA Today reported that the Indians were in "serious" talks regarding Lindor with the Los Angeles Dodgers, who lay claim to the No. 2 prospect in baseball in infielder Gavin Lux.

RELATED: Who is Gavin Lux? Meet the Dodgers' top prospect linked to the Indians in trade talks