The Cleveland Indians simply wouldn't be the same without them. 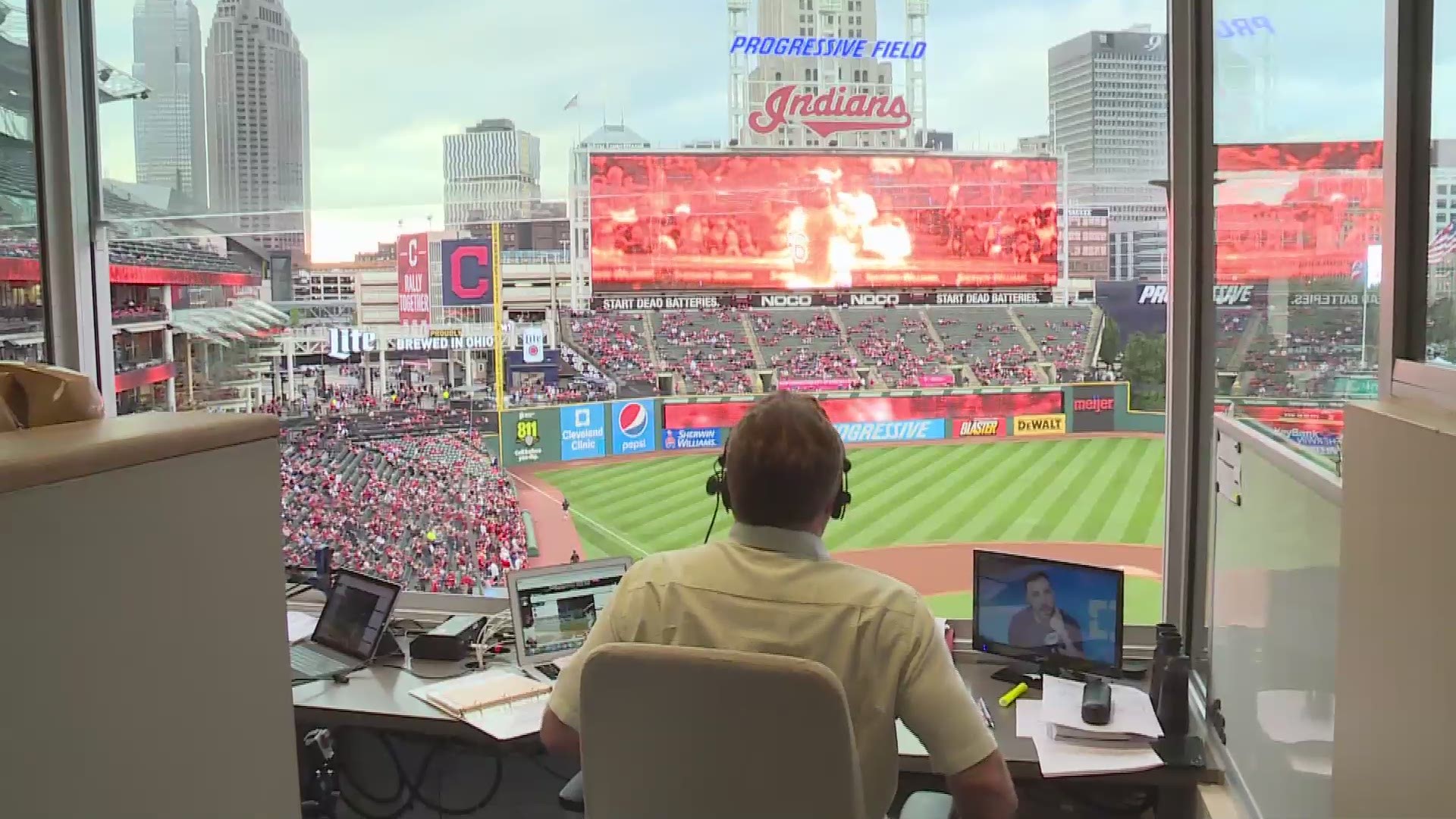 CLEVELAND — When it comes to Major League Baseball there are very few certainties. You never know what you will see or hear at the ballpark.

But for the last 30 years, Cleveland Indians fans have been able to count on two things: They will hear Tom Hamilton on the radio and see Rick Manning on the television.

Since 1990, Hamilton, the magical voice of the Tribe, has painted us the picture of Indians baseball. He’s one of the best in the business. From his signature opening of “And we're underway at the corner of Carnegie and Ontario!” to his epic calls like “Swing and a drive, waaaay back and gone!!” you can certainly picture him saying “How about that!” and “Ballgame!”

Hamilton and his wife Wendy are not from Northeast Ohio, but certainly feel like it. He said he feels incredibly blessed to raise his family here and will tell you he’s living the impossible dream. As a professional, nothing will ever top the first game he called in 1990. His favorite memory, though, is when Kenny Lofton scored from second base and you knew the ‘95 Indians were World Series bound.  Hamilton has been able to call three Indians trips to the World Series including two game sevens.

“I know how lucky I’ve been. To have even done two game sevens in the World Series, if you’re a broadcaster that’s kind of the top of the mountain.”

In the TV booth next door, Manning has been there every step of the way. In 1987 after 14 big league seasons Manning was done with baseball at the age of 33.

RELATED: Does the voice of the Cleveland Indians Tom Hamilton practice play-by-play calls in the shower? He reveals all in 'Beyond the Dugout'

RELATED: Cleveland Indians broadcaster Rick Manning talks about the special autographed baseball he kept from his career: 'Beyond the Dugout'

He won a Gold Glove and caught the final out of Len Barker’s perfect game, but now had to figure out what was next. He didn’t want to manage or coach and was done with buses, but he still wanted to stay in the game. Eventually, SportsChannel gave him that chance, and 30 years later Manning has the longest tenure of any TV announcer in Tribe history.

“I just wanted to do something. I had no idea it would last this long. I said if I was going to get into broadcasting I want to do it like Herb Score did. He got out of baseball and did radio for 34 years.”

Only Herb Score has broadcast more seasons of Indians baseball than Hamilton and Manning. Both credit the longtime Indians pitcher and legendary radio voice for their success.

When asked to describe Score using one word, Hamilton said "fatherly" with tears in his eyes. 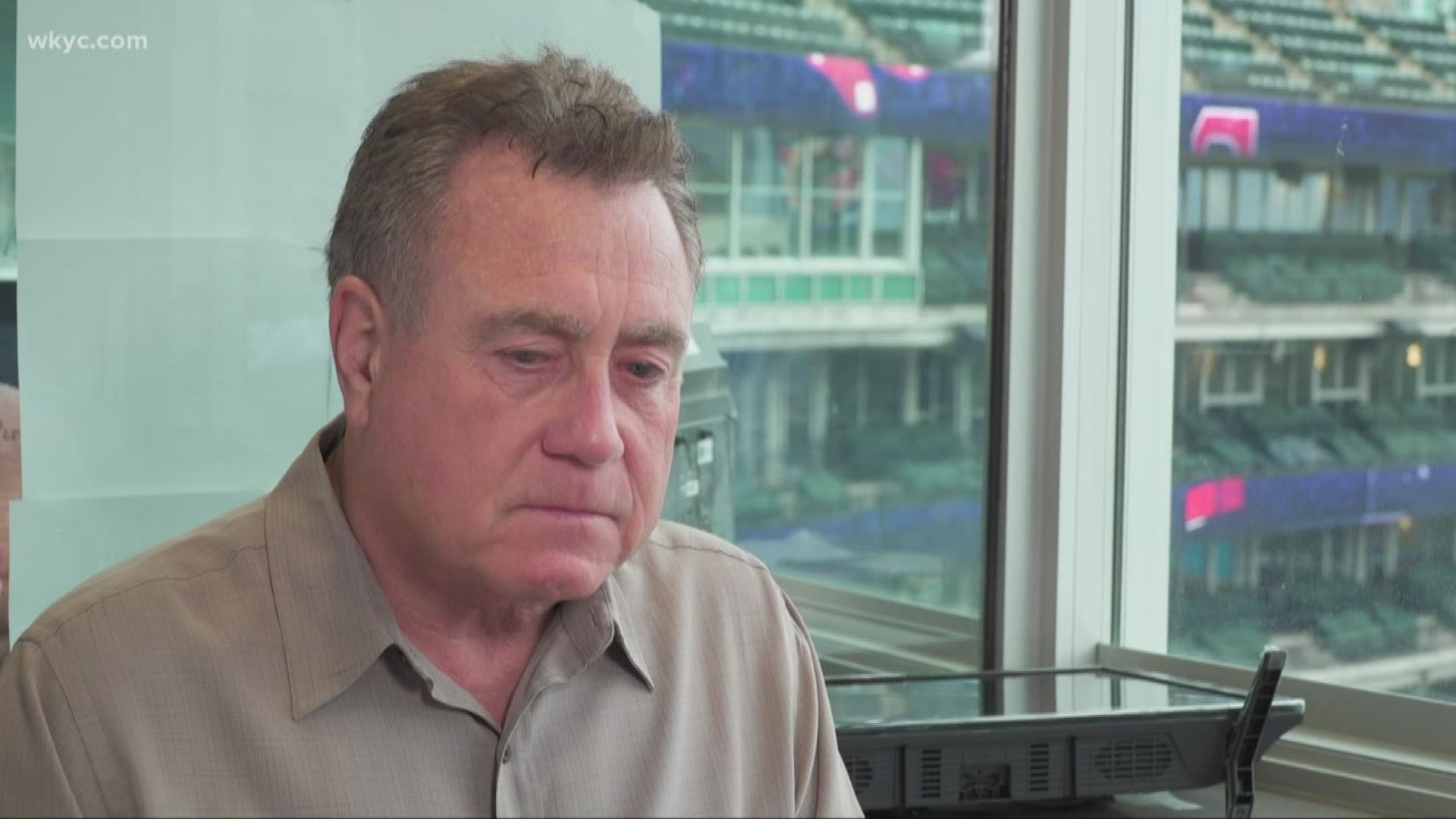 And what would happen if the Tribe won a World Series?

Hamilton: “I just would love to see the outpouring of emotion that you would see from the generations of people that thought that was the impossible dream.”

Manning: “I’ve thought about this. If we ever do, I might retire right after and go out on a high note.”