"Making them the Cleveland Buckeyes is all about Ohio and all about the fight for justice in our country." 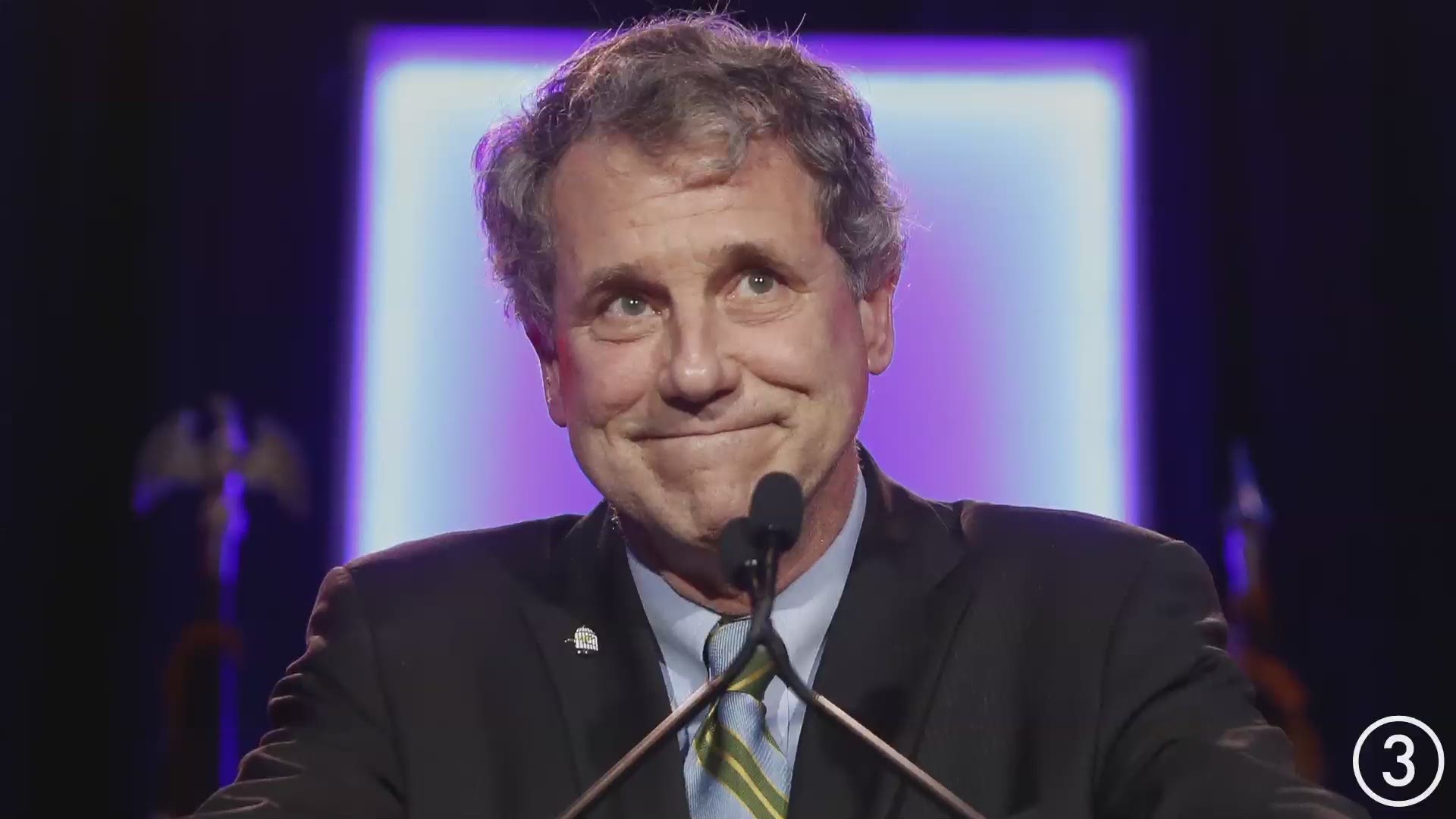 CLEVELAND — One of the biggest Cleveland Indians fans to be found anywhere is U.S. Senator Sherrod Brown. On Wednesday, Brown weighed in on the current debate about whether the club should change its nickname during a conference call with reporters.

"I called the owner (Paul Dolan) yesterday and left him a voice mail," Brown said. "I think they should change the Indians name to the Cleveland Buckeyes, the name of the Cleveland team in the Negro Leagues."

The call for a change in nicknames, such as the Indians and Redskins, is part of a newfound awareness of racial insensitivities in the aftermath of George Floyd's death in Minneapolis and the civil unrest that followed. Several companies and brands have made pledges to either examine or change racially insensitive names and/or mascots.

Last week, the NFL's Washington Redskins announced a further review of its identify following calls for change from the community, lawmakers, and sponsors, including FedEx and Nike. Hours later, the Indians released a statement saying discussions were underway regarding the future of its team name.

"We have had ongoing discussions organizationally on these issues. The recent unrest in our community and our country has only underscored the need for us to keep improving as an organization on issues of social justice. With that in mind, we are committed to engaging our community and appropriate stakeholders to determine the best path forward with regard to our team name," the Indians said in its statement.

Since the statement was put out by the Indians, there has been plenty of speculation about possible replacement names for the club. Oddsmakers have the 'Spiders' as the current favorite. But Brown is in favor of the 'Buckeyes' as a tip of the cap to the former Negro League team in Cleveland.

Brown isn't the only member of his household to favor the 'Buckeyes' as a new name for the Cleveland baseball franchise. His wife, author Connie Schultz, is also pushing for that nickname on social media.

While Brown is on the side of changing the name of the Cleveland baseball franchise, President Donald Trump has made it clear he's for keeping the name as it is.

"They name teams out of STRENGTH, not weakness, but now the Washington Redskins & Cleveland Indians, two fabled sports franchises, look like they are going to be changing their names in order to be politically correct," President Donald Trump tweeted earlier this week. "Indians, like Elizabeth Warren, must be very angry right now!"

Members of the Indians organization, including manager Terry Francona and All-Star shortstop Francisco Lindor, have come out in favor of changing the team's name. But there's no timetable on when that decision might be made.

"Making them the Cleveland Buckeyes is all about Ohio and all about the fight for justice in our country. I'm hopeful that's what they rename the team," Brown concluded.