Terry Francona: Despite loss, Corey Kluber ‘was so efficient’ in Indians’ opener at Minnesota 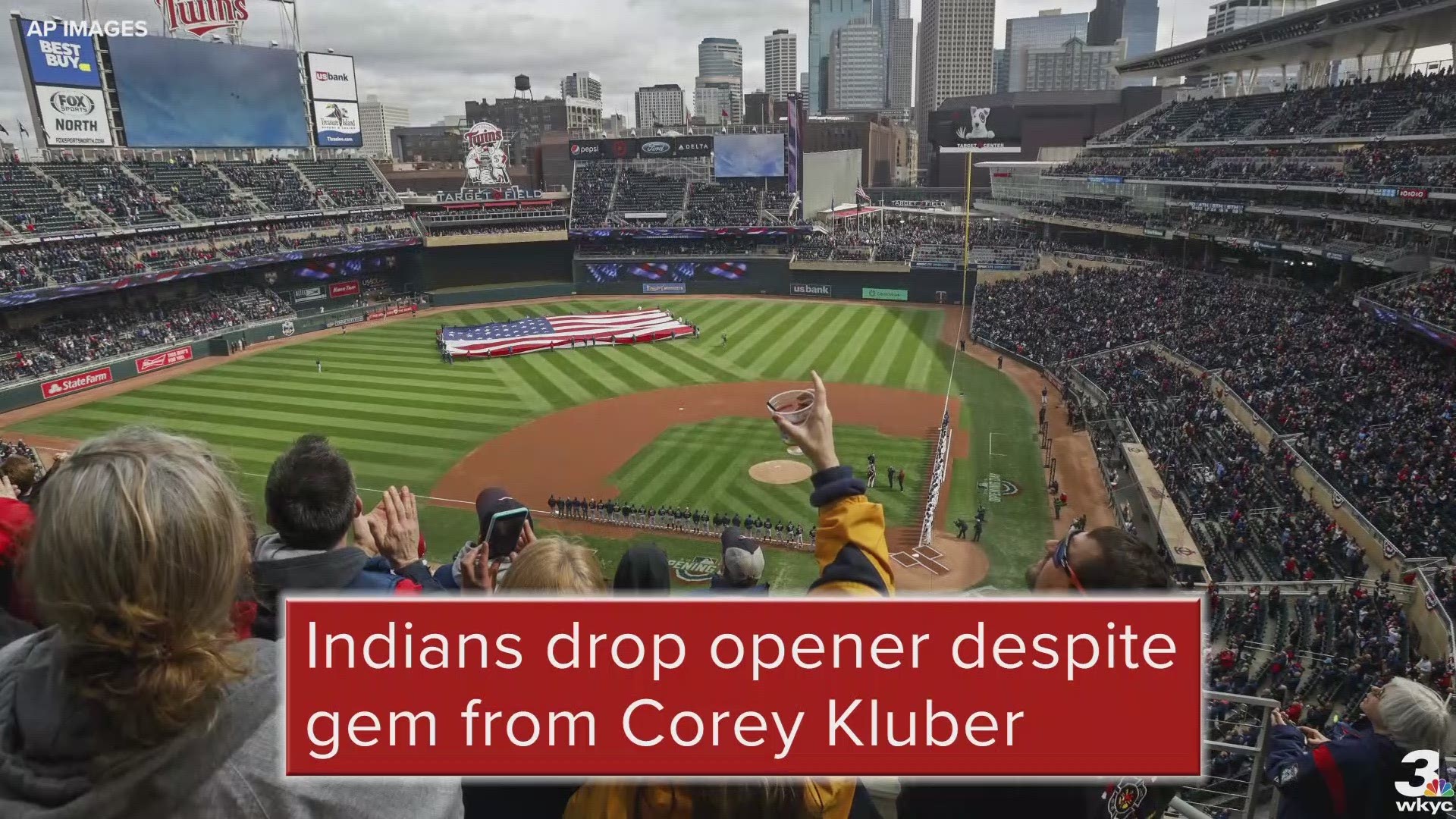 CLEVELAND — For the fifth consecutive season, the Cleveland Indians turned to ace pitcher Corey Kluber to start the season with a strong performance, and that was exactly what he did in Thursday’s Opening Day game against the Minnesota Twins, albeit in a losing effort.

Despite seven innings of four-hit, two-run baseball from Kluber, the Indians suffered a 2-0 loss to the Twins, one of their chief challengers for the top spot in the American League Central Division.

“He was so efficient,” Indians manager Terry Francona said of Kluber. “My goodness sakes, I think after three innings, he had 22 pitches. Obviously, they’re trying to make early contact, but he was taking the sting out of their bats, which is what you want them to do.

“We just got to the seventh and they strung a couple together, and probably the last guy you want hitting off of Kluber is Gonzalez because he’s had so much success and he rifled that one in the gap. That’s all there was.”

Not only did Kluber have a no-hitter going through the first five innings, he was perfect through four frames.

In the bottom of the fifth inning, he allowed a two-out walk to third baseman Marwin Gonzalez, but got second baseman Jonathan Schoop to fly out to left field to quell a potential rally. Then, in the bottom of the sixth inning center fielder Byron Buxton smashed a 2-0 pitch to the wall in left field for a double. However, Kluber worked out of the jam by getting right fielder Max Kepler to fly out to left field and shortstop Jorge Polanco to pop out to third base.

“We’ve seen that a lot,” Francona said of hitters trying to get on base early in counts against Kluber.

“I think guys know if they stick around, there’s a decent chance they’re going to strike out. They tried to get him early, but he did a really good job. He was attacking with so many strikes, but staying out of the middle of the plate.”

Credit: Ross D. Franklin
Cleveland Indians starter Corey Kluber throws a pitch against the Cincinnati Reds during the first inning of a spring-training game at Goodyear Ballpark in Goodyear, Arizona on Monday, March 11, 2019.

In the seventh inning, designated hitter Nelson Cruz hit a lead-off single to left field, and two batters later, moved into scoring position on a single from first baseman C.J. Cron, which set the table for Gonzalez.

Known for being one of the few players with a successful track record against Kluber, a two-time American League Cy Young Award winner and four-time finalist, Gonzalez took an 0-1 change-up to center field for a double and brought around both Cron and Cruz.

“I just didn’t make a good pitch right there,” Kluber said. “I threw a lot of good change-ups throughout the day, and that was really the first one that kind of floated on me, and unfortunately, it was in a bad spot.

“I think you’re still just trying to execute pitches. You know that they’re going to be aggressive when you see how it was going after the first few innings. It doesn’t really change the game plan.

“You still approach guys the same way, just trying to execute pitches every time, just like you would normally, and I think if you can create soft contact and get some easy outs, then it works out in your favor. I don’t think that you necessarily change the approach because of that.”