The bill, co-sponsored by Ohio's U.S. Senators Sherrod Brown and Rob Portman, now will go to the desk of President Donald Trump to be signed into law. 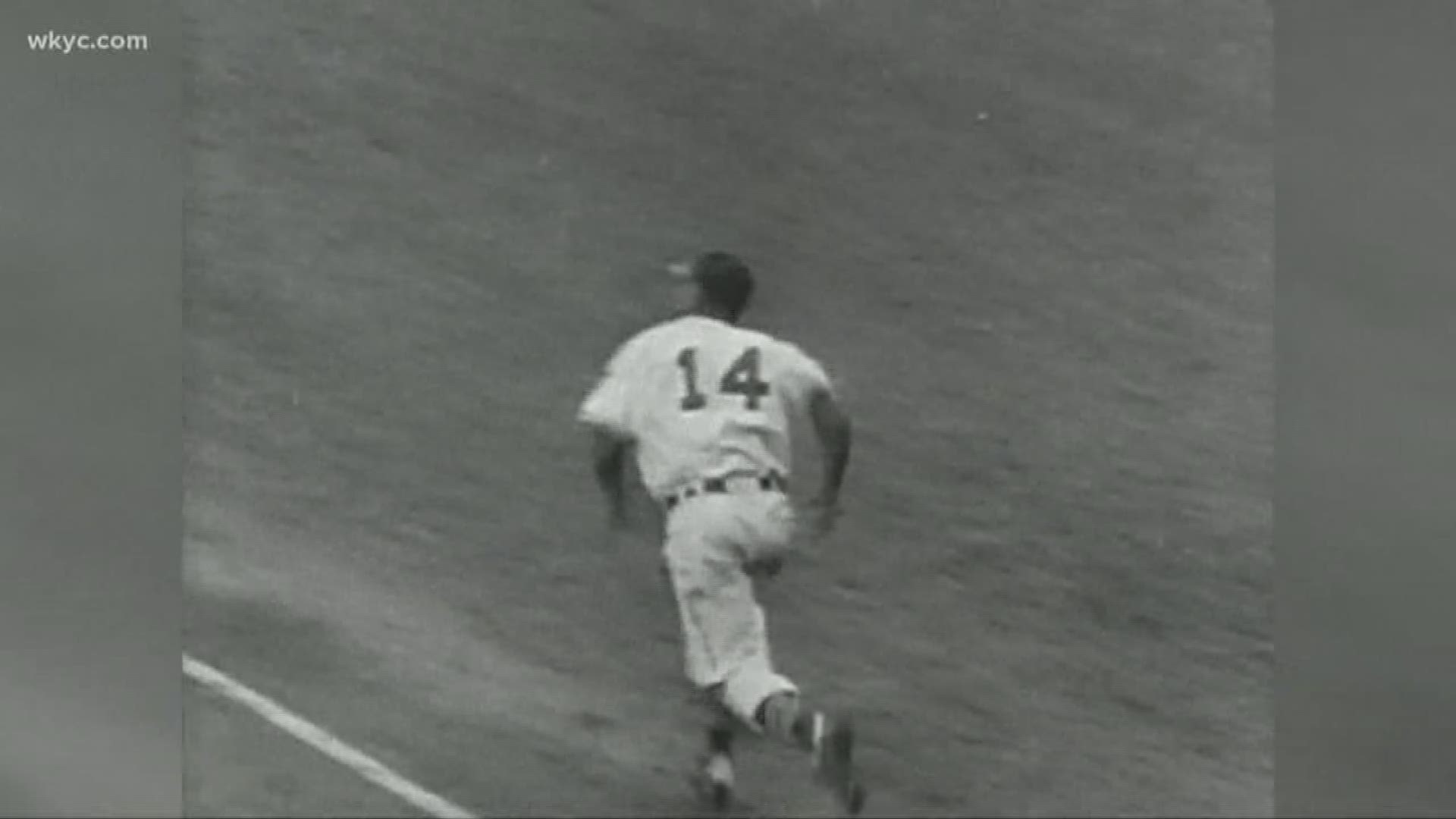 The bill, co-sponsored by Ohio's U.S. Senators Sherrod Brown and Rob Portman, now will go to the desk of President Donald Trump to be signed into law.

As the first African American player in the AL, Larry Doby broke down barriers & forever changed baseball. As a civil rights pioneer he inspired thousands of #Ohioans to push the boundaries of what they thought was possible. I’m proud to honor him w/ the Congressional Gold Medal

“Larry Doby seldom receives credit for his role in integrating all of professional baseball and its past time to honor his contributions to both civil rights and America’s game,” added Brown, who displays in his Washington, D.C. office a replica of the statue of Doby that stands at Progressive Field. “Doby’s heroism surpasses his remarkable skill – he overcame discrimination and hostility to break barriers, leading Cleveland to victory and moving our country in the right direction."

Doby was the first African-American to play in the American League, following shortly behind Jackie Robinson in 1947. He was a 7-time All-Star, led the American League in homers twice, and was inducted into Baseball's Hall of Fame in 1998.

In June, the U.S. House of Representatives approved a resolution for Doby to receive the Congressional Gold Medal, co-sponsored by Rep. Jim Renacci of Wadsworth.

I want to thank my colleague, @RepJimRenacci, for his leadership in the #House to get this bill passed. Larry Doby is a symbol for the fight for equality in America & I can think of no one more deserving for the Congressional Gold Medal. https://t.co/3f1ToFcwnl