Back in February, Cleveland Indians pitcher Shane Bieber took time out of his schedule to answer fan mail letters with WKYC's Betsy Kling. 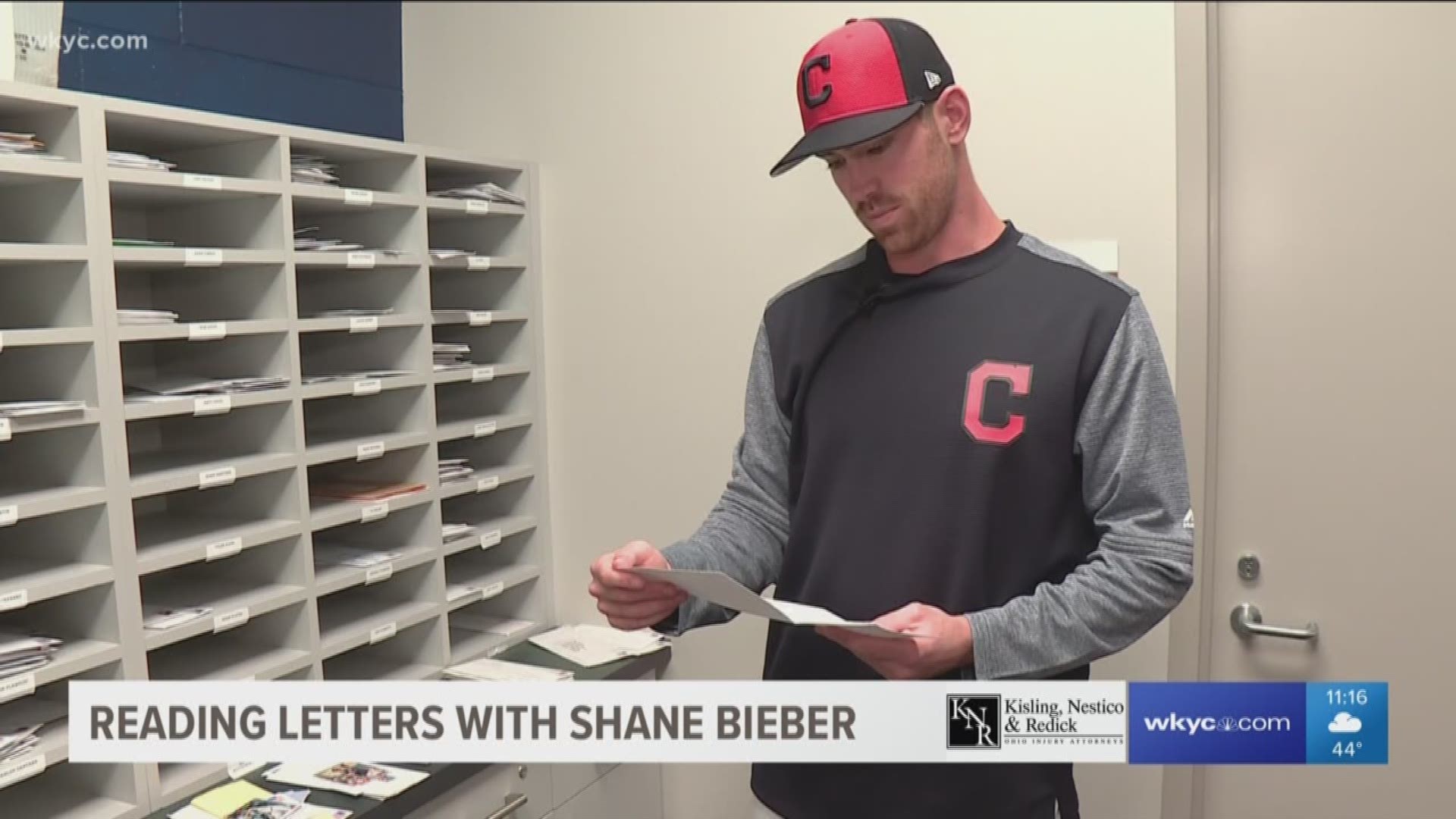 CLEVELAND -- After the week that was, Shane Bieber might be the most popular man in Cleveland these days.

But the Indians' starting pitcher didn't have to wait to win MVP of the MLB All-Star Game in his home stadium on Tuesday to first garner a following.

Even before he had pitched his first full season in the big leagues, the 24-year-old was receiving fan mail. In fact, he even took a break from his Spring Training regimen in February to answer such letters in a segment with Betsy Kling that aired on WKYC Channel 3.

You can watch the full video of Bieber answering fan mail in the video above.

Earlier this week, Bieber wasn't receiving just fan mail, but stadium-wide chants of his name as he made his All-Star Game debut. After striking out all three batters he faced in the top of the fifth inning, the second-year starter was named the MVP of what was ultimately a 4-3 American League victory.

“I really can’t thank the City of Cleveland and the fans enough for really providing me that moment,” Bieber said Thursday. “That’s something I’ll cherish forever and I’ll never forget.”