Carrasco will be on the mound for the Rubberducks this evening 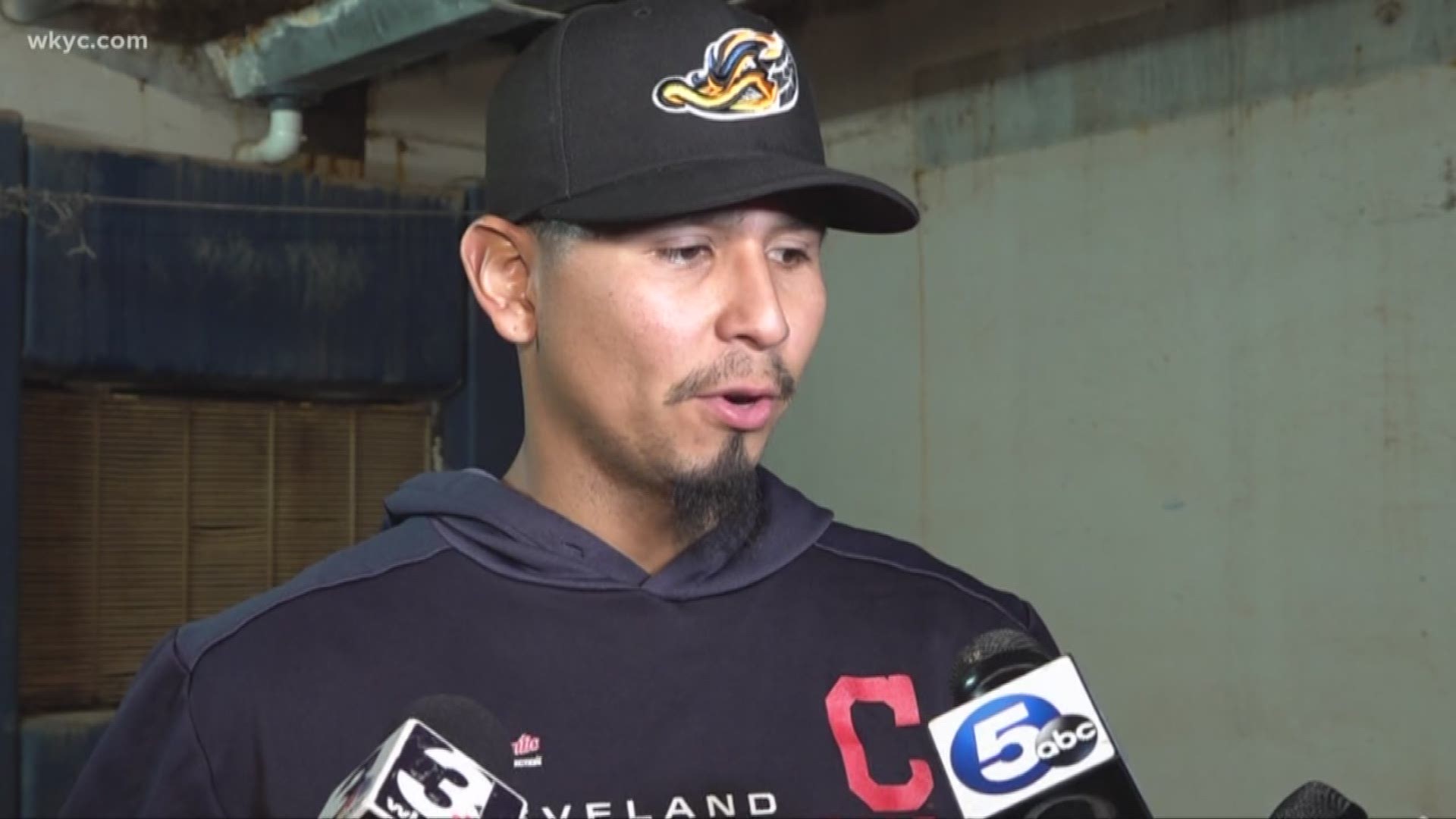 AKRON, Ohio — Cleveland Indians pitcher Carlos Carrasco took an important step in his comeback from a leukemia diagnosis Monday tonight. He began a rehabilitation assignment with the Akron Rubberducks.

For the first time since Carrasco’s battle was made public, he took the mound in a meaningful game, as the Indians’ Double-A affiliate faced off against the Harrisburg Senators at Canal Park in Akron.

And he didn't disappoint. He struck out his final batter in a scoreless inning

WKYC's Matt Florjancic was there as Carrasco spoke with members of the media following the game.

Carrasco has had the support of his teammates and the Indians organization throughout the 2019 season, as he battles back from chronic myeloid leukemia, and those participating in the 2019 MLB All-Star Game last month expressed that care during the “Stand Up To Cancer” ceremony at Progressive Field.

Carrasco took the field with a sign that read, “I Stand” and was flanked by his four American League teammates, shortstop Francisco Lindor, closer Brad Hand, pitcher Shane Bieber and first baseman Carlos Santana, all of whom held up signs of support bearing Carrasco’s nickname “Cookie.”

Indians manager Terry Francona, an American League assistant, stood by Carrasco’s side during the ceremony.

Carrasco shared hugs with and got personal messages of support from his teammates and Francona following the ceremony.

Prior to the diagnosis, Carrasco had a 4-6 record and 4.98 earned run average in his 12 starts this season. Over 65.0 innings of work, Carrasco registered 79 strikeouts against 74 hits, 11 walks and 37 runs, including 36 earned runs allowed.