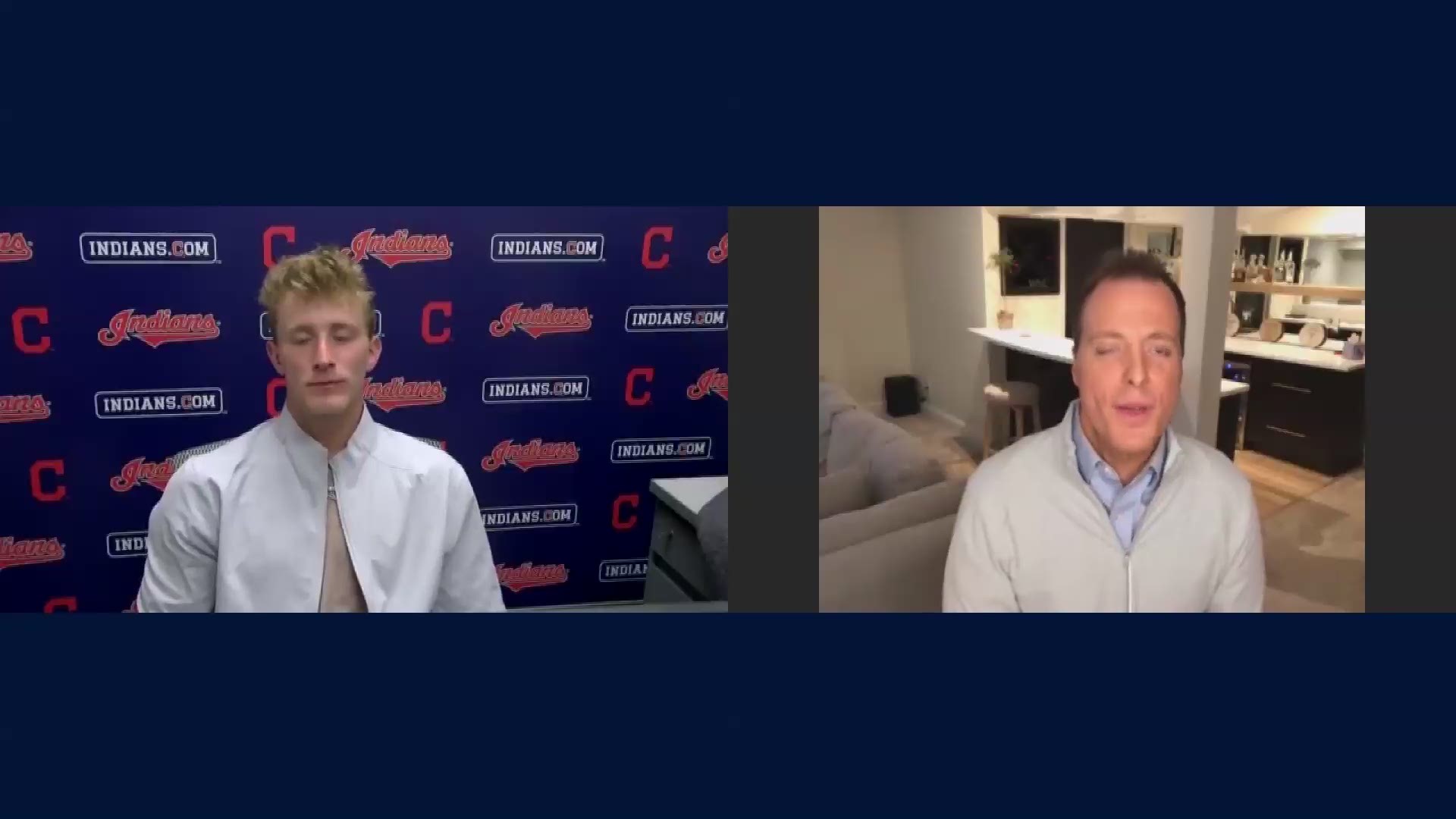 When the Cleveland Indians announced last month that Zach Plesac had suffered a fractured thumb, many fans were left wondering how. And suspicions only grew when Indians manager Terry Francona revealed that the starting pitcher's injury occurred as he was "aggressively" taking off his t-shirt.

But while many seemed to assume that Francona's explanation was an attempt to cover up something more nefarious, Plesac insists that isn't the case. On Sunday, the 26-year-old right-hander spoke to reporters for the first time since suffering his injury. And in doing so, he corroborated Francona's unusual explanation for his injury.

"There are obviously stories out there that have been written about what happened," said Plesac, who is set to pitch two innings in a rehab start with Double-A Akron on Tuesday. "Look, I was taking my jersey off, I hit my thumb on the corner of my chair while I was taking it off. And that’s really what happened."

It wasn't lost on many that Plesac's injury came after a start in which he surrendered five earned runs in the top of the fourth inning in what was ultimately an extra-innings loss to the Minnesota Twins. Paired with Francona's use of the word "aggressively," it didn't seem far-fetched to think that perhaps the injury occurred more by way of frustration than by accident.

To that end, Plesac didn't necessarily deny that his subpar showing may have played a role in the injury. But he noted that the most important thing is that the injury ultimately happened and that it appears his return will be happening sooner rather than later.

"It was just a weird series of events where I thought my thumb was jammed and it wasn’t jammed, it was just swollen," Plesac said. "Obviously, the adjective that was being used was [he] 'aggressively' took his shirt off. Really, I mean, taking your shirt off, you want to look at it however you want to look at it, taking your shirt off is what happened as my thumb got fractured.