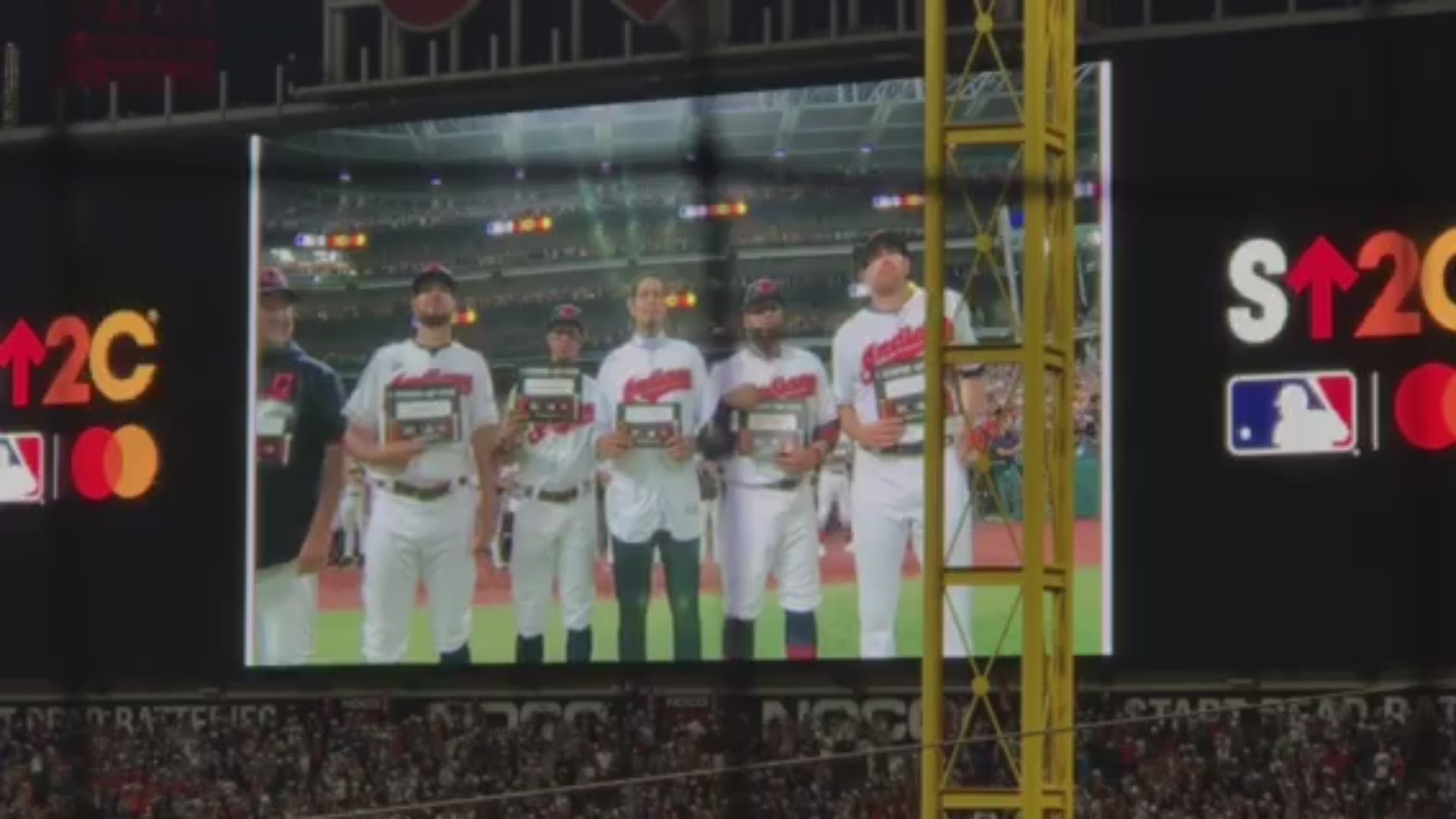 CLEVELAND — The moment that everyone will be talking about from the 2019 Major League Baseball All-Star Game took place between innings, not during the actual contest at Progressive Field in Cleveland.

Flanked by his Indians All-Star teammates and manager, Tribe pitcher Carlos Carrasco stood on the baselines during the Stand Up To Cancer salute. The cards held by Francona, Francisco Lindor, Shane Bieber, Carlos Santana and Brad Hand each read "Cookie" -- Carrasco's nickname. Carrasco's card stated "I stand." The right-hander recently disclosed that he's been diagnosed with leukemia.

Social media reaction, as you can guess, was emotional. The Indians, along with some of Carrasco's current and former teammates weighed in on the heartwarming moment.