See the Angels slugger hang out at the Rock Hall. 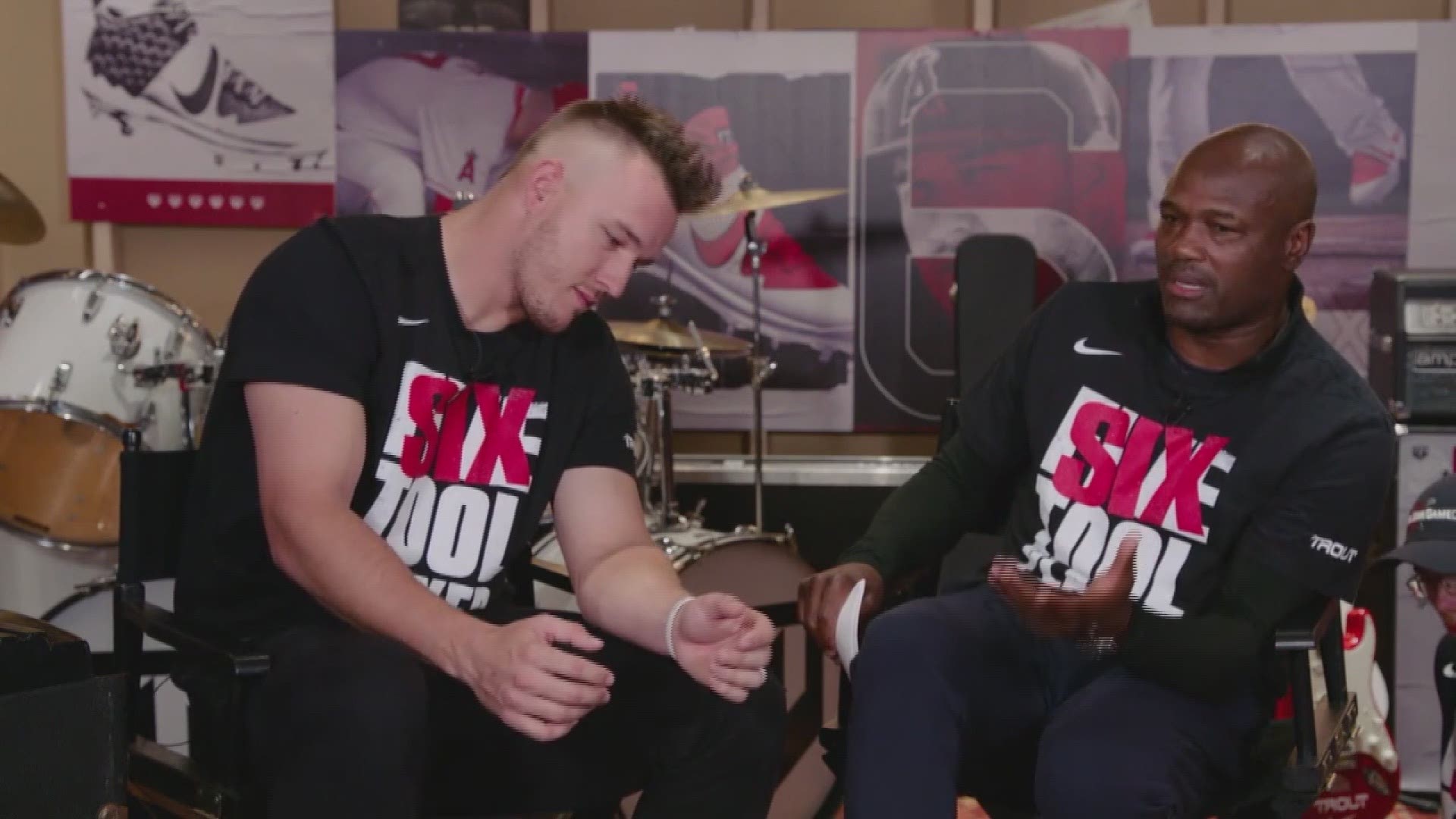 CLEVELAND — More star power was at the Rock & Roll Hall of Fame today. 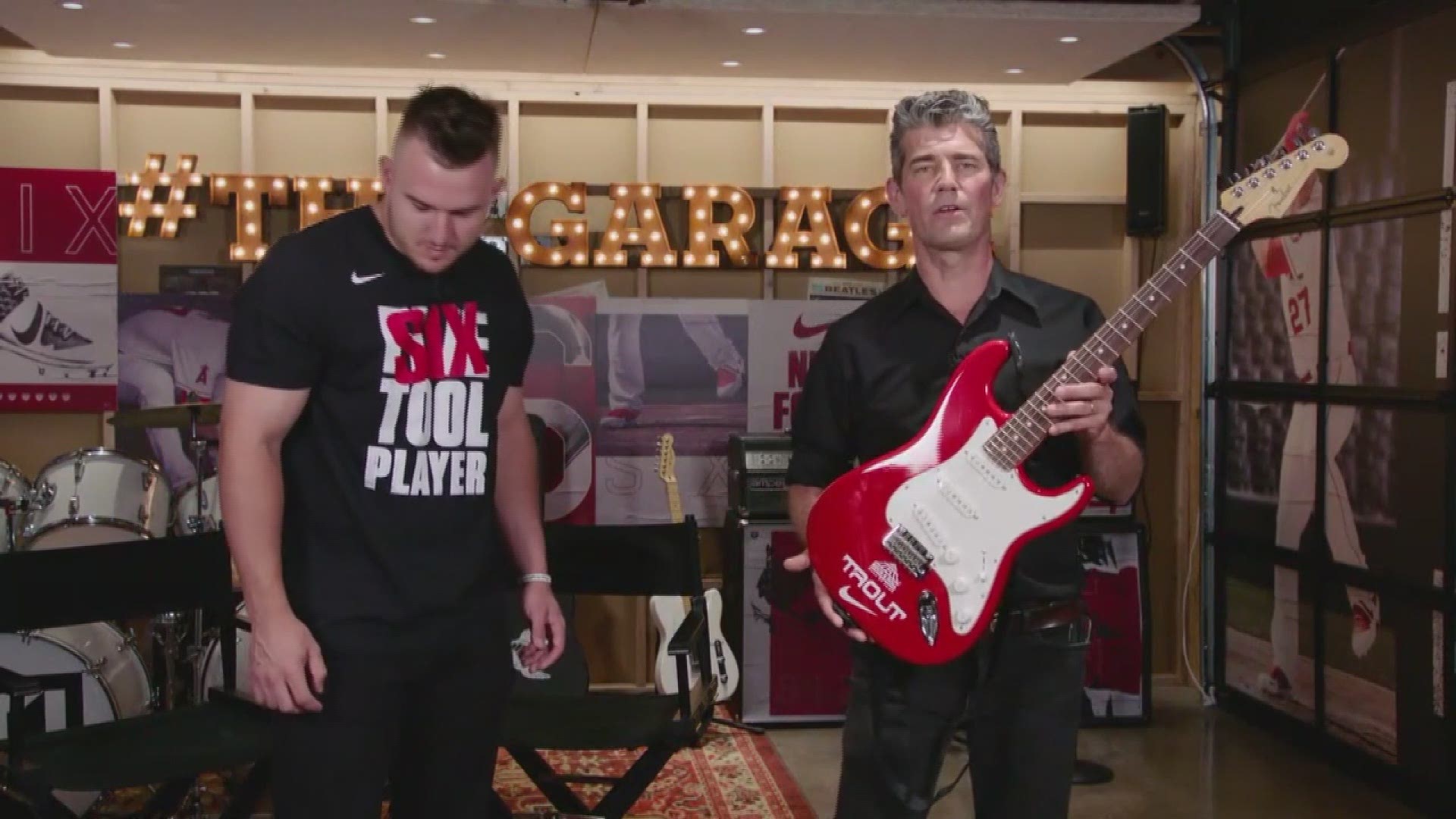 RELATED: MAX to perform US national anthem prior to Tuesday's MLB All-Star Game

Trout is the only active MLB player with his own signature Nike shoe.

"Growing up, you see guys like the Griffeys and [Michael] Jordan's obviously got his own shoe, and LeBron [James], and other sports. When Nike came to me with that, it's just a special feeling. It's come a long way since the first one and that's pretty cool," Trout said.

The cleats feature small tributes to Trout's passions, such as a bow and arrow on the strap representative of his love for hunting, and his New Jersey hometown area code on the heel.

"Just a lot of hidden messages on here that people don't see on TV, but once they put it in their hands, they can see it," Trout said.

Trout is in town for the 2019 MLB All-Star Game, which takes place Tuesday night. The 27-year-old is currently hitting for a .301 average with 28 home runs this year.

Trout said he's asked every year to participate in the Home Run Derby, but prefers to be a spectator during the event.

The Garage is located on the second floor of the museum. Visitors will be able to pick up an instrument, learn to play and jam out with their friends. They can even brand their own band with custom logos.