“In our family, we say if you have more than you need you should give generously to those who need it more than you do," Emery said about donating her allowance 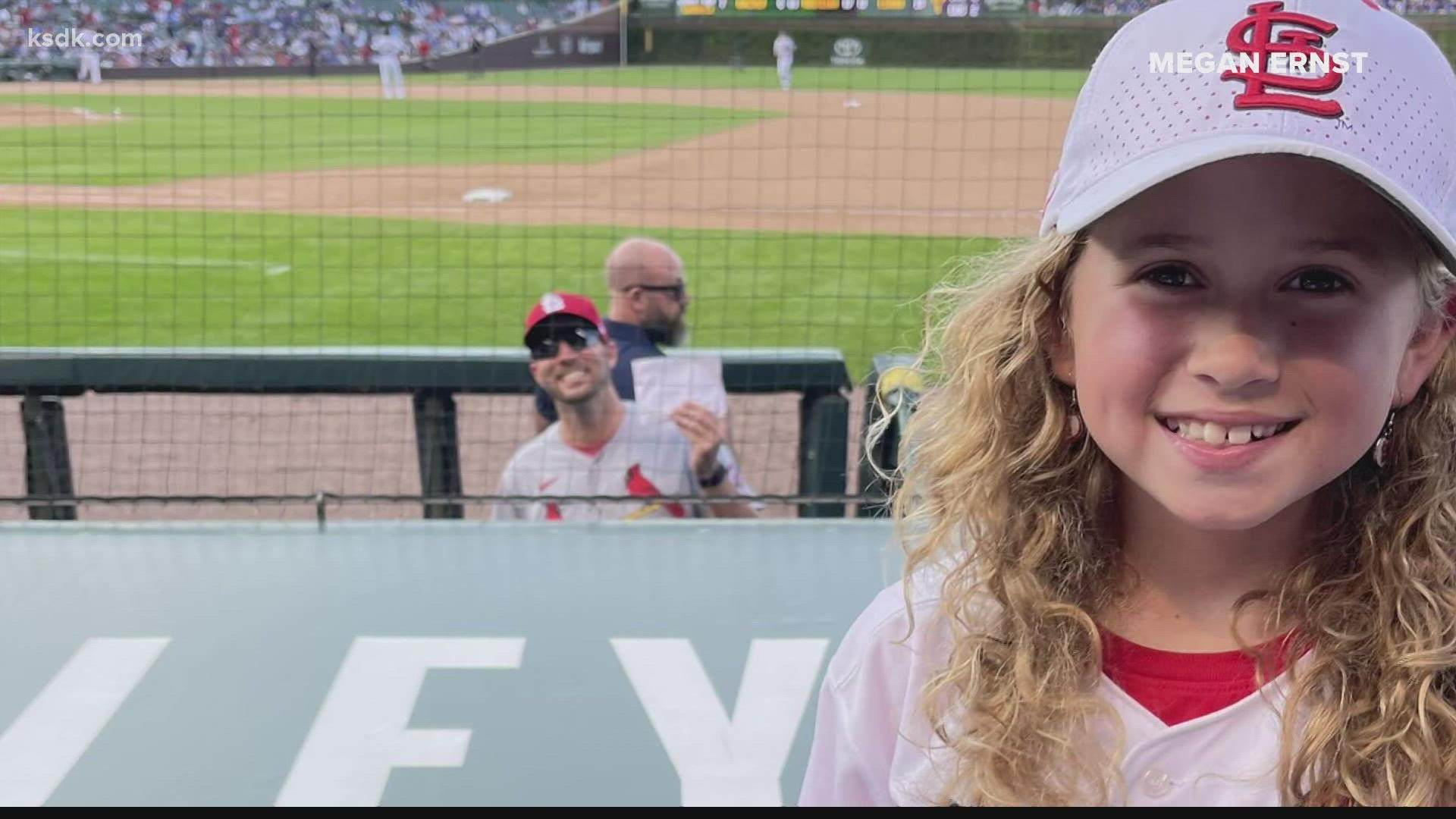 ST. LOUIS — It's never been hard to root for Adam Wainwright.

Not only has he been the Cardinals' ace on the mound of the better part of a decade-and-a-half, but he's also proven to be someone to admire away from the field.

Wainwright's charity, Big League Impact, has helped countless people around the world, and Wainwright won the prestigious Roberto Clemente award for his humanitarianism in 2020.

Wainwright also happens to be 9-year-old Emery Ernst's favorite player. And that's a big deal, too.

Emery is part of a house divided in Geneva, Illinois. Her dad and brothers are Cubs fans, and her mom, sister and herself are Cardinals fans. Or, "raised right" as Emery's mom, Megan said with a grin.

“It works well sometimes," Megan said of the competing fanbases in the household. "We’re all pretty competitive so it can get pretty ugly around here. You're looking at our basement, the half that’s the Cardinals half. The other half is the Cubs half. So everything is divided, even in the garage.”

But when it comes to Adam Wainwright, the whole family is on the same page.

The Cardinals contingent of the Ernst household took a road trip recently to St. Louis to see their team play. They were there for part of a series against the Reds, and the series against the Padres in the middle of the 17-game winning streak.

The Ernsts decided to make the trek up to Milwaukee, too, to follow their team that just couldn't lose. That's where Emery finally got to meet her baseball hero.

“He walked up to the kids... You know there’s a whole line of kids looking to get autographs and he comes up to her and says, ‘Can I sign your jersey?’ And I think.. who does that? You just don’t see very many players (do that). That’s what makes him special. That’s what sets him apart," Megan said.

The Ernst road trip, and Cardinals winning streak, didn't end there, though. They followed the team to Chicago for the series at Wrigley Field. And that's where the story really got special.

Emery had decided she wanted to donate her allowance money to Big League Impact and wanted to try to give it to Wainwright in person in Chicago.

"She’s just determined. We’ve talked in the past about Big League Impact and what he does with that and how he wants that to be his legacy. And she just said, ‘That’s what I want to do.’ So she has her plastic baggie full of money… and she wanted to write a letter as a thank you, too," Megan said.

Emery got close enough to the dugout to give Wainwright her donation, and include a special note as well.

“He said, ‘Are you sure, and can I post this on Twitter?’" Emery said about her Chicago interaction with Wainwright.

And Wainwright did share it on Twitter, with his thousands of followers reacting to the generosity of the fourth-grade fan.

"She gave me this letter today right before (Harrison Bader's) homer in the 8th and game-winning rally in the 9th. This little girl may be our good luck charm... Maybe we should get her to some games in October if/when we keep rolling," Wainwright wrote in part.

Had a chance to meet lots of great people this last trip. I met a little girl named Emery this week with her mom that absolutely melted my heart. She cheered us on in Milwaukee and in Chicago. Today she gave me this letter along with donating her allowance to @BigLeagueImpact pic.twitter.com/9fQtmMG4p2

Emery said to hear Wainwright call her the team's lucky charm in the middle of the winning streak was an awesome moment.

“I’ve always felt lucky because I was born on leap day. And I’ve gone to so many games in my life and so it’s really cool that he said that. He’s my favorite player on my favorite team and he said that to me," Emery said.

It's a moment the family won't forget, and one they hope inspires others to donate to Big League Impact, or just look for ways to help others in need.

And as for those 2021 Cardinals? The team's good luck charm has some predictions for October. 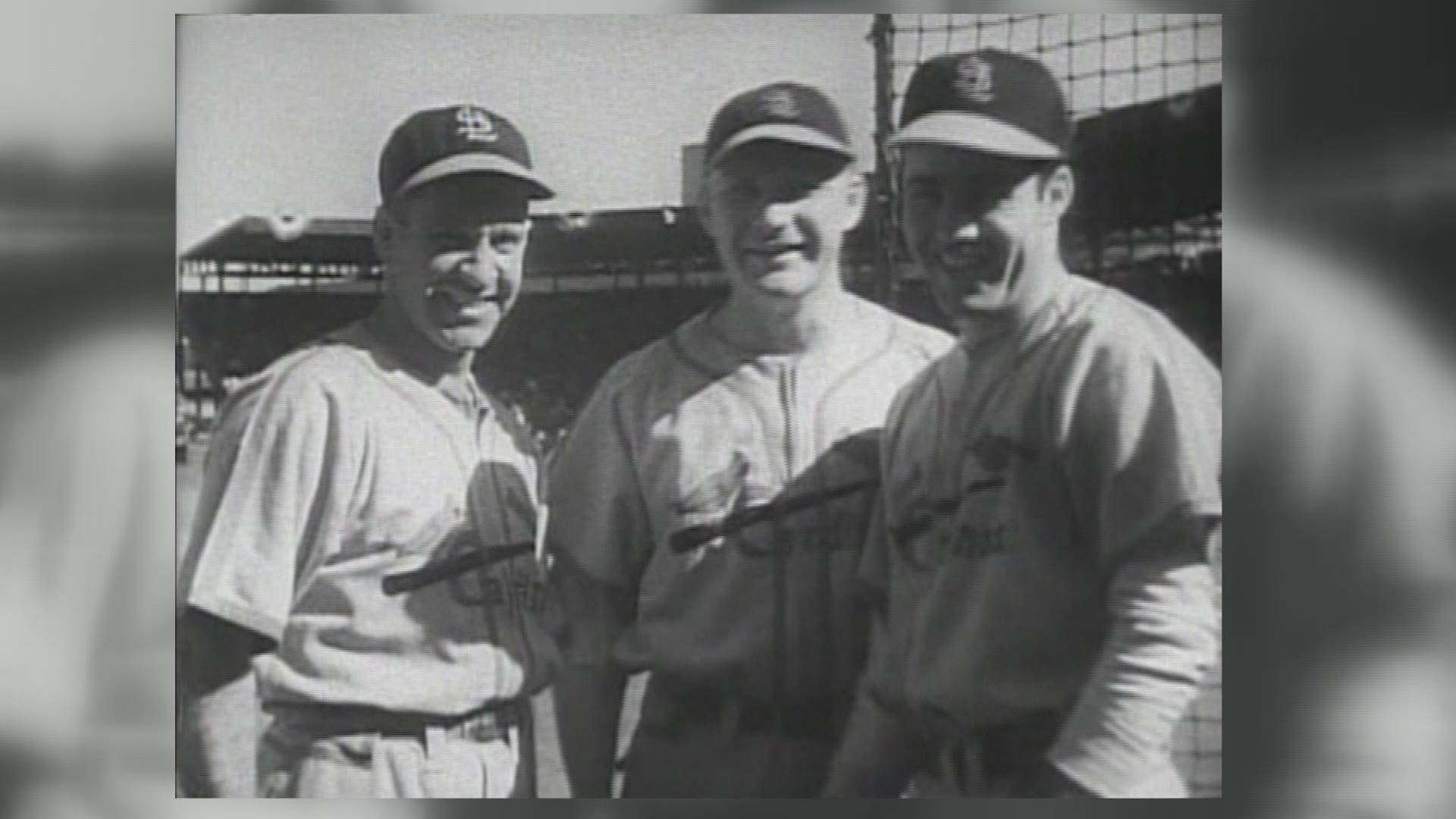 The career of Joe Garagiola