Denny Hamlin may have won the Daytona 500, but there was another winner at the track. A local businessman who lived out a dream and had a car in the big race. 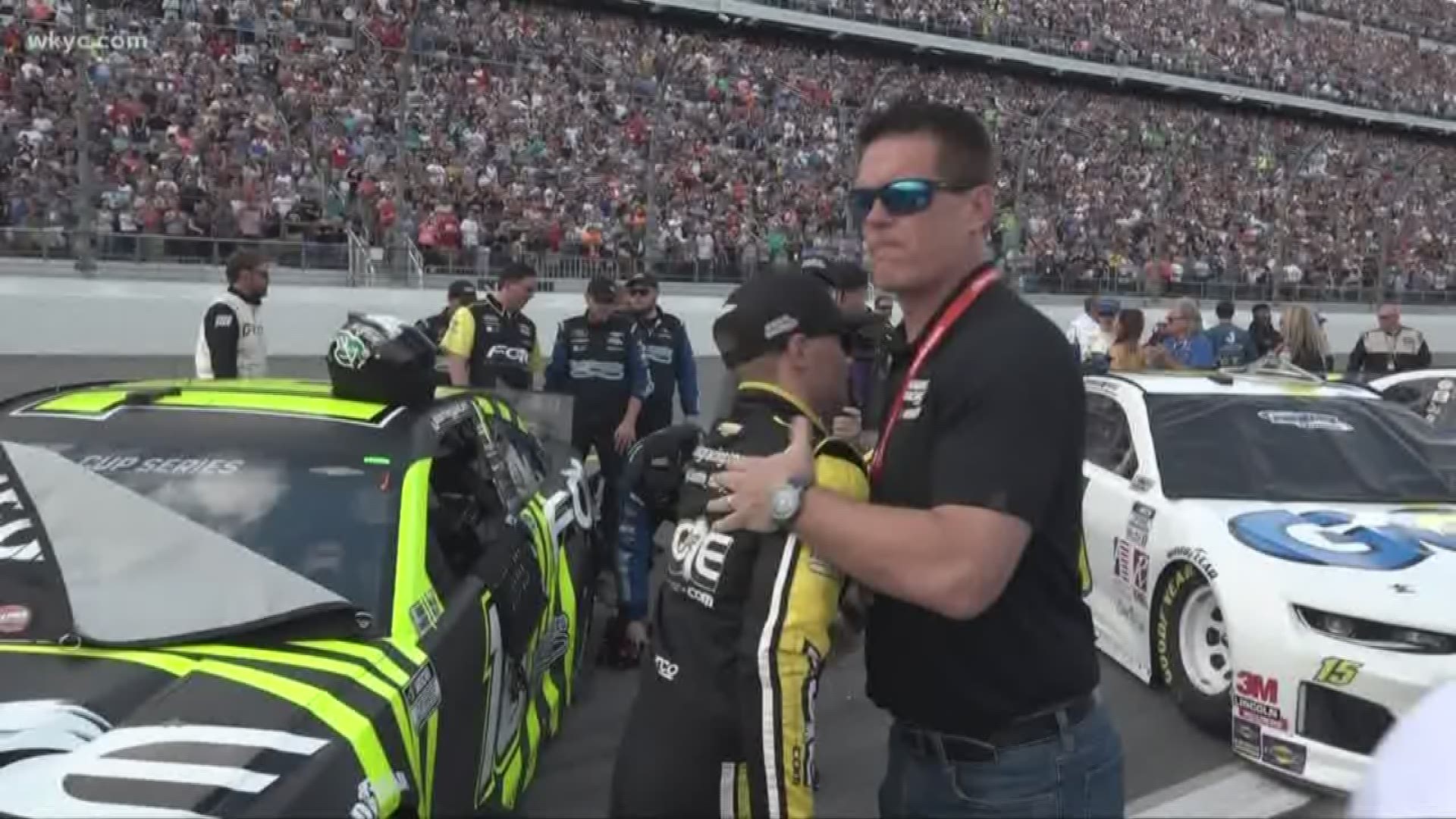 DAYTONA BEACH, Fla. — During a typical day of the week, businessman Matt Kaulig walks in offices in Hudson, Ohio. “I usually get up around 6:30 or 7:00 a.m.  Then I’m in the office by around 8:30 a.m. I like to walk around the office and talk to everybody. I’m really hands on,” Matt Kaulig said as we followed him for part of the day recently at Leaf Home Solutions, the company he founded.

Part of his routine? Revving up his employees with the way that he interacts with them each day. “More of a morale and getting people pumped up. I’m just continuing to keep moving things forward.”

But on weekends, Kaulig is most likely found on the racetrack, and more concerned with revving up the engines.

“You are excited about how the car is going to run, how the competition is going to be. Getting everybody pumped up a bit. It’s really just fun too,” Kaulig said as we connected with him at the racetrack.

A NASCAR fan as a kid it’s only natural that when Matt saw an opportunity to get involved with the sport as an adult, he jumped at it, first as a sponsor, and then as an owner in the Xfinity series.  Now here he is with a car in the biggest race of the year.

“You know if you had said as a kid that I would be at the Daytona 500 someday as an owner and have a car with the ability to win that trophy, I actually wouldn’t have believed you,” Kaulig confessed.

Northeast Ohio fans tuned in Sunday, only to see the race postponed until Monday. And that’s when the number 16 car, driven by 20-year-old Justin Haley climbed all the way from 33rd to cross the finish line in 13th position.  A very good day for a young team.

It’s easy to get caught up in the race culture with tracks all over the country. But Kaulig keeps his northeast Ohio roots and fan base very close to his heart. “You know it’s really cool that we can almost claim ourselves, and we are really proud of that, we are Northeast Ohio’s race team. It’s electrifying and motivating. It’s cool,” Kaulig said.

Team Kaulig returns to the Xfinity circuit next weekend, with a race in Las Vegas.  Although he does smile with the suggestion that one or two more cup races may be in the cards next year. Kaulig has learned never to say never.

RELATED: The big Northeast Ohio connection to the 2020 Daytona 500