"Amy and I want to thank everyone who has lifted us up with phone calls, messages and prayer since last Thursday." 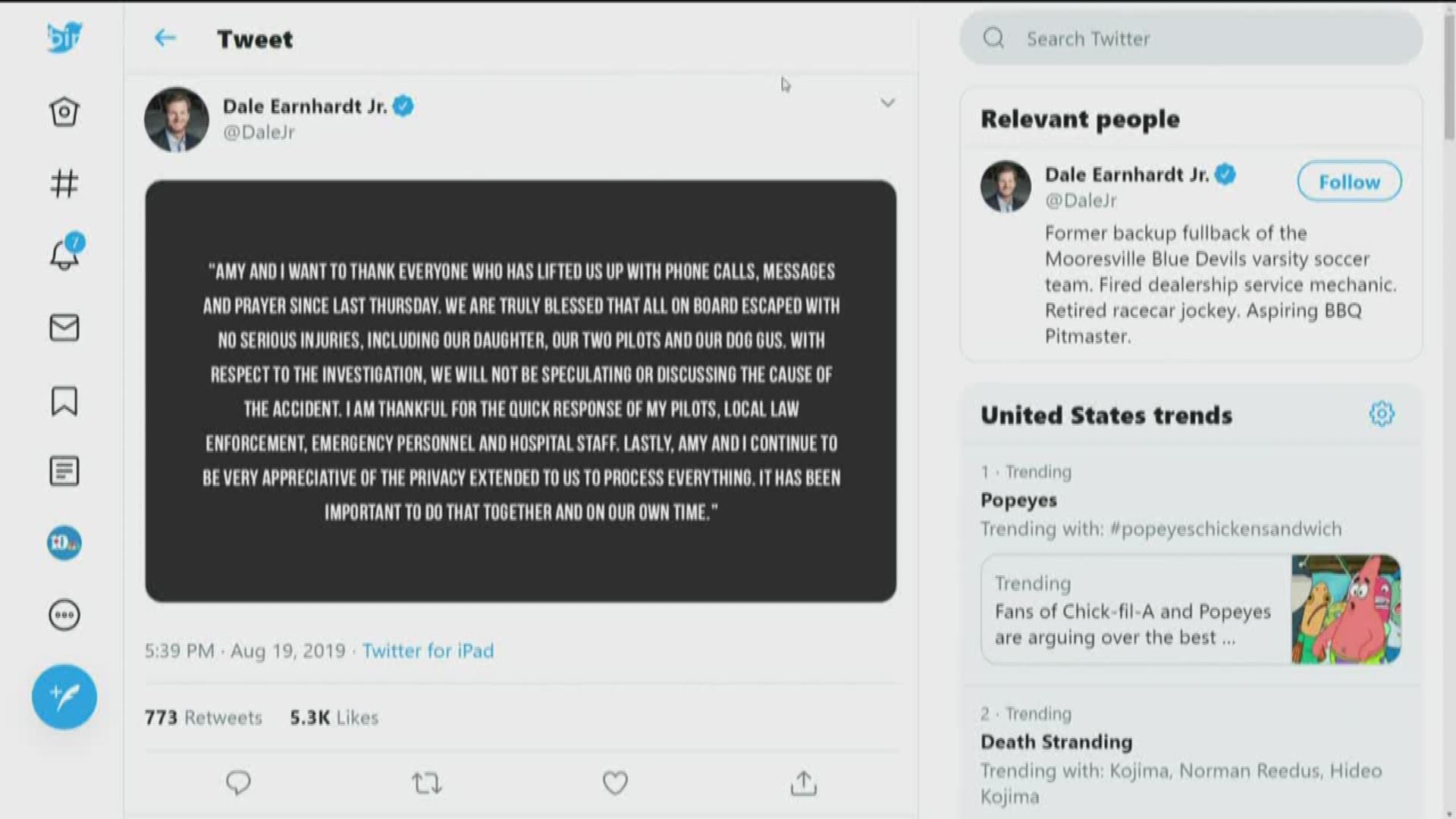 Dale Earnhardt Jr. is talking publicly for the first time since he and his family survived a plane crash in East Tennessee last week.

Earnhardt tweeted his thanks Monday, saying he and his family want to thank everyone who've provided support since the crash.

"Amy and I want to thank everyone who has lifted us up with phone calls, messages and prayer since last Thursday. We are truly blessed that all on board escaped with no serious injuries, including our daughters, our two pilots and our dog Gus," he said.

RELATED: 'Roll everything you can' | Hear the first moments of Dale Earnhardt Jr. plane crash

Earnhardt said he isn't discussing the cause of the crash at the moment out of respect for the investigation, saying he is thankful for the quick response of his pilots and first responders.

"Amy and I continue to be very appreciative of the privacy extended to us to process everything. It has been important to do that together and on our own time," he said.

Earnhardt was given time off from commentating after the crash. NBC Sports said he has the rest of the month off and will return next month at Darlington.