5 players the Cleveland Cavaliers could select with the No. 5 pick in the 2019 NBA Draft

On Tuesday, the Cleveland Cavaliers learned they will be picking fifth in the 2019 NBA Draft. 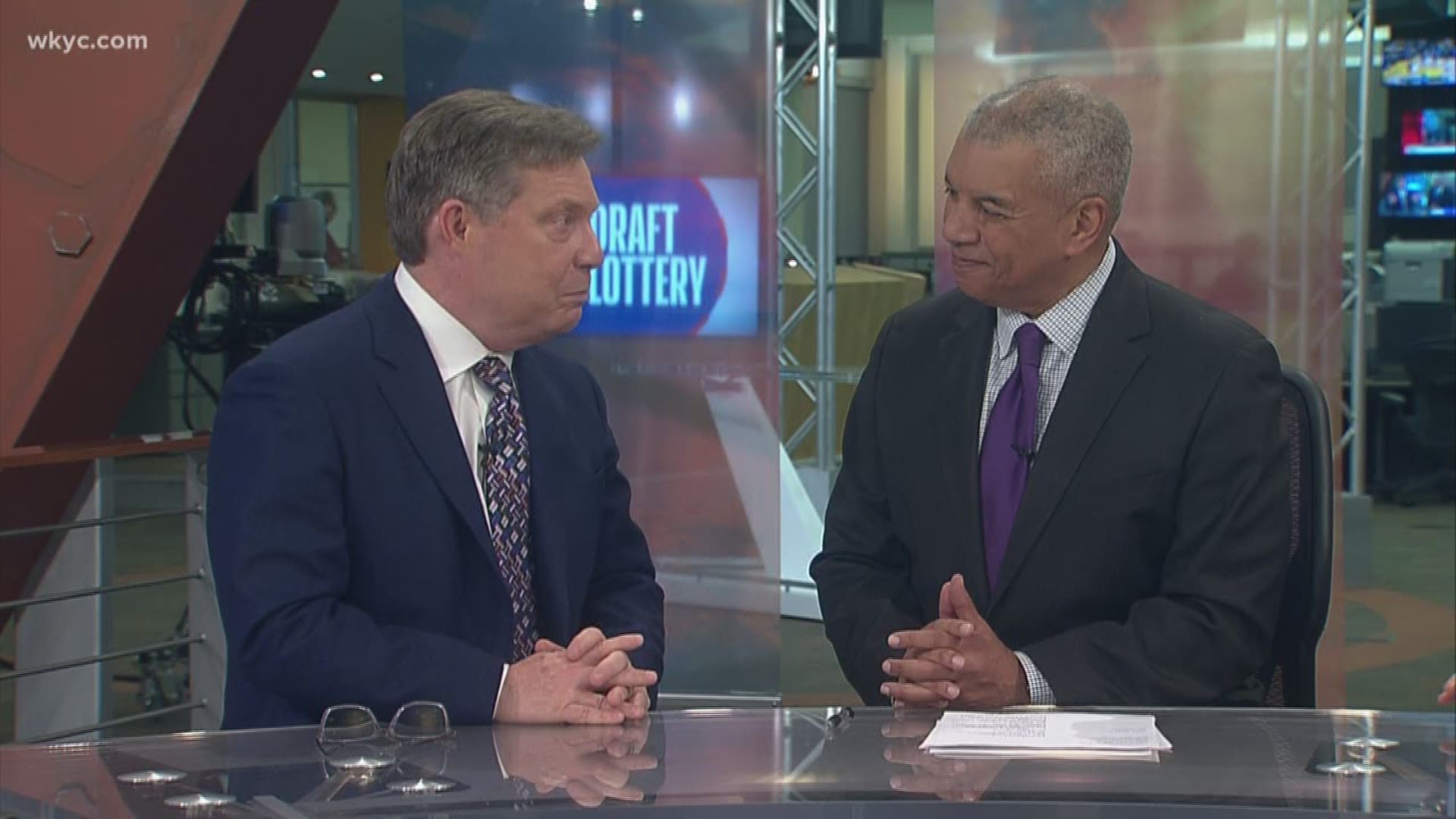 Walking away from the 2019 NBA Draft Lottery with the No. 5 pick, the Cleveland Cavaliers almost assuredly won’t have the opportunity to select Duke forward Zion Williamson, Murray State guard Ja Morant or Duke swingman R.J. Barrett, who are considered the consensus top-three prospects in the upcoming draft.

Cleveland, however, will still be able to bolster its young core and roster with a high upside player from a promising crop of prospects that includes the following five players:

A 6-foot-5, 195-pound shooting guard, Jarrett Culver capped a breakthrough sophomore season with a big run in the NCAA Tournament, leading Texas Tech all the way the national title game. In 38 games last season, Culver averaged 18.5 points, 6.4 rebounds and 3.7 assists en route to being named the Big 12 Player of the Year and a consensus second-team All-American.

Between his prototypical size and ability to create his own shot, Culver shouldn’t have much trouble translating to the next level. Furthermore, he’s a strong, versatile defender, who possesses the ability to guard multiple positions as a two-way player.

Like Culver, De’Andre Hunter parlayed a strong run in the NCAA Tournament into a rise up NBA draft boards. A 6-foot-7 combo forward, Hunter averaged 15.2 points and 5.1 rebounds last season, including a 27-point, 9-rebound showing in the Cavaliers’ overtime victory over Culver’s Red Raiders in the national title game.

Regarded as one of the best – if not the best – defenders in college basketball, Hunter should have no trouble finding the floor in his rookie season. Although he may not possess a high ceiling as a scorer, his efficient 3-point shooting (43.8 percent) should pair with his strong defense to give him a place in NBA rotations for years to come.

Perhaps the lottery’s preeminent boom-or-bust player, Cam Reddish arrived at Duke as a 5-star prospect but was ultimately overshadowed by the play of Williamson and Barrett. In 36 games, Reddish averaged 13.5 points on 35.6 percent shooting and 3.9 rebounds.

Nevertheless, the combination of Reddish’s size (6-foot-8, 218 pounds) and shooting (33.3 percent from 3-point range) makes him an intriguing prospect – especially for a team on the outside looking in at the top three picks. While the productivity and athletic explosiveness might not be there, the upside is, and sometimes in the draft, that’s what matters most.

While most of the speculation surrounding whether or not the Cavs would be willing to draft a point guard for the second time in as many years has centered around Ja Morant, Vanderbilt’s Darius Garland might be the most promising point guard in the draft. Although he was limited to just five games in his college career due to injury, Garland has long been considered one of the top players in his class, a status unlikely to change in the weeks leading to the draft.

Measuring in at 6-foot-2 and 175 pounds, the former 5-star prospect has been praised for his quick twitch athleticism, ability to create his own shot and overall intangibles. And while he plays the same position as Collin Sexton, who the Cavs selected with the No. 8 pick in last year’s draft, Cavs general manager Koby Altman has already hinted that he wouldn’t let position dictate which player he drafts this June.

If the Cavs want to make their pick solely based on upside, Sekou Doumbouya might be their man. The 6-foot-9 combo forward is considered the top international player in the draft and has been one of the most prominent pro players in all of France for the better part of the past five years.

In addition to his impressive size, Doumbouya possesses the athleticism and defensive prowess to guard positions 1-4 on the court. Although his offensive touch and shooting needs work, he immediately projects as a two-way player with the untapped potential to become something even more in the years to come.

WATCH | Jim Donovan and Dave "Dino" DeNatale react to the Cavaliers getting the No. 5 pick in the 2019 NBA Draft on the Donovan Live Postgame Show: