Kyrie Irving will play in Cleveland for the first time in more than three years on Wednesday when the Cavaliers host the Brooklyn Nets. 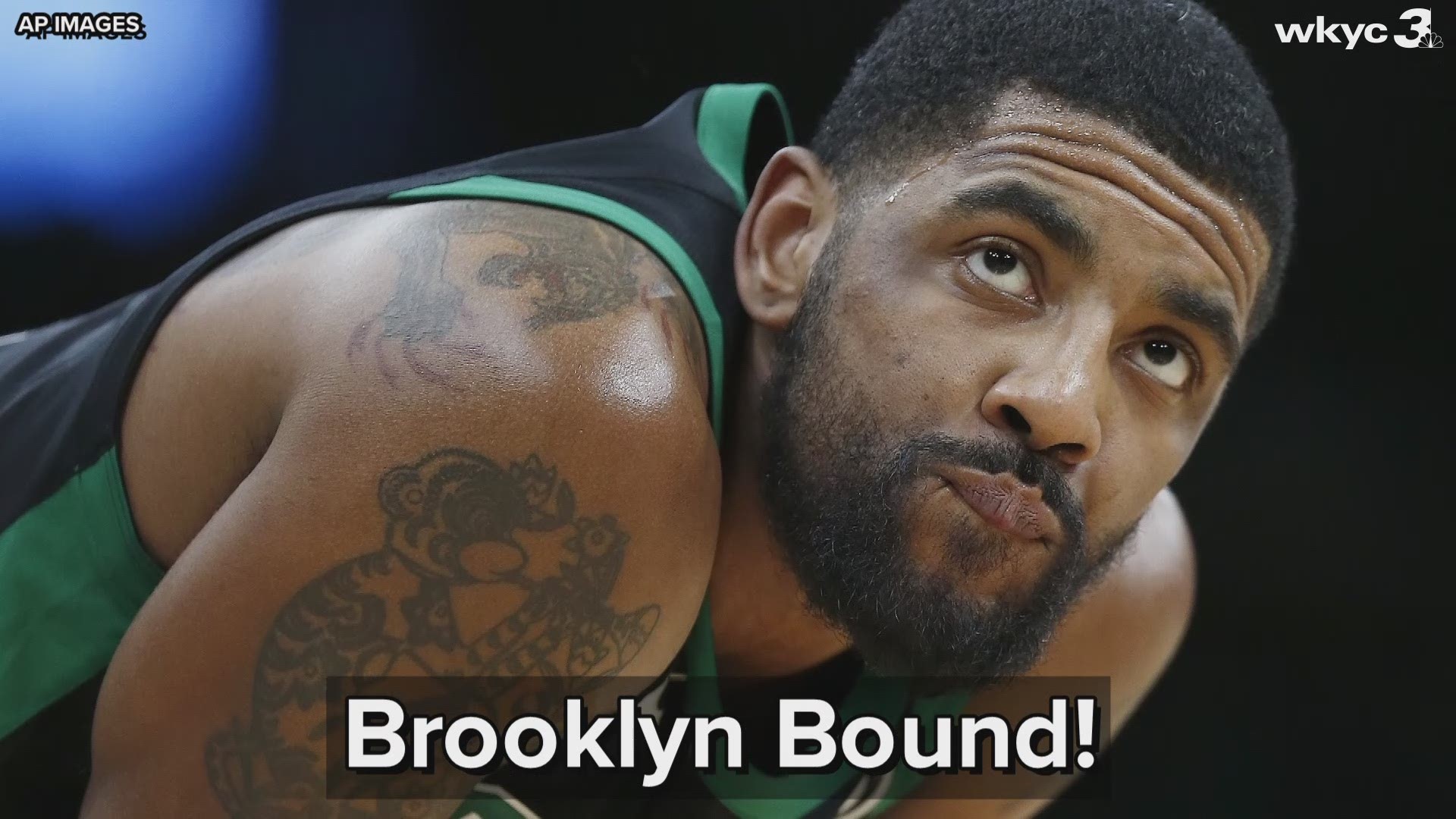 For the first time since last week's blockbuster trade, Kevin Durant, James Harden and Kyrie Irving will suit up together to play for the Brooklyn Nets.

And the high profile trio's debut will happen to come in Cleveland.

Wednesday's matchup between the Cavaliers and Nets at Rocket Mortgage FieldHouse will mark the first time that Durant, Harden and Irving have taken the court together since Brooklyn acquired Harden from the Houston Rockets in a four-way trade that also involved Cleveland.

But while there will be storylines aplenty for Cavs fans in Wednesday's game -- including the debuts of center Jarrett Allen and forward Taurean Prince, who were acquired from the Nets in last week's trade -- one of the most noteworthy will be the return of Irving. Since demanding a trade that ultimately resulted in him being sent to the Boston Celtics in 2017, Irving has only played in the city he called home for the first six seasons of his career: the 2017-18 season-opener between the Cavs and Celtics.

Despite having spent the past four seasons in the Eastern Conference, Irving has sat out all but one of his team's matchups in Cleveland for either injury or personal reasons. In 2018, the 6-time All-Star noticeably didn't travel with the Celtics throughout their seven-game series against the Cavs in the Eastern Conference Finals and wasn't on the bench during Cleveland's Game 7 win in Boston.

Most recently, Irving has missed the Nets' last seven games due to unspecified personal reasons. But on Wednesday, he'll make his return to the Brooklyn lineup in a game that's highly anticipated for more reasons than one.