According to a report from The Athletic, Cleveland Cavaliers players were quick to remind John Beilein of his 'thugs' mishap. 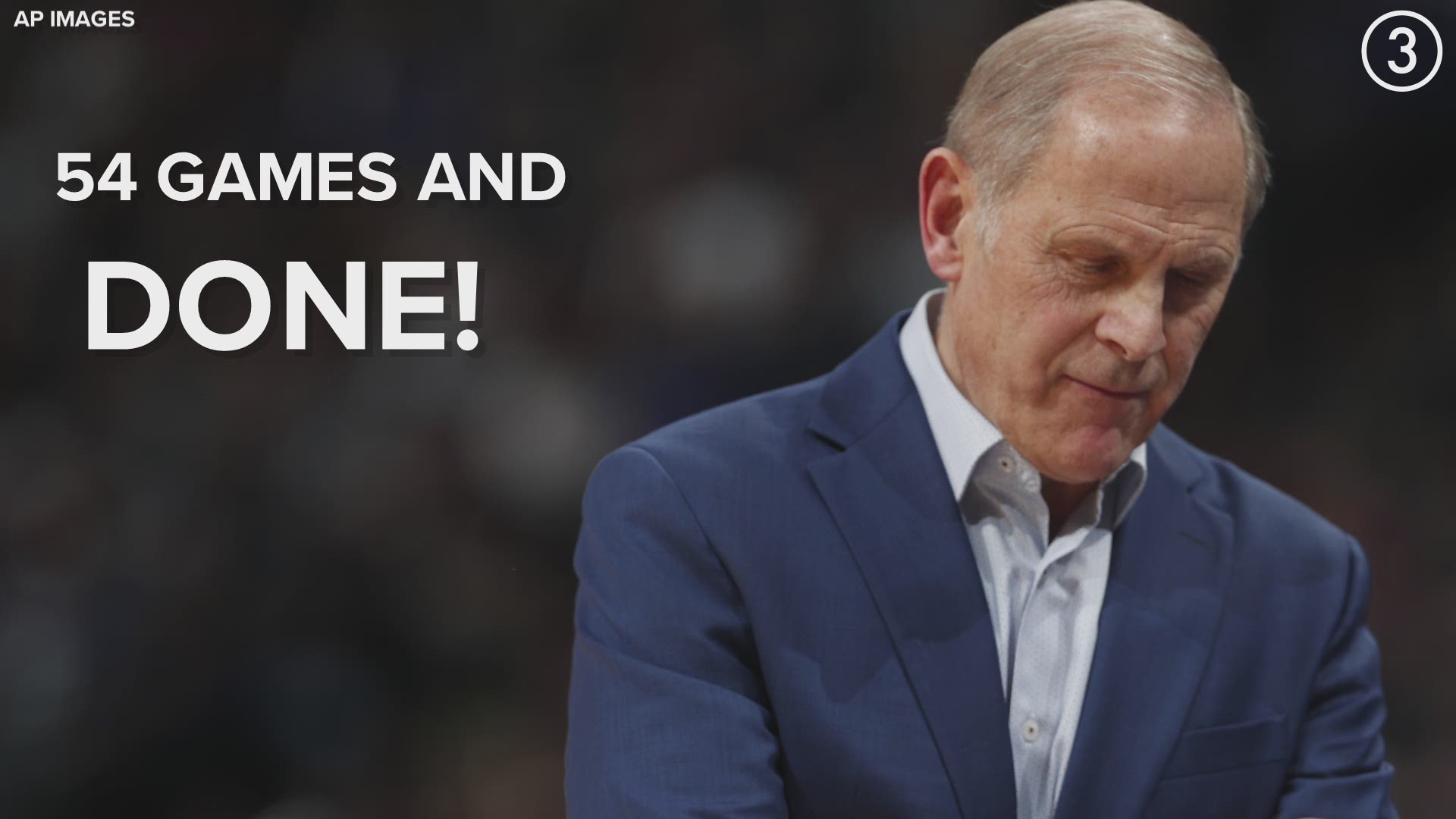 CLEVELAND — January appeared to mark the beginning of the end of John Beilein's time with the Cleveland Cavaliers as the head coach apologized to his players for calling them "thugs" in a film session.

Beilein maintained that he had intended to say his players had been playing like "slugs."

So much so that according to a new report from Jason Lloyd, Joe Vardon and Shams Charania in The Athletic, Cleveland players spent the ensuing weeks reminding Beilein of the mishap. Per the report, players routinely played songs that placed a heavy emphasis on the word "thug" or "thugs" around Beilein, including Bone Thugz-n-Harmony’s “Thuggish Ruggish Bone," Tupac’s “Thugz Mansion”  and Trick Daddy's "I'm a Thug."

In addition to the "thugs" gaffe, Cavs players reportedly took issue with Beilein's inability to adapt to the NBA after coming to Cleveland following 40 years of experience at the college level.

Beilein's tenuous relationship with his players came to an end this week with the 67-year-old head coach having reportedly come to an agreement to step down from his position. In his place, the Cavs are expected to promote J.B. Bickerstaff, with the 40-year-old assistant coach becoming the team's sixth head coach in the past seven seasons.

RELATED: The Cavs write another embarrassing chapter in Cleveland sports history: Bud Shaw’s You Said It