According to NBA reporter Marc Stein, the Cleveland Cavaliers have been eyeing Philadelphia 76ers guard Ben Simmons for a potential trade. 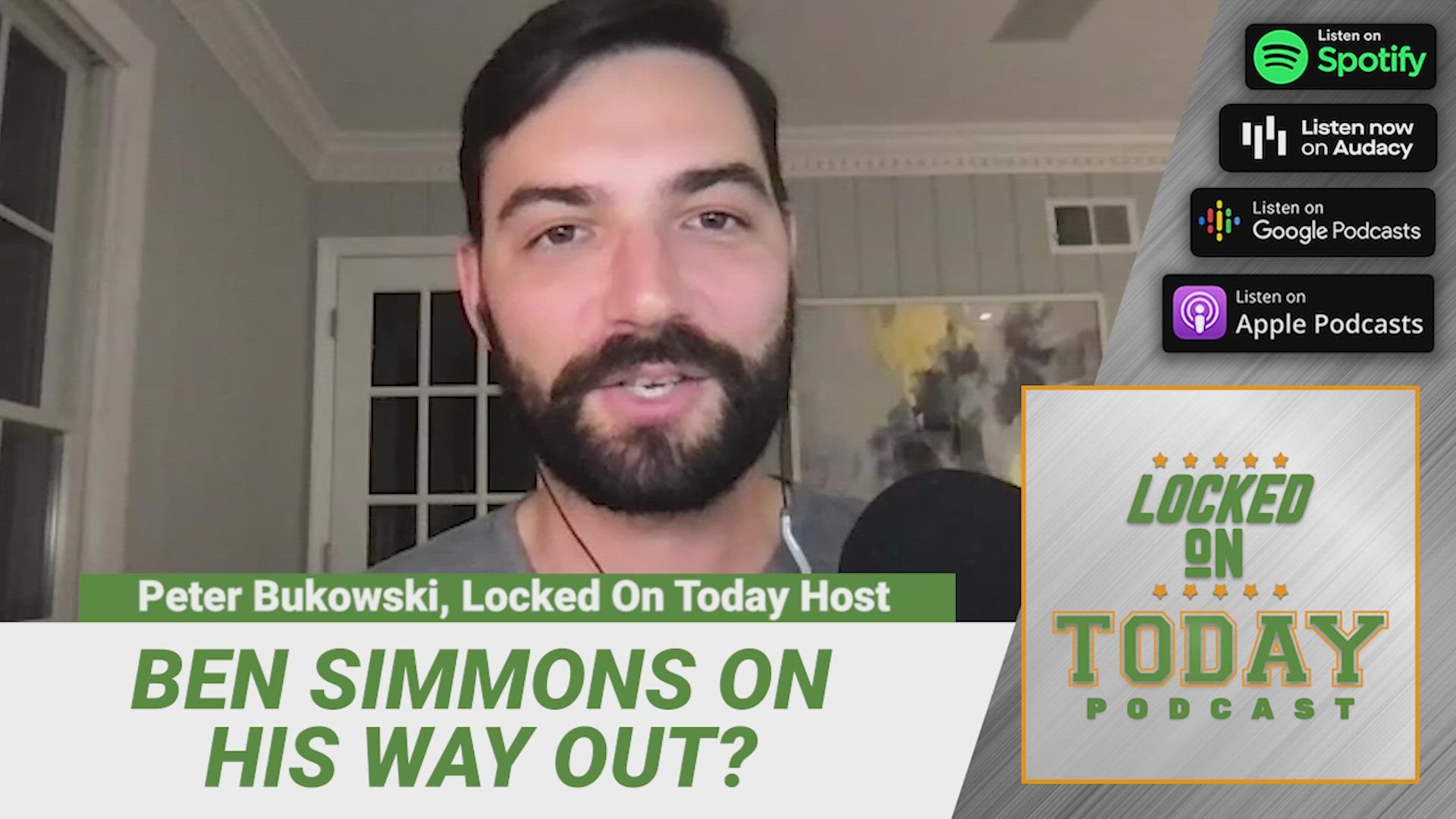 CLEVELAND — Editor's note: the Locked On Podcast in the video player above is from Sept. 1, 2021.

As the 2021-22 NBA season approaches, Ben Simmons remains the biggest name seemingly available on the trade market. And it appears the Cleveland Cavaliers are looking to make a splash.

On Tuesday, longtime NBA reporter Marc Stein unveiled his first power rankings of the preseason. And while there wasn't much notable about the Cavs' ranking -- 28th out 30 teams -- Stein did reveal that Cleveland has been targeting Simmons for a potential trade and continues to do so with the start of training camp just weeks away.

Stein noted that the Cavs' acquisition of forward Lauri Markkanen in a sign-and-trade with the Chicago Bulls last month could help facilitate a potential deal -- although it's worth noting Cleveland can't trade Markkanen until Dec. 15, per NBA rules.

"The Committee liked the Cavaliers' recent acquisition of Lauri Markkanen, even after the Cavs drafted Evan Mobley and re-signed Jarrett Allen, because they added Markkanen on a team-friendly contract that will be easy to trade if needed," Stein wrote. "This is no small thing when league sources say that Cleveland continues to keep its hat in the ring to try to pry Ben Simmons from the Sixers."

As for what the Cavs could send Philadelphia in exchange for Simmons, it's worth noting that Cleveland has yet to sign Collin Sexton to a contract extension heading into the former lottery pick's fourth season with the team. The Cavs also possess a number of younger, intriguing players, and perhaps more importantly, all of their future first-round draft picks.

In addition to Cleveland, the Golden State Warriors and Sacramento Kings have been linked to the 25-year-old Simmons, who reportedly requested a trade from the 76ers last week. A three-time All-Star and two-time first-team All-Defensive Team selection, Simmons averaged 14.3 points, 6.9 assists and 7.2 rebounds in 58 games last season. The No. 1 pick of the 2016 NBA Draft's postseason performance, however, was heavily scrutinized after he was apparently reluctant to shoot during Philadelphia's Game 7 loss to the Atlanta Hawks in the Eastern Conference Semifinals.