On Tuesday, Cleveland Cavaliers All-Star forward apologized for his recent behavior toward teammates and executives. 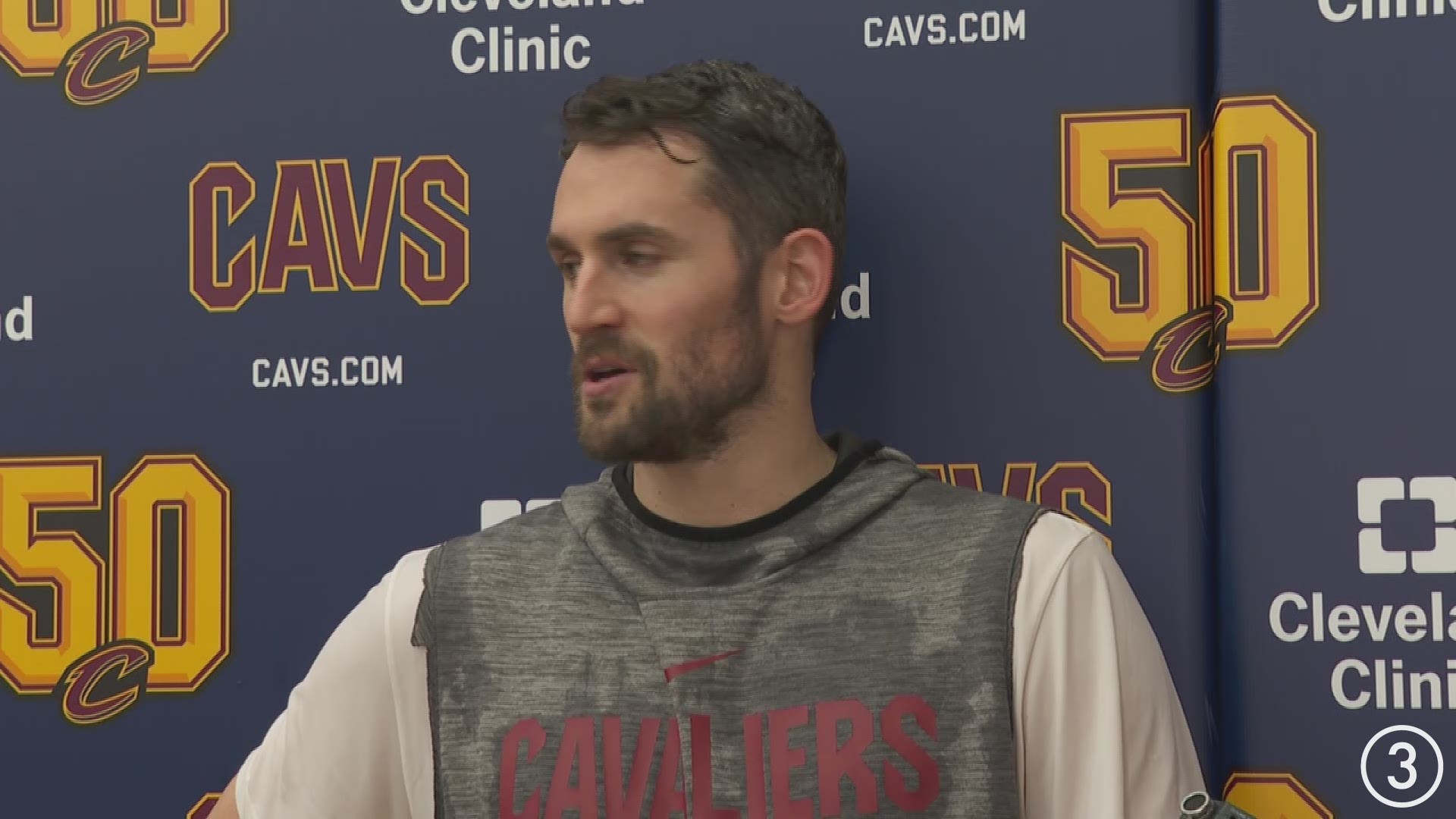 After dutifully answering a few questions about his team's matchup with the Detroit Pistons on Tuesday, Cleveland Cavaliers forward Kevin Love was asked about the visible frustration he showed during the team's loss to the Oklahoma City Thunder on Saturday.

Unsurprisingly, Love was prepared with an explanation for his behavior, which he said actually began during the Cavs' loss to the Toronto Raptors on Dec. 31.

"I was frustrated and let my emotions get the best of me," Love told reporters at Cleveland Clinic Courts on Tuesday. "In Toronto, we were down 15-17 points heading into the half and that carried over into the second half where I wasn't acting like a 31-year-old, I was acting like a 13-year-old. I ended up hitting the seat and screaming into a towel. I said to Coach [John Beilein], 'Hey, just take me out so I can collect myself.'"

According to The Athletic, Love's outburst led to a $1,000 fine from the Cavs and an emotional confrontation with general manager Koby Altman. But while the 5-time All-Star downplayed any rift between himself and Altman, he couldn't deny the frustration he showed on the court against Oklahoma City, in which he was caught aggressively calling for the ball before whipping a hard pass to forward Cedi Osman.

From Love's perspective, it was the frustration fueled by Cleveland's now 10-26 record, coupled with the reports of his behavior and a missed mismatch with Chris Paul that resulted in his viral outburst.

"You kind of get blinded by a few things from a human standpoint. I put the Joker face up [on Instagram] early in the morning because we were 10-24. It sucks. And that carried over into the game," Love said. "I heard everything about 10 minutes before the game. I didn't know who it came from, it didn't come from me. Like I said, there wasn't anything that happened at shootaround that warranted something like that. 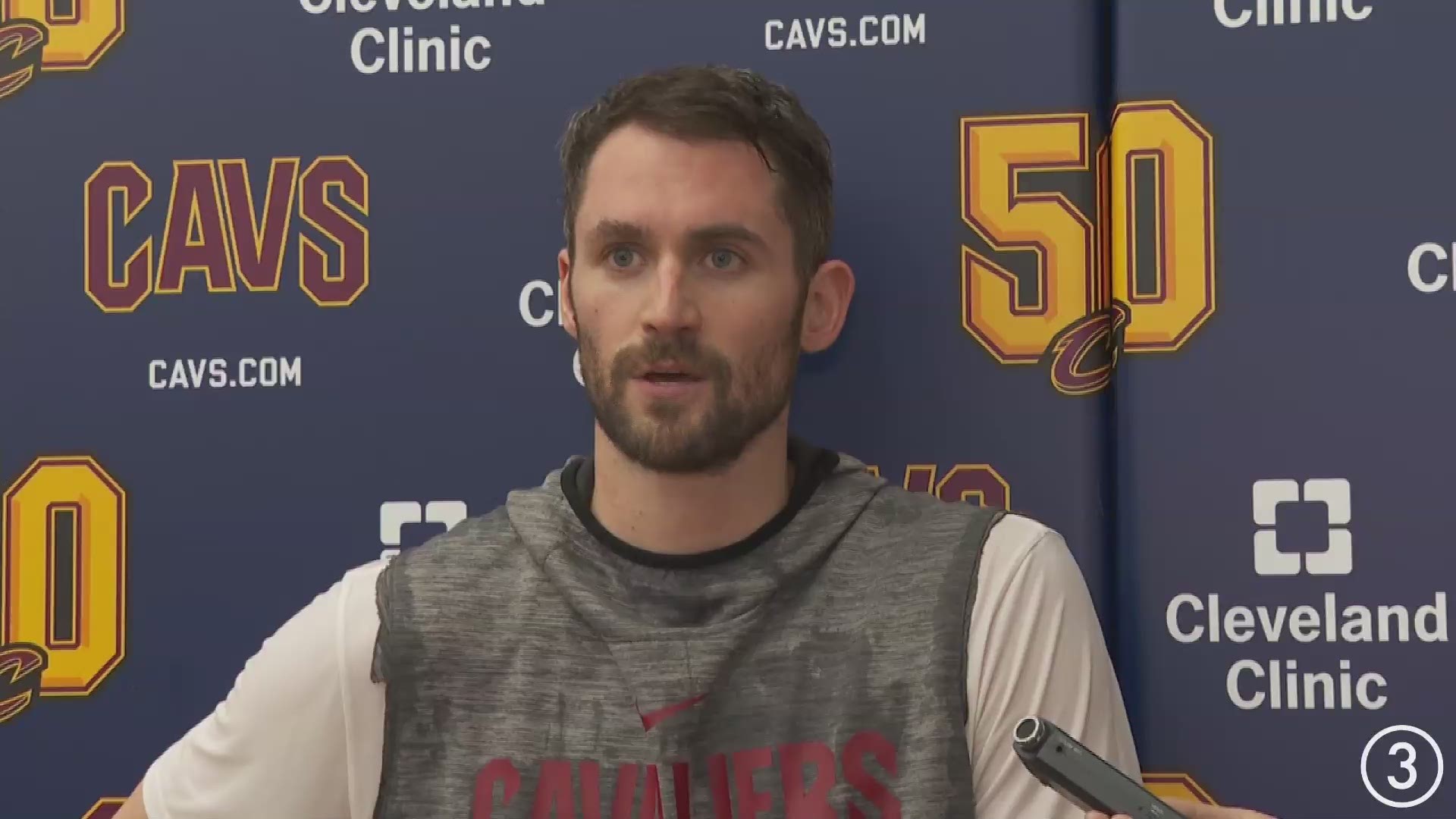 "And then the playcall right before the half, I thought we would have seen a mismatch between myself and Chris Paul at least in a size perspective. I threw my hands up and that was childish. I let my emotions get the best of me and that happens over the course of a season, especially when things don't go well. But for me to do it publicly like that, that was on me."

Although Love said he met with Altman and Beilein prior to the Cavs' loss to the Minnesota Timberwolves on Sunday -- in which he didn't play -- in order to clear the air, his on-court antics became widely discussed around the NBA, especially with the league's trade deadline just weeks away.

But while at this point, it seems like common knowledge he'd prefer to play elsewhere, Love insisted that he doesn't regret signing a 4-year, $120 million extension with Cleveland in 2018. He did, however, speak vaguely in regards to his future with the Cavs, who figure to be one of the league's most active teams between now and the trade deadline on Feb. 6.

"There was no blowup. There was no me talking about how much money I have. I'm an a--h---, I'm not that big of an a--h---," Love said. "I'm not perfect. I'm still working on myself on and off the court. But this isn't about that. It's about me getting better because I promised I would.

"I don't care if I'm here for five more months or five more weeks, I'm going to try to do my best by these guys and by the coaching staff. That's on me."