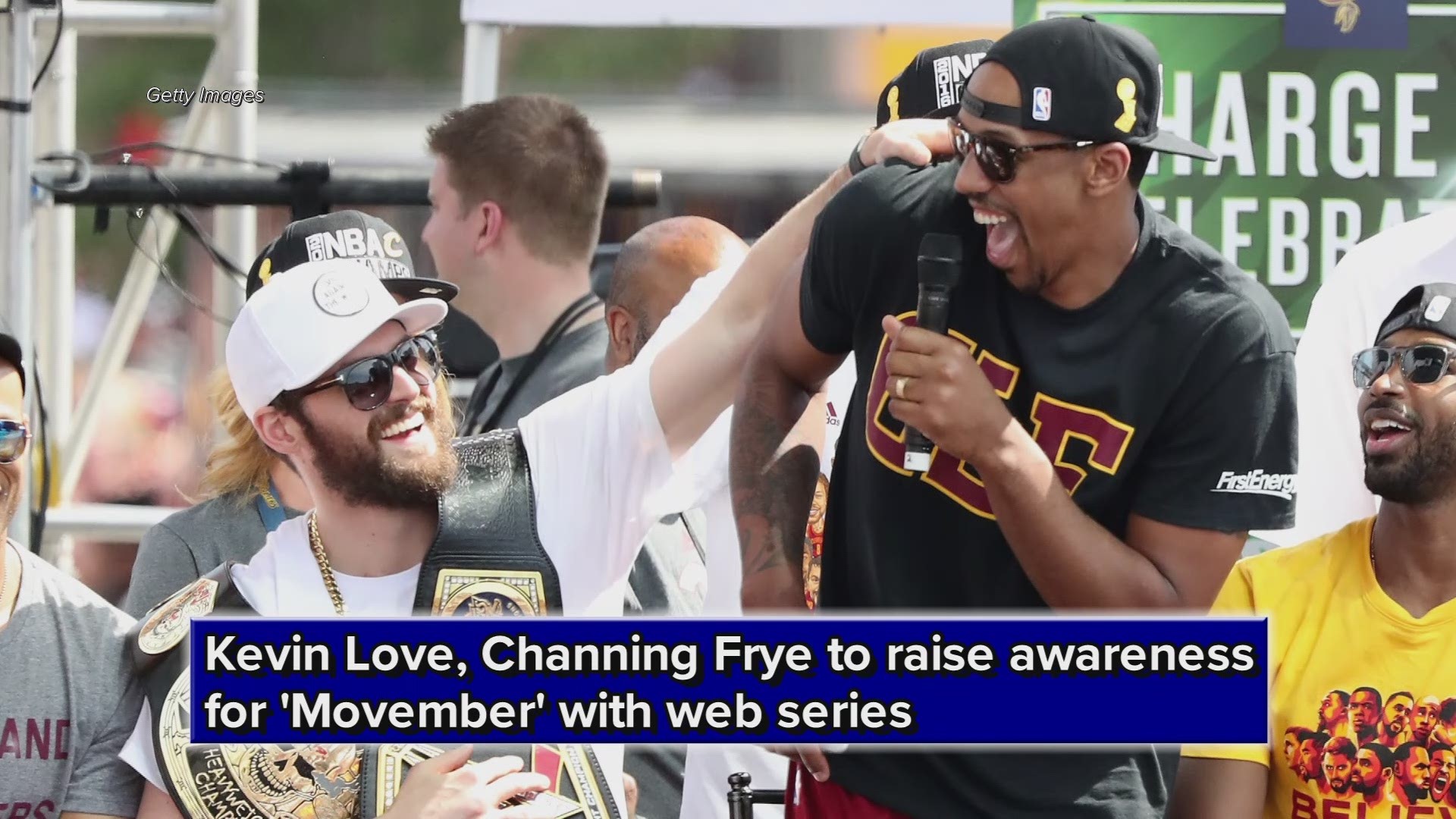 CLEVELAND -- Kevin Love may be temporarily sidelined, but the Cleveland Cavaliers All-Star forward won't be hard to find in the coming weeks.

On Thursday, Schick Hydro announced a new web series titled "Locker Room Talk," which will be hosted by Love and feature guests such as Olympic gold medalist swimmer Michael Phelps, former NBA star Paul Pierce and his Cavs teammate and friend, Channing Frye. Throughout each episode, Love and his guests will discuss "what positive masculinity means today," while also raising awareness and funds for the Movember Foundation and the Kevin Love Fund.

“I am grateful to have been chosen by Schick Hydro to host Locker Room Talk in hopes of shining a light on issues of masculinity that impact all men,” said Kevin Love. “Through this new series, I hope that together, we can inspire all men to embrace their own version of positive masculinity.”

Earlier this year, Love became one of the most prominent advocates for mental health when he revealed his struggles with anxiety and panic attacks in an essay for The Players' Tribune. In September, he announced his new initiative, 'The Kevin Love Fund,' with the goal to promote emotional and physical well-being.

"Today, I'm starting the Kevin Love Fund, which is going to empower people to really work on their physical, but also mental well-being, because we know that is so huge," Love said during an appearance on 'Today.'

Donations to the Movember and Kevin Love Fund can be made through an Omaze campaign. Those who donate at least $10 will be entered for a chance to win VIP tickets to a Cavs game, with an opportunity to hang out with Love prior to the contest.

Donations are now open and will run through early-December.