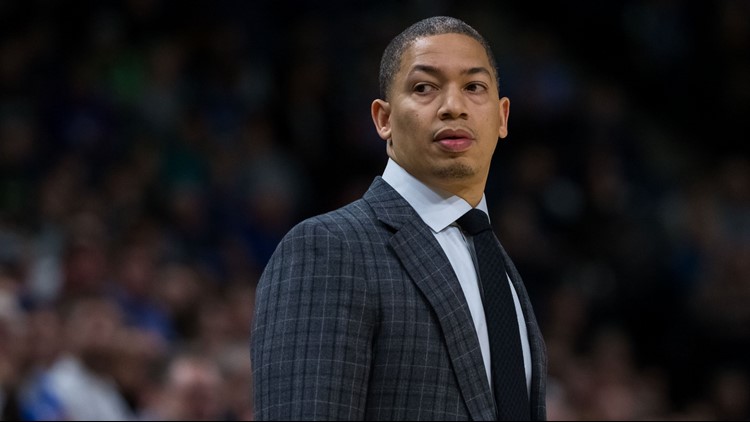 CLEVELAND -- On Friday, Tyronn Lue was given the second-best odds of being the first NBA head coach fired this season.

That ticket just cashed in.

WKYC has confirmed the Cavs parted ways with Lue following an 0-6 start to the 2018-19 season. News of Lue's firing was first reported by Shams Charania of The Athletic.

After taking over for David Blatt midway through the 2015-16 season, Lue amassed a 128-83 regular-season record. In the playoffs, his teams went 41-20 while winning three straight Eastern Conference titles and the 2016 NBA title -- the Cavs' first in franchise history.

Following the offseason departure of LeBron James, however, Cleveland was expected to begin a youth movement of sorts, while simultaneously attempting to compete for a playoff spot. Less than two weeks into the season, those two tasks already appeared at odds, as Lue juggled giving playing time to his younger players and the holdover veterans from last year's Finals team.

The result was an 0-6 record, including three blowout losses on the Cavs' home court. On Saturday, Cleveland lost to the Indiana Pacers by a score 119-107, as All-Star forward Kevin Love missed his second straight game with foot soreness.

In addition to being one of two winless teams left in the league this season, Cleveland currently lays claim to the worst point differential in the NBA.