The Cleveland Cavaliers announced on Tuesday that TV play-by-play announced Fred McLeod has passed away. 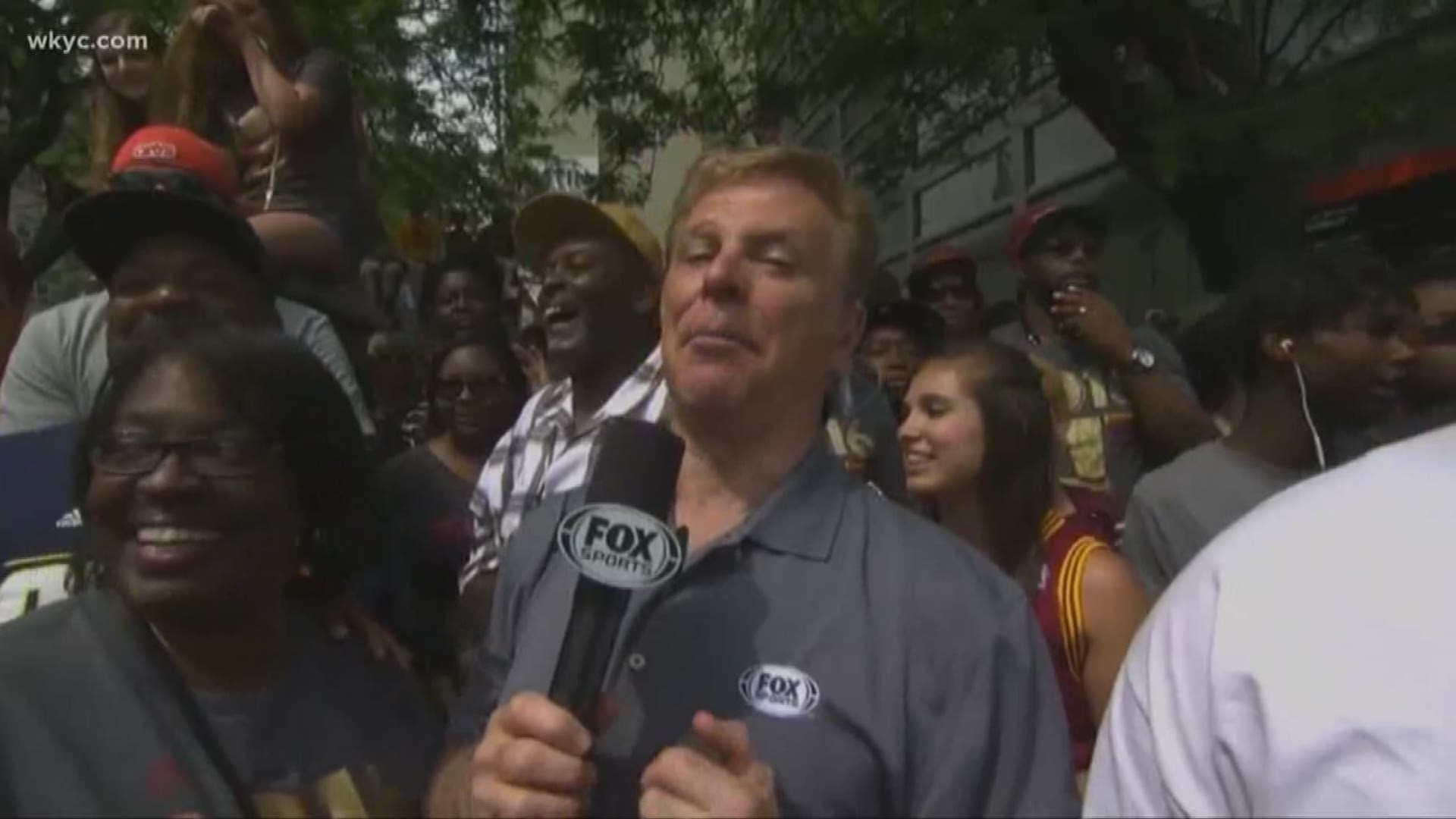 CLEVELAND — The Cleveland Cavaliers find themselves without a voice on Tuesday after the team announced that television play-by-play announcer Fred McLeod tragically passed away on Monday evening.

During his time in Detroit, McLeod had a Michigan State student named Dan Gilbert serve as a broadcast intern. One year after he purchased the Cavs in 2005, Gilbert hired McLeod to be the franchise's television voice, teaming him with Cavs legend Austin Carr to become one of the league's most enthusiastic and memorable broadcast duos.

Over the course of their 13 years together, McLeod and Carr called five NBA Finals seasons for the Cavs, including the team's 2016 NBA title, which marked Cleveland's first championship in 52 years. McLeod's emotional call and reaction to the title was caught on camera by his wife, Beth McLeod, a meteorologist at WJW Fox 8 in Cleveland.

In addition to his NBA Finals call, McLeod's unmistakable enthusiasm served as the soundtrack for many of the most memorable moments in Cleveland sports history. Among his signature catchphrases, "Right down Euclid!" could often be heard when a Cavs player successfully drove down the lane, while "sweaty palms time" connoted the final moments of a close game.

In addition to his work with the Cavs, McLeod served a the television play-by-play analyst for the Detroit Lions' preseason games this past summer.

Among his many accolades include three Lower Great Lakes Emmy Awards as a member of Fox Sports Ohio's Cavaliers broadcast team. In 2010, he was inducted into the Elizabeth-Forward High School Hall of Fame. He was a graduate of Point Park University in Pittsburgh, where he played baseball and pitched in the NAIAA College World Series.

Fred is survived by his wife, Beth, his sister, Lynn, and their three adult children, Sean, Jenna and Molly.

MORE: Jim Donovan and Dave "Dino" DeNatale look back at the life and career of Fred McLeod on the Donovan Live Postgame Show:

RELATED: A look back at Fred McLeod's best catchphrases