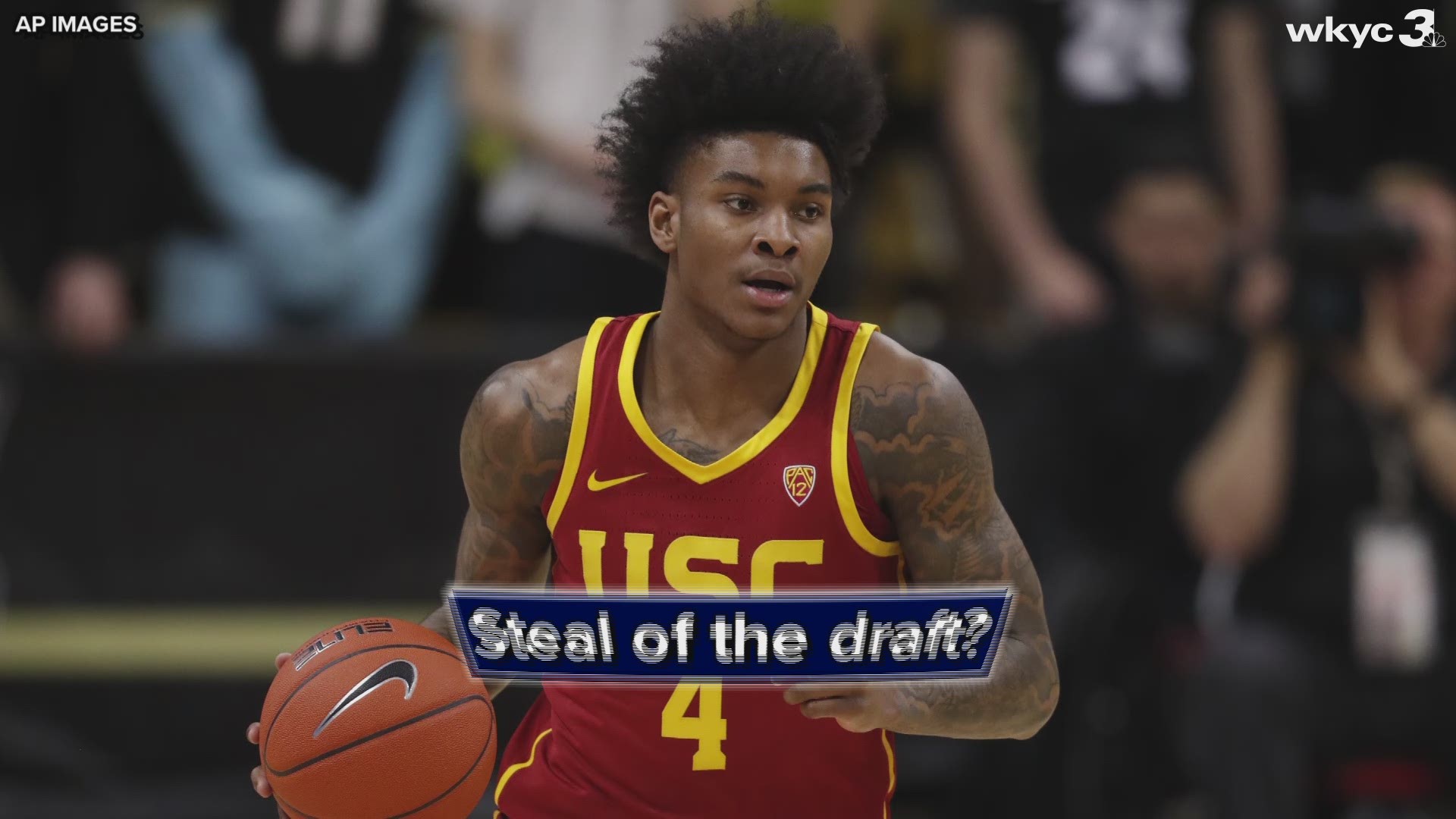 CLEVELAND — Falling to the final pick of the first round, many believe the Cleveland Cavaliers got one of the biggest steals of the 2019 NBA Draft when they selected Kevin Porter Jr.

In what has become an NBA offseason tradition, the league released its annual rookie survey, in which incoming first-year players vote on various subjects across the league. And while the Cavs' three first-round picks were largely absent from this year's lists, Porter did give Cleveland at least one victory as he -- along with Denver Nuggets big man Bol Bol -- was voted biggest steal relative to where he was selected in the draft.

"As it often does, this question got the biggest range of answers, including each of the last six picks of the first round. But Bol and Porter, two of the six players from the Pac-12 Conference, clearly stood out among the group," NBA.com's John Schumann wrote of the subject. "Draymond Green is the only one of the previous 16 players to earn (or tie for) the most votes on this question (which was worded "Which rookie is being most overlooked" through 2014) that has ever been an All-Star, though Donovan Mitchell is certainly a potential All-Star in the years to come."

Porter, who was selected with the No. 30 pick and Bol, who was selected with the No. 44 pick, each earned 19 percent of the vote from the rookies surveyed. Finishing third was a five-way tie between Boston Celtics guard Carsen Edwards, Portland Trail Blazers guard Nassir Little, Dallas Mavericks forward Isaiah Roby, Chicago Bulls guard Coby White and Boston forward Grant White, who each received five percent of the vote.

Despite his fall in the draft, it doesn't necessarily come as a surprise that Porter is as highly thought of among his draft classmates as he seems to be. The former 5-star prospect entered his college career as one of the sport's most highly touted freshmen, but saw his lone season at USC hampered by injuries in off-court issues.

Nevertheless, the 6-foot-6 shooting guard's raw talent and high upside haven't been lost on his peers. And they also happened to be on full display over the weekend, when the Seattle native totaled a 40-point triple-double in NBA veteran Jamal Crawford's pro-am league.

Swingman Dylan Windler, who the Cavs picked at No. 26 in the first round, also received votes for biggest steal, best shooter and best career.