Zydrunas Ilgauskas stopped by the WKYC studios to chat with our Jim Donovan as he prepares to receive the Lifetime Achievement Award at the Greater Cleveland Sports Awards next month. 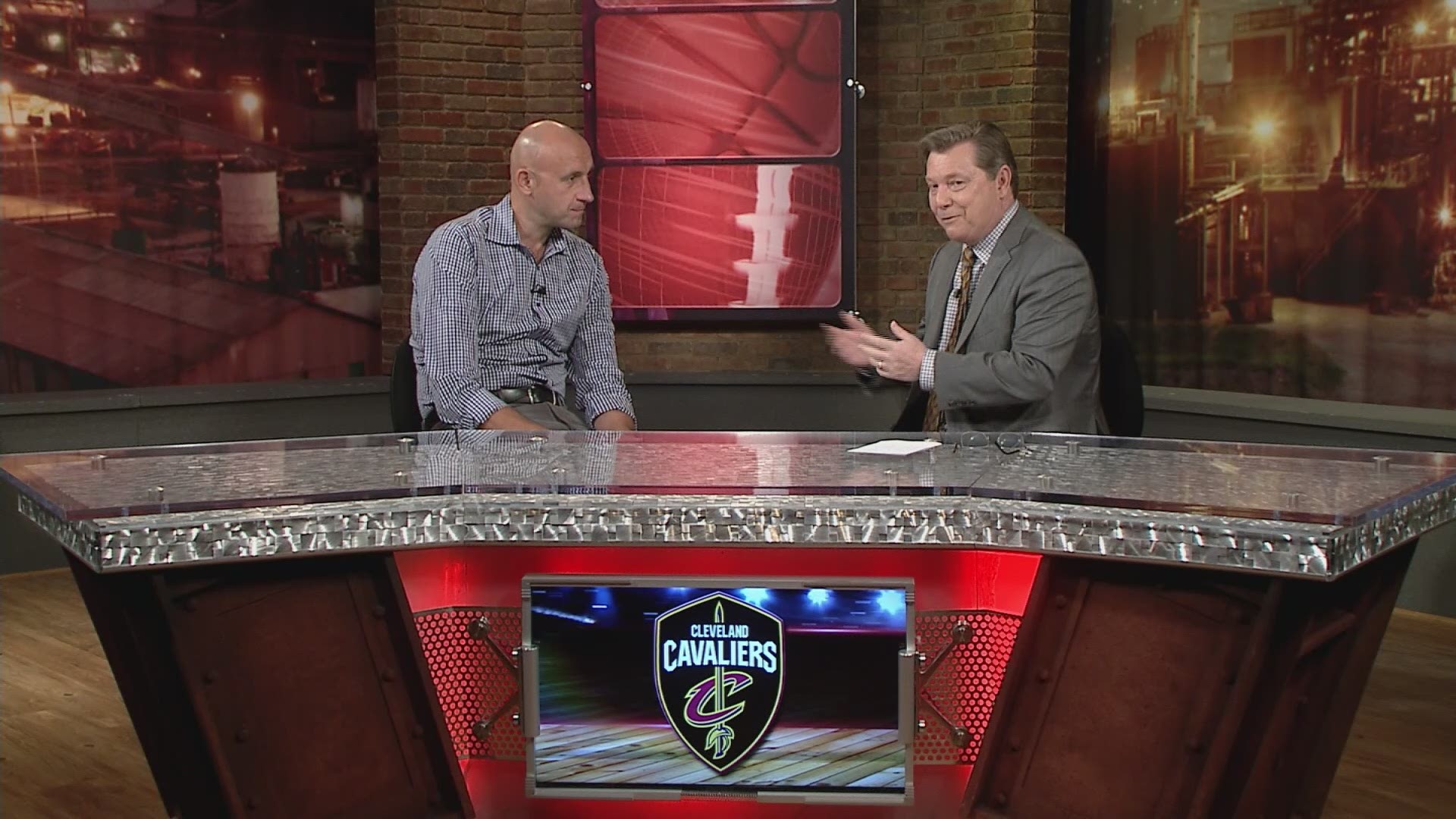 Before he accepts the Lifetime Achievement Awards at next month's Greater Cleveland Sports Awards, Cleveland Cavaliers legend Zydrunas Ilgauskas stopped by the WKYC studios to chat with our Jim Donovan.

Ilgauskas will be honored for his achievements at the 18th Greater Cleveland Sports Awards banquet at the Renaissance Cleveland Hotel on Wednesday, January 17, 2018.

Selected in the first round of the 1996 NBA Draft, Ilgauskas battled multiple foot injuries and had to undergo extensive, and oftentimes, cutting-edge surgeries in the early part of his career, but managed his way through the obstacles and became a two-time NBA All-Star.

Also, Ilgauskas was tied for the most playoff games played in Cavaliers history, and during those 71 contests, he averaged 11 points, totaled 523 rebounds, and blocked 82 shots. His 784 points are third-most in Cavaliers playoff history.

The Lifetime Achievement Award is the latest honor for Ilgauskas since his playing days came to an end.

On March 8, 2014, the Cavaliers played host to a team that calls the bright lights of Broadway home in the New York Knicks, but the spotlight shined brightest on Ilgauskas, as dozens of people who were a part of his life during his 10 years with the club, and a sellout crowd of 20,562, celebrated as the organization bestowed its highest honor on him.

The Cavaliers recognized Ilgauskas by retiring his No. 11 jersey and hoisting it to the rafters of Quicken Loans Arena alongside the greatest players in the history of the organization, guards Bobby “Bingo” Smith (7), Austin Carr (34) and Mark Price (25), forward Larry Nance (22), and centers Brad Daugherty (43) and Nate Thurmond (42), as well as former radio broadcaster Joe Tait.

Ilgauskas is the third member of the Cavaliers’ organization to receive the Lifetime Achievement Award.

In 2007, Tait was recognized for his accomplishments behind the microphone, and Carr was honored with the Lifetime Achievement Award in 2012.

Watch Jim's interview with Zydrunas Ilgauskas in the player above